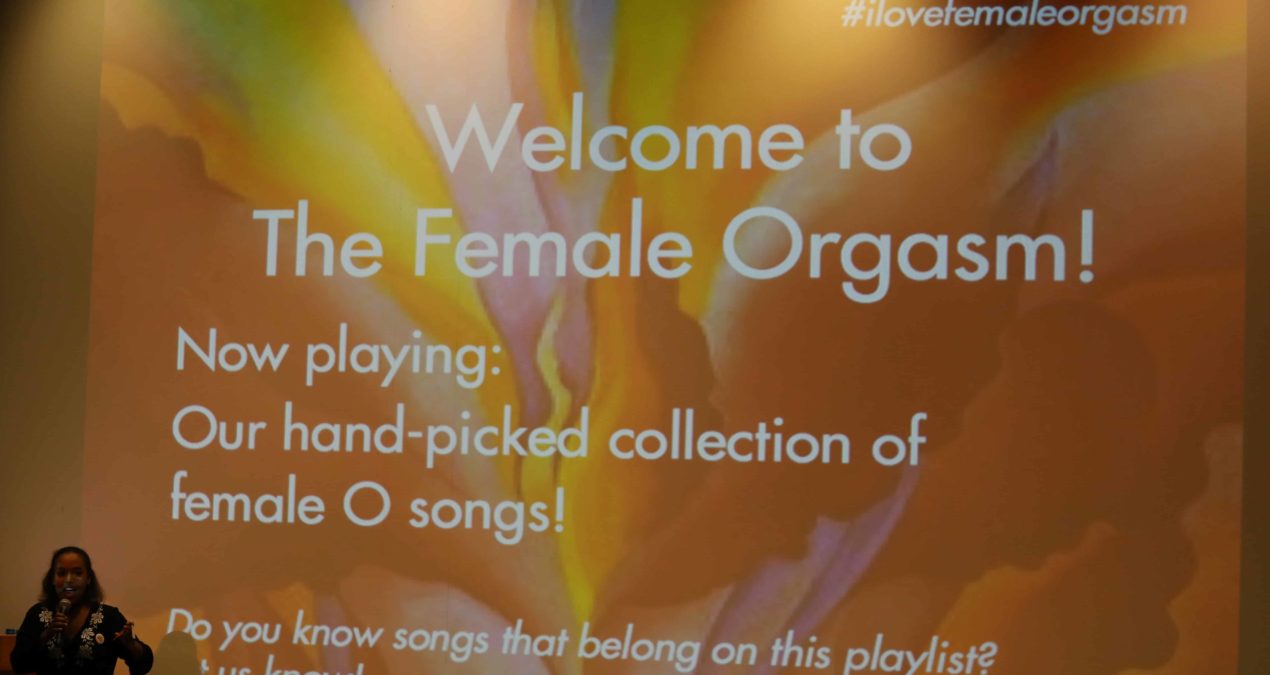 The  female orgasm is not a subject that many college students speak about with their friends.

So, when speakers Marshall Miller and Dorian Solot, the co-founders of Sex Discussed Here!, came to Denison to talk about the subject, excitement filled Slayter auditorium.

Before the presentation even started, the auditorium was packed with enthusiastic students.

Those who arrived late had to be turned away due to lack of room in the space in the auditorium. At the beginning of the program, the audience was asked what they had heard about the female orgasm, but few raised their hands.

For many, sexuality seems to be an intimidating subject to talk about, especially in front of such a large group of people.

The pressure to explain experiences about  having, not having had, or having multiple orgasms can be stressful for many college students, but the presentors did their best to create a sense of safety so that the audience members felt more comfortable opening up to their peers.

The crowd was later split into three groups; those who identified as female, male or neither.

These groups were meant for students to feel more comfortable and personal about whether they had experienced an orgasm at some point in their life.

A few people raised their hands and told stories, some even with a sense of humor that made people feel relaxed. Near the end of the program the speakers put up some images of the structure of the female parts.

This was to educate the audience of the anatomy of their body parts, for students to realize that all bodies are different and there is nothing wrong with that.

The president of the Denison feminists Erin Katalinic ’16, a psychology major from Columbus, Ohio, mentioned that, “for some people this may be their first time they are told about their genitals which is so empowering.”

She finds these events to be useful for college students as she believes that “it’s great that it’s so popular among first years. I think that it’s nice that there’s a program that talks about sex for pleasure, in addition, to sexual assault programs.”

At the end of the program, it was interesting to hear students talking about the subject respectfully. Armando Roman ’19 said he “liked learning about the topic itself and how scientific it was and how they were joking and managed to keep our attention.”

“I thought that it was really interesting because at home I didn’t talk about sex that openly and they[the speakers] made it seem healthy as long as there is consent on both sides,” said Nina Mercado ’19 a chemistry major from Chicago.

These types of events are put on by the Center for Women and Gender Action; the Female Orgasm is one of the most popular events brought to campus by the center annually.