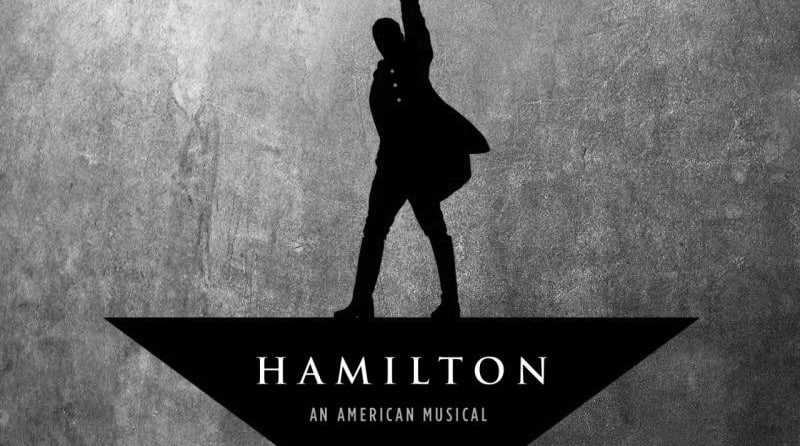 Some of the most well-reviewed new showtunes currently on Broadway are coming to an iPhone near you. Hamilton, an R&B and hip-hop influenced retelling of the life and times of Alexander Hamilton, sounds nothing like a typical musical but nonetheless has been playing for sold out crowds since it debuted at the Richard Rogers Theatre in the summer.

The show stars Lin-Manuel Miranda, who also wrote the music, lyrics and book. Inspired by Ron Chernow’s biography titled Alexander Hamilton, the show tells the story of the most influential immigrant in American history, an orphaned founding father who helped shape a nascent United States.

The cast album of Hamilton is already available digitally and will be released in stores on Oct. 16.

Many of the founding fathers are portrayed in the show, though the actors are made up of an amalgam of the modern United States. Similar to Miranda’s last groundbreaking work, In the Heights, the cast is almost entirely comprised of black and Hispanic actors.

Hamilton may be about the founding fathers, but women play a significant role in the show. Most notably, there are Angelica and Elizabeth Schuyler, high status sisters smitten with the founding father, the latter of whom becomes Hamilton’s wife. Later in the show, drama is added when an extramarital affair comes to light.

The end of Hamilton’s life is also retold with importance, from a little known 1801 duel that ended with his son, Philip, dead, to the famous 1804 duel between Hamilton and Aaron Burr that notoriously kills the show’s star.

Do not worry if you are unfamiliar with the concept of a duel – all of the rules are explained in the first act’s “Ten Duel Commandments.”

Musically, Hamilton takes plenty of influence from In the Heights, the 2008 Tony Award winner for Best Musical that was also written by and starred Lin-Manuel Miranda. The first act finale, “Non-Stop,” includes part overlaps reminiscent of Heights’ “96,000.” The instrumentation, namely the openings to select songs, including the first song of the show, call back to Bring it On, an adaptation of the cheerleading movie for which Miranda wrote a portion of the lyrics and music. Rest assured, Hamilton is not self-plagiarism, but rather an evolution of Miranda’s impressive prior works.

Musicals rooted in American history are nothing new on Broadway. In 1969, the musical 1776 won the Tony for Best Musical. It ran for 1,217 performances and spawned a 1972 movie adaptation. More recently, Bloody Bloody Andrew Jackson, a hit-and-miss emo rock musical, closed after just 120 performances in 2011 and was not profitable. If reviews and sales are any indicator, Hamilton looks poised to set a new standard and take home plenty of hardware at next year’s Tonys.

Each and every one of the 46 songs on the Hamilton cast recording is worth listening to at least once, especially in terms of figuring out the plot. There are rap battles taking place in the Cabinet, ballads both slow and fast and music that sounds nothing like stereotypical “showtunes.”

Both act finales, “Non-Stop” for act one, and “Who Lives, Who Dies, Who Tells Your Story” for act two, are true showstoppers that get mixed with plenty of catchy tunes, including “What’d I Miss,” the opening number of act two about Thomas Jefferson’s return from France, and “Wait for It,” an Act One song that drops a beat in the middle of a serious soliloquy about the relationship between life, love and death.

Hamilton, as a whole, is superb, and should already be in a musical fan’s library. Even if the only musical you know of is Rent because you watched it on Netflix last weekend, this cast album is worth a listen, and likely more than just one.