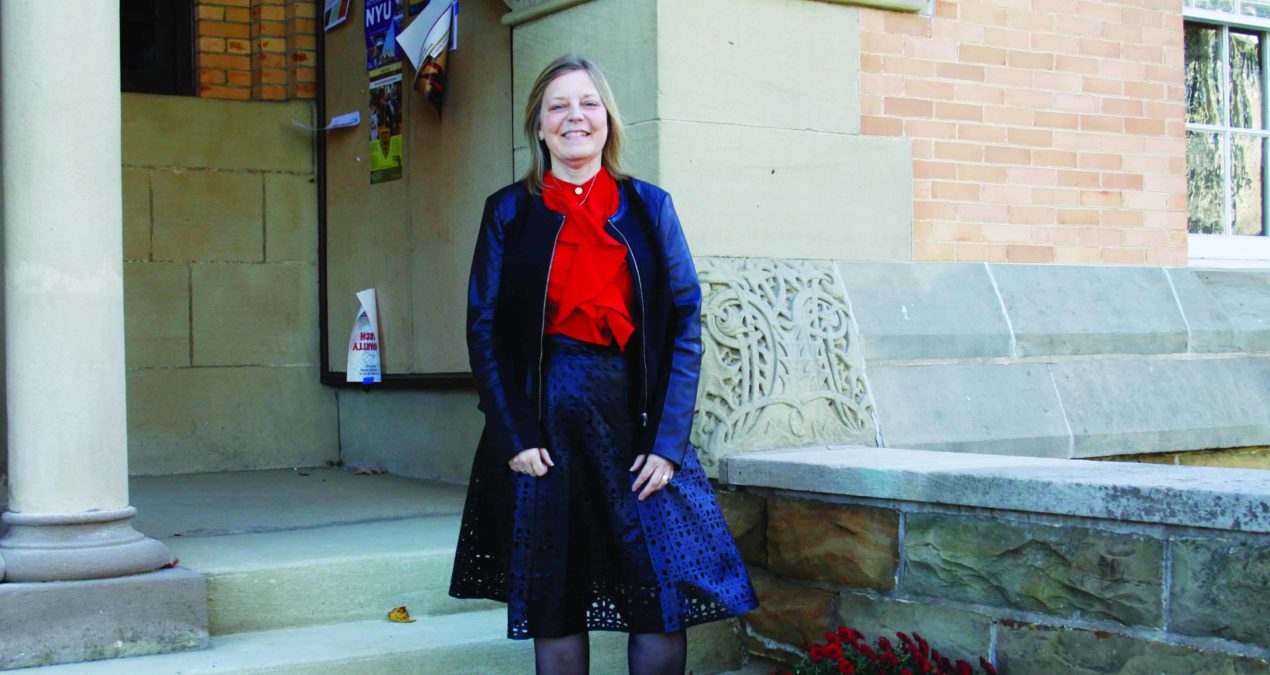 Patricia A. Ruess began working at Denison more than twenty-five years ago. In the span of a quarter century, Ruess has had an unobstructed view of the countless changes that have commenced during her  tenure.

“I’ve had a journey around campus in a way,” Ruess said.

Ruess’ journey around campus has included nearly five stops in four different offices. She began her first position as Senior Executive Assistant to the Office of the President in 1990 under then President Michele Myers after moving to to the Granville region.

After the birth of her son, “Michele Myers offered me the opportunity to go into the role as the Institutional Research Coordinator” Ruess said.  In that capacity,  Ruess compiled the university fact book and advised Myers on comparative reports about information that she needed in order to make decisions.

After nearly eight years in the Institutional Research Coordinator position, Ruess began to believe that she wanted to  interact more closely with students and in order to do so she moved into the Religious and Spiritual Life Office through a grant program. “I had been in these administrative roles for twelve years or so and I wanted to get to know students personally,” Ruess said.

In the Lilly Grant Program, based out of the Religious and Spiritual Office, Ruess’ interactions with students allowed her to travel to Guatemala on a service trip with students. “Students have life impacting experiences at Denison and I feel as though Guatemala is an example of one as a staff member I had,” Ruess said. Ruess’ position in the Religious and Spiritual Life ended after seven years as the grant that provided the program’s funding was originally a five year grant with several one year extensions.

“I felt ready for a change and a position in the First Year Office opened up. I’ve had this approach that I’ve been ready for new challenges and I learned a lot about what we say to families and our [June and August] orientations,” said Ruess.

One key change that Ruess helped implement was the class picture. “Everybody use to stand in a big square,” she said. “My husband helped me draft the 2015 class (’15) out on the Common and now they still do that tradition.”

“Trish is an incredible asset to Denison” Jenny Pearlman explained. “I’ve been fortunate to work with her for eight years, and am continually impressed by her energy, as well as her knowledge of and commitment to the Denison community.”

After only one year of working in the First Year Office, Ruess’ old position of Senior Executive Assistant to the Office of the President opened up again under Dr. Weinberg.

“There are staff across campus, who dedicate their work lives to Denison,” Weinberg said. “They make this college work. They bring tremendous talent and commitment. They care about Denison and each other. Trish represents these qualities and attributes of Denison everyday in every interaction. It is an honor to work with her.”

As times have changed, Ruess sees patterns in students about their wants and desires for the campus “When I was here initially there was a bowling alley on the first floor of Slayter and students were not interested in that. It might be just a rumor, but, sometimes I hear that they would now like that. Things that students want come back,”Ruess said.

After considerable thought, Ruess completed her journey around campus and back to her old position.  It is evident  that Ruess has truly enjoyed her tenure at Denison.  “I have so many great memories from each of those positions,” she said.