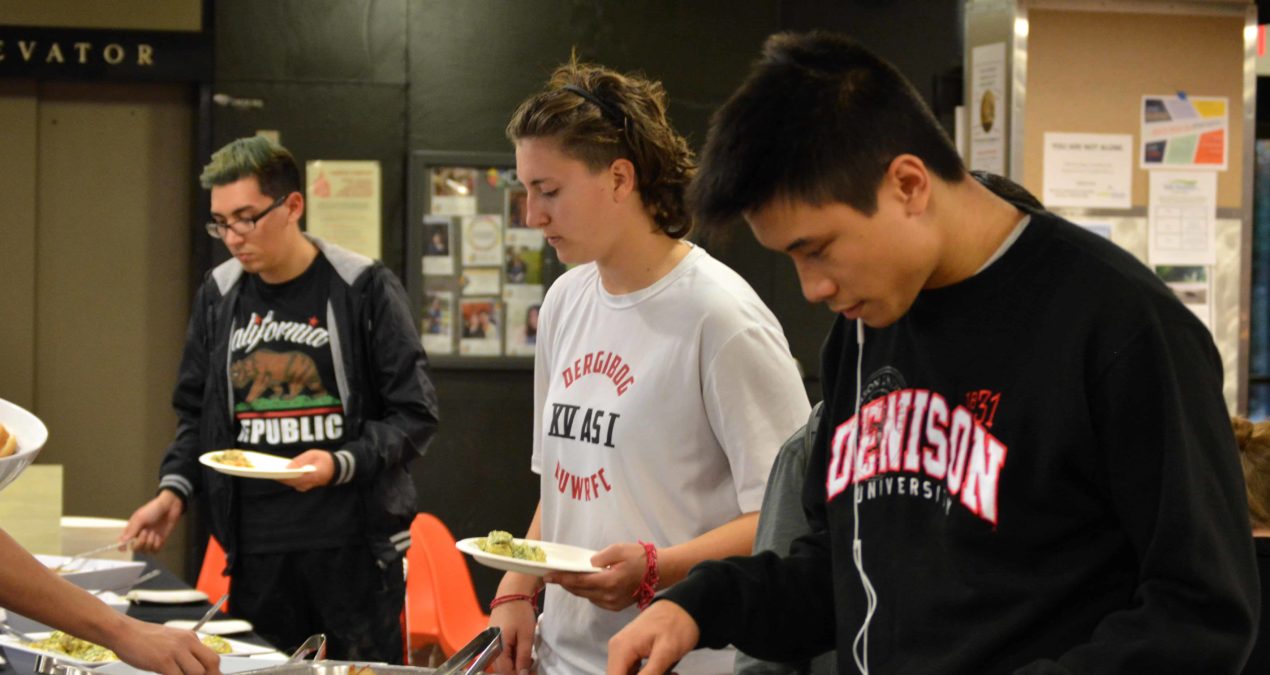 The Bandersnatch, home of everyone’s favorite late night milkshakes, snagles and pizza bagels, recently celebrated its 50th anniversary of serving up delicious treats on Denison’s campus. A celebration that included great food, live bands and karaoke, was held in Slayter on Friday, Oct. 23.

The late night chill spot was established in 1965 by a group of student musicians. Over the past fifty years, it has undergone many changes. For starters, many people may not know that The Bandersnatch was originally called “The Cave” and 1968 marked the year that it took its current name. The Cave had a maximum capacity of about 80 people, and was a place fueled by a passion for music. As Denison’s first coffee house, it was a huge hit and it has been growing ever since. The founders, Jeffrey W. Pettegrew ‘68 and Dan Int-Hout ‘67, are now in a group called “The Countrymen” and still enjoy performing folk music together.

Functioning as an alternative dining option and social outlet for late night activities, The Bandersnatch, or “The Snatch,” has spent the last fifty years welcoming all Denison students to its warm and cozy atmosphere. It is no secret that The Bandersnatch is among the top favorite places on campus.

Sophie Murray ‘19 likes The Bandersnatch because “it’s got chill vibes and I like the music that plays.” She appreciates the dedication that the student body has to this student led organization. “It shows how dedicated the Denison community is to the endeavors of their peers as it has been around for so long,” said Murray.

Guests and alumni of all ages were welcomed to campus on Friday for an engaging schedule of events. An all-campus cookout was held at Slayter which featured a barbecue style dinner. Excellent food and a variety of student performers brought in a great crowd to celebrate fifty years of Snatch history.

Among those performers was Jon Sullivan ‘17 from Aptos, Calif. who provided an acoustic session and Jessica Ensley ‘17 from Shippensburg, Pa., with her unique solo performance.

A special guest appearance was made by The Countrymen whose folk performance was a treat for the audience.

Other events included a Bandersnatch trivia game and a meet and greet with President Adam Weinberg, which was held right in The Snatch on the afternoon of Oct. 24.