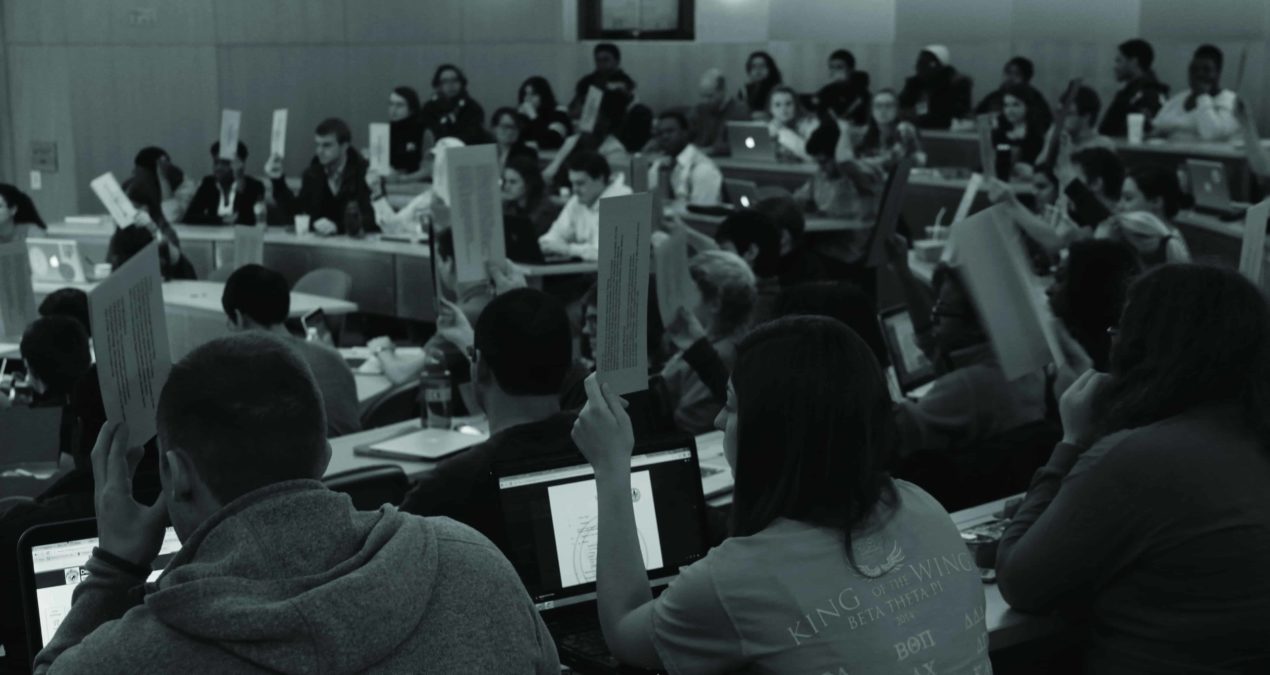 Six students have been selected to serve on a newly-formed Ad Hoc committee dedicated to reforming the distribution of activity fees to the Denison community. The committee was formed by DCGA in response to previous problems with distributing funds to organizations.   Last year, DCGA received requests for approximately $1.6 million in funding for campus organizations, about twice what is brought in by student activity fees.

“Our activity fees are $430 per year,” said DCGA President Giancarlo Vita ’17. “Since that only adds up to around $800,000, we immediately had to cut everyone’s budget requests in half.”

“It’s hard for us, since we’re part of organizations outside DCGA. It’s hard to tell people that we can’t give them the money they want when we’re members of the same groups we can’t fund.”

“The goal of the committee is to change the way we allocate funds,” said Finance Chair Sarah Anstaett ’18. “We want to get the opinion of all students. I hope to send out surveys to students to gauge their opinions at various points in the process. I also want to reach out to organization treasurers, since they have knowledge of the budget processes for their organizations. I want the students to be as involved as possible.”

Anstaett will serve as the chairperson of the committee, which will consist of Dylan Parson ‘16, Jewell Porter ‘16, Katie Landoll ‘17, Jake Lyon ‘18, Fernando Magna ‘17 and Isabel Randolph ‘16.

The Senate will be discussing a proposal to raise student activity fees for future school years. The proposal would raise fees by $50, from $430 to $480.

“Everyone is welcomed and encouraged to come participate in the conversation in Burton Morgan 115 at 6:30 p.m. on Tuesday,” says a post on the DCGA Facebook page.

“The Ad Hoc committee does not address new groups being created,” Anstaett said. “It will only assess the system for distributing funding.”

“It will be a conversation brought to the student body,” Vita said. “If we do raise [fees], how much? An increase of $20 per student would add about $44 thousand to the activity budget. Nothing has been decided for sure, though, and we can’t get our hopes up now because things may not work out.”

“I think it’s a great idea on paper,” Jack Caudle ‘17 said. “DITA was given 11 kriffing [sic.] dollars for DRAM (Drama Prom) before some drastic reorganization was done. Clearly some budget reworking is in order. Let’s hope this committee works.”