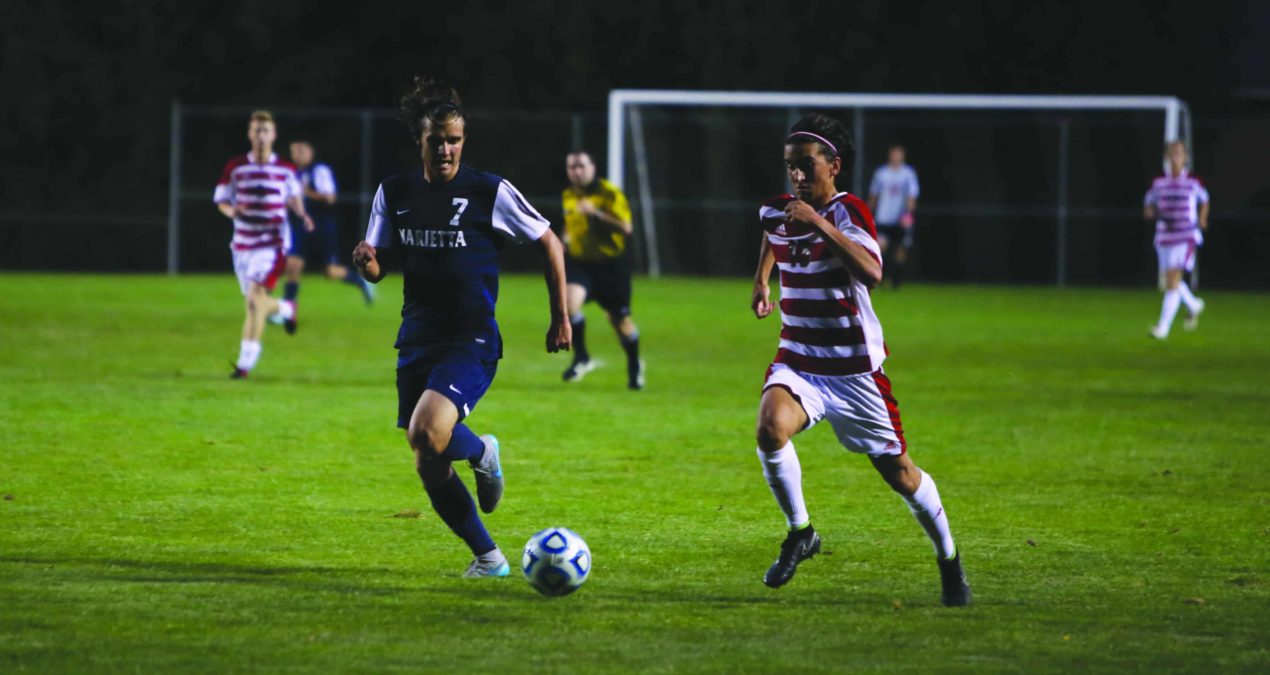 The men’s soccer team started off the week with a shutout at home against the Wooster Scots on Oct. 20. The Big Red posted a 3-0 win, placing them at 2-2-2 in the North Coast Athletic Conference and 10-2-2 overall for the season.

The first half was scoreless, although the Big Red dominated possession. Jordan Williams ’18 who capitalized on a penalty kick to score the first goal. This was Williams’ second successful penalty kick attempt of the season.

Kennedy Kommor ‘17 scored a security goal just three minutes later when he blasted a shot into the lower right corner of the goal. In the 69th minute Kommor scored again after settling a loose ball outside the box, sending a chipped shot into the back of the net. Brandon Kozack ’19 initiated the goal by having a shot denied by the crossbar to find the feet of Kommor.

The Big Red returned to Barclay Thomsen for a match against DePauw on Oct. 24. The game ended in a 2-2 tie, resulting in the team’s seventh overtime game of the season.

Kommor initiated the scoring on Saturday with a sliding shot into the upper right corner to push the Big Red to a 1-0 lead just eight minutes into the match. Thirteen minutes later the Tigers scored an equalizer.

The Big Red took the lead again when Williams scored his third penalty kick of the season in the 70th minute. However, the Tigers scored another equalizing goal, this time a header goal off of a corner kick.

The game was tied 2-2 at the end of regulation. In the first overtime, Jake Girardot ’18 almost walked away with the game winner, but his shot was deflected by the far post. DePauw had a chance on goal as well, but Cameron Boone ’17 was able to clear the attempt. Neither team was able to capitalize on their chances in either overtime period.

The tie against DePauw puts the Big Red 10-2-3 overall and 2-2-3 in the North Coast Athletic Conference.

The Big Red has suffered a couple setbacks and has battled through many overtime games. “I’m not sure what is missing,” Kommor said. “We have won a lot of close games throughout the year, but sometimes the ball doesn’t bounce your way and there’s nothing you can do about it.”

Girardot added, “I think that we got fatigued from playing so much. This was our seventh overtime game, so this contributed to this sense of fatigue. We have had issues with injuries on the team, and people picking up bumps and bruises, contributing to a couple drop-performances.”

The Big Red will travel to Wittenberg tomorrow to take on the Tigers at 7:00 p.m.