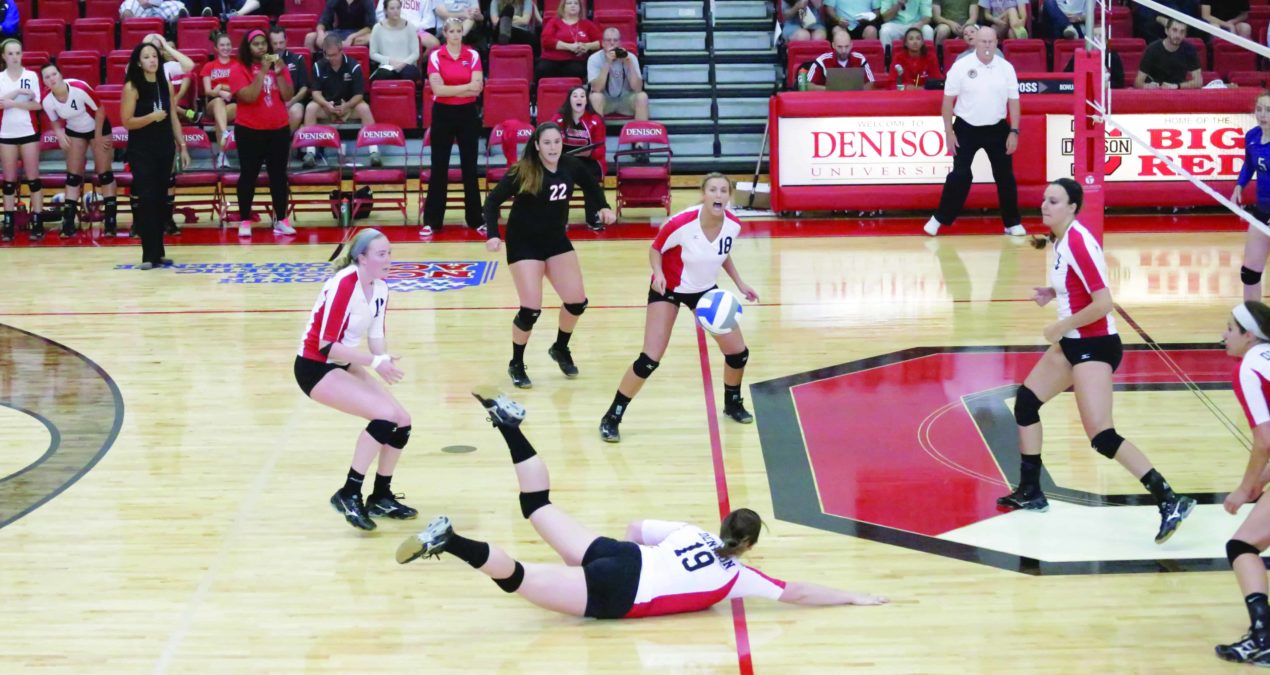 The Denison women’s volleyball team needs to dig themselves out of the three game losing streak they now find themselves in after a tough week.

Both of the DU women’s weekend games were played in Bethany, W.Va., with the Big Red taking on Heidelberg University and Bethany College respectively. In the first game, Heidelberg outplayed Denison in four sets as the Student Princes won three sets to Denison’s one.

Leah Reinfranck ‘18 registered 11 kills while Kristin Thewes ’18 managed 24 digs. As a group, the volleyball team had 76 digs while only committing 28 attacking errors.

The second game of the weekend was a straight set loss to Bethany College. Buroker  led the charge for Denison with nine kills while Kristen Brennan ’18 contributed to the defensive effort with 10 digs.

Despite the recent poor results, Coach Sarah Graves firmly believes in her vision for the program moving forward.

“The program is in good shape. We have a great group of women, they are athletic, they love the game. We have got a lot of weapons out there on the court,” Graves said.

The recent dip in form by the Big Red brought the team’s collective record to seven wins and eight losses. Next up for the Denison women is a home match against Otterbein at 7 p.m. on Thursday.