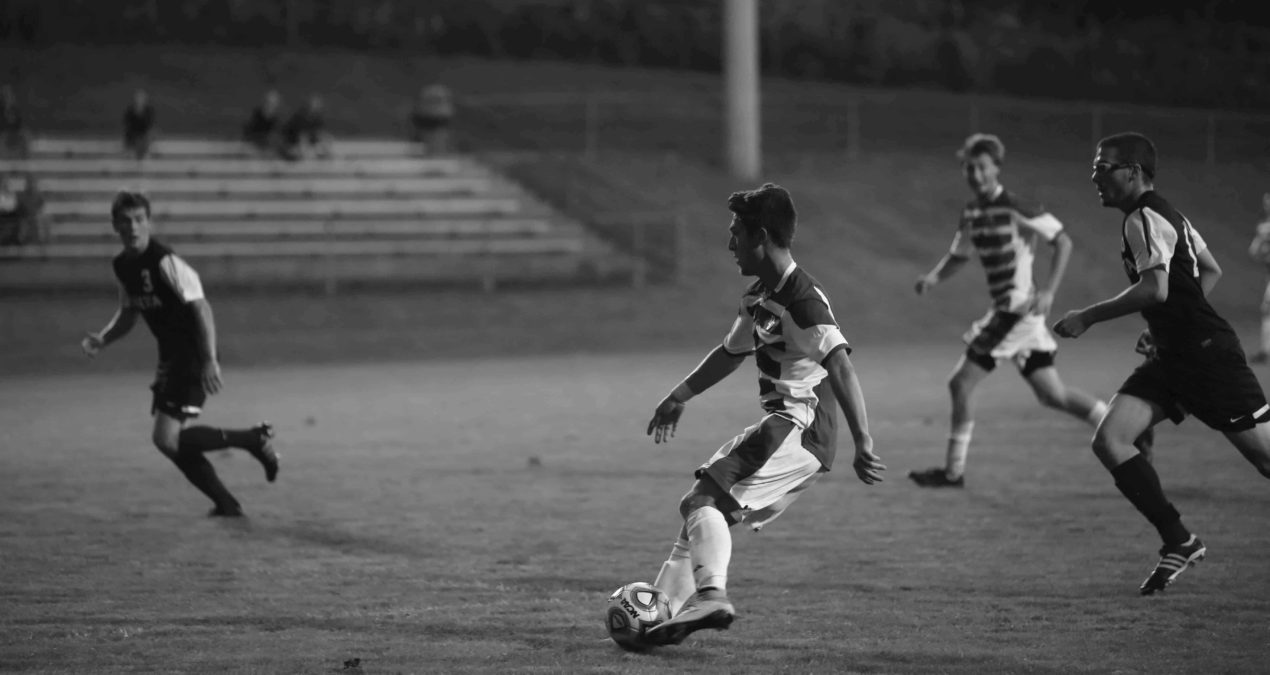 Despite the sunny weather, the Denison men’s soccer team went home empty handed after it suffered its first loss of the season to the Allegheny Gators this Saturday at an away match in Meadville.

A throw in which lead to a header, and ultimately to Donahoe’s goal, was the only one scored in the game. The goal came late in the game in the 85th minute of play. This late goal was enough to give Allegheny the deciding advantage at the end of the day.

The men’s team is one that knows how to stay focused throughout a game and battle to the bitter end. 9 out of their 10 games have been decided by one goal margin (1 of which was a 1-1 tie), and 5 of these same games have gone into either single or double overtime.

Although the men launched an offensive attack late in the game registering four shots on goal in the last few minutes, Allegheny goalkeeper Jake Pugliese played a great game, coming up with 6 saves throughout the game to hold off the charging Big Red.

Denison’s leading scorer Kennedy Kommor ’17 finished the game with a match-high 3 shots on goal, and was able to give some insight into the game.

“The team was excited for another in-conference battle against the gators,” he said, “but [we] came out a bit flat and couldn’t seem to get into the rhythm we have been accustomed to earlier in the season.”

Despite the loss, Kommor has no doubt that the team will bounce back in a positive manner for the remainder of the season. He believes that the leadership presented to the team through seniors Ryan Fine ‘16 and Blake Schach ‘16 will be enough to inspire the team to a great end of the season.

“We are a team led by two seniors, along with a handful of juniors. We are confident this team can go places and are looking to rebound against Wabash this Wednesday,” Kommor said. “We have to just keep believing in our abilities and never overlook an opponent. Our conference is one of the best in the nation and any team can be beat on any given day.”

The Denison men look to continue their standout season on Wednesday, in the second of a three game road stretch at Wabash College.