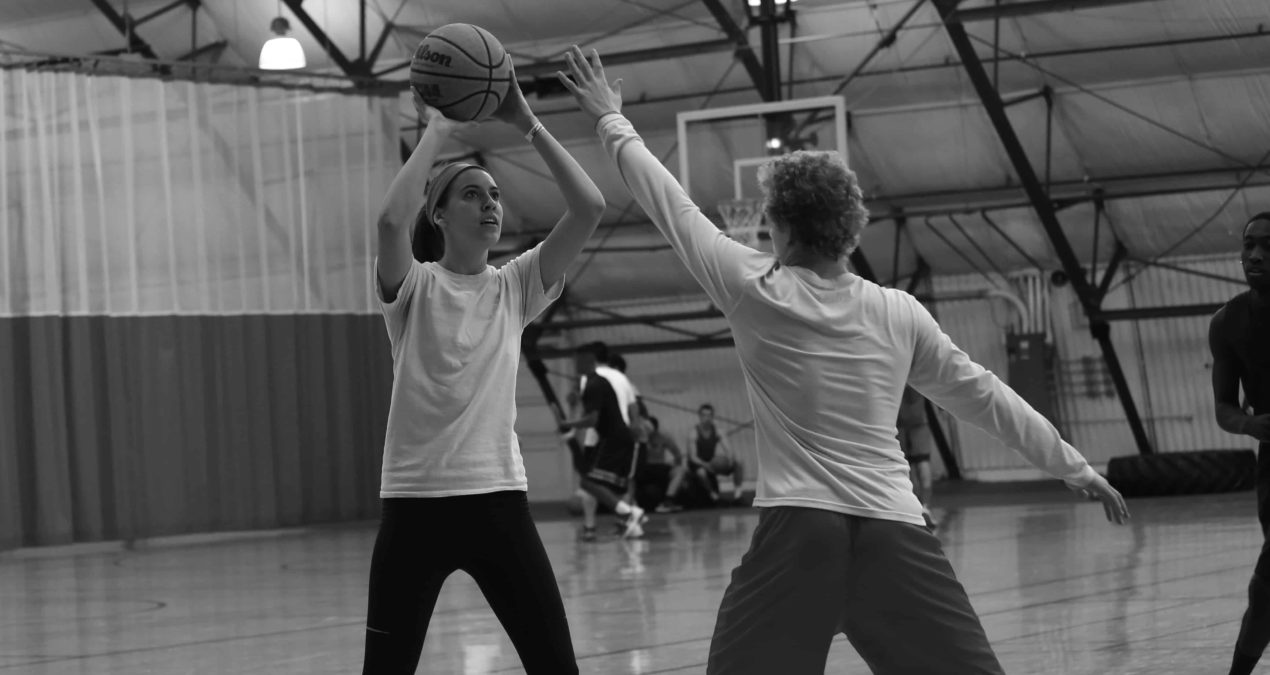 For Sigma Lambda Gamma member Janyce Caraballo ‘17, “Gamma Jam was a success. I was happy to see so many different groups represented at the tournament,” she said. The event was open to both member of the Greek community and the entire student population.

Similar to the Upward Bound program and Posse, TriO is a government funded organization for undergraduate students that provides support and financial assistance to students less fortunate.

The Upsilon Delta chapter of Sigma Lambda Gamma at Denison has fundraised for TriO since 2010.

Participants competed with three on three teams for a gift basket. In the past, the sorority held a kickball tournament for their fall philanthropy event. The decision to switch to basketball was more internal. The women of Sigma Lambda Gamma have been trying new things within the chapter to make events more accessible.

Having teams of three instead of five or six allowed more people to participate without worrying about meeting team quotas.

Plans and improvement are already in the works for next year’s tournament including a new bracketing system and more prizes to give away.

The women are also playing around with the idea of a different sport, such as volleyball or soccer,  in an attempt to make the fundraiser more co-ed friendly.

Another member of Sigma Lambda Gamma, Sarah Dixon ‘17, felt that the event really captured the community of Denison. “I would say the best part was seeing all the different organizations come out to support our event,”  she said.  “It made me happy that these people were all invested in coming together to raise money for a good cause and it meant a lot that they were there for Sigma Lambda Gamma. ”

This year’s Gamma Jam was a great success, as the women of Sigma Lambda Gamma continue to make their mark on campus through philanthropic events and fundraisers.

Gender and sexuality put into perspective in experimental film