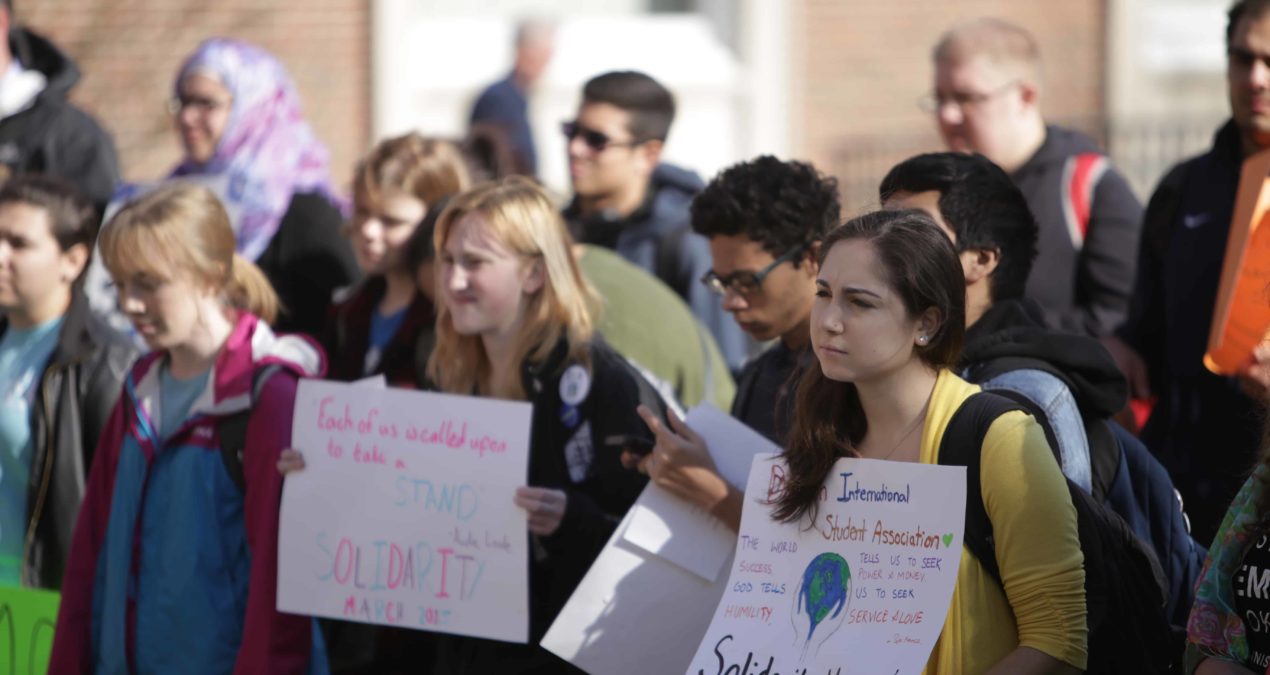 Students marched from the third floor of Slayter to the front steps of the library for the Solidarity March. The Solidarity March is a march in which different organizations on campus including Outlook, Black Student Union, African Student Association, Denison Feminists and others come together to raise awareness for different minorities and call for change in the Denison community.

The march was organized by Emily Henson, Vatsal Jhawar, Rhea Patil, India Anderson and Bryan LeBlanc in collaboration with CLIC and CCCE. The team has been vigorously working on organizing the event for the past month. Rhea Patil ‘19 said, “Planning the event was definitely a task because there were so many aspects of the march we had to finish in just a month. But I think seeing it come all together really made it worth it. I think the event was a great success as the goal was to bring people of different backgrounds together and stand up against issues in unity.”

On the steps of the library, leaders of student organizations gave speeches about changes and progress they hope to see on campus. They demanded not only reforms from administration but for their peers to acknowledge the fact we need to strive toward a more open campus that accepts all walks of life, regardless of their sexual orientation, skin color, race, gender, religion, physical abilities or anything else that makes them unique.

For many students, it was a powerful experience. Amirah Loury ’19 said, “The march was empowering because it showed how much people can care about things that do not directly affect them. We can’t just ignore that we have our differences, and that we experience college differently because of them. Having a feeling of community on campus is a very important asset.” And while the march was an empowering experience for many minorities on campus, it highlighted the work that needs to be done by Denison as a community, and hopefully we will see those changes soon.