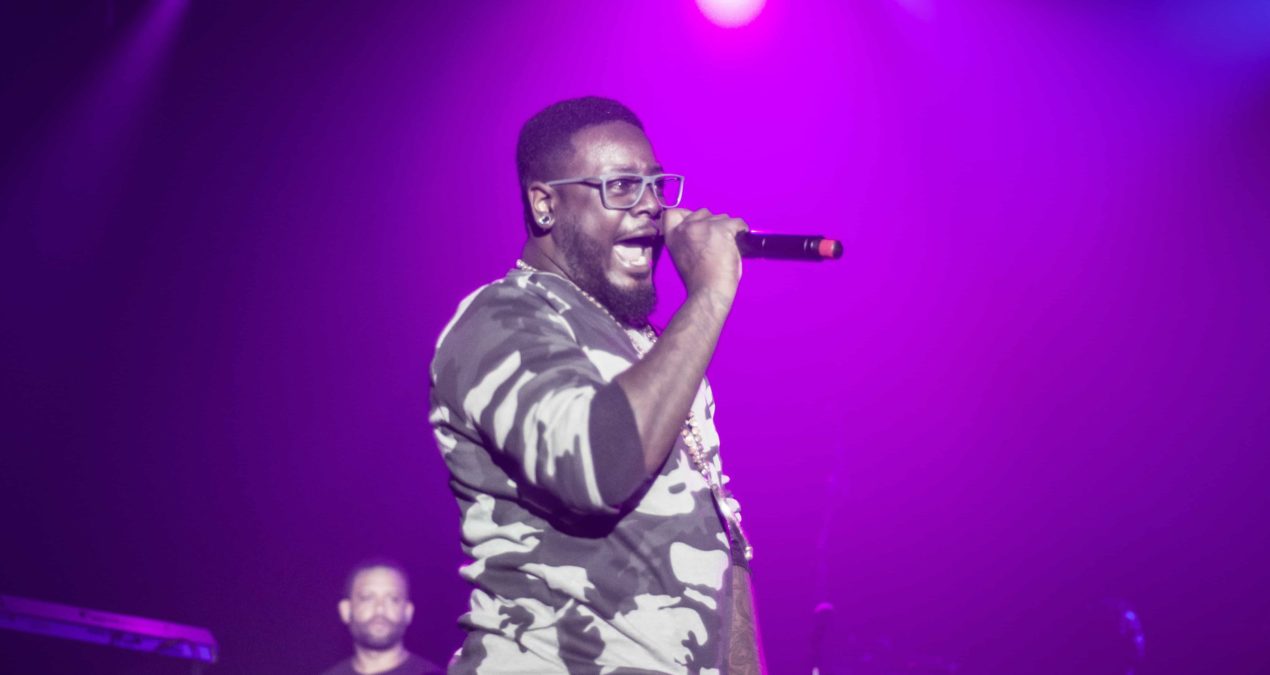 D-Day 2015 was a rush of weekend excitement. It featured a talented showcase of collegiate performers who prepared Denison for the hit of the night, T-Pain, opened by Grieves.

The performers ranged from the Denison Dazzlers strutting their stuff in a well choreographed dance routine to the mainstay college a cappella groups. It culminated with a pop concert that did its best to blow the speakers down.

But the event did not happen on its own. The entire day was coordinated by a savvy crew of students from the chairs of the D-Day 2015 committee all the way to the students who worked security at the front of the floor Friday night.

The process that brought the day to fruition began months ago when the 2015 D-Day committee members first met to iron out the details.

On Sept. 19 and 20, a group of student volunteers assembled at the Mitchell Center to film the D-Day video.

Before the video was released, rumors began to spread by word of mouth and on social media that T-Pain might come to Denison on Oct. 30.

The first section of the day that played out on the Reese-Shackelford Commons included the highly anticipated student performances in front of a dinner buffet.

Nick Staniszewski ‘19 depicted the setting saying, “It was interesting to see the variety of talent that people at Denison bring to the table. From the singing groups to the student rappers, the level of talent was unbelievable.” Staniszewski is a physics major from Muskego, Wis.

Ayano Miyagi ‘18, an English literature major from Japan, offered a perspective on one of the dance groups: “The new members of the Denison Dazzlers did a fantastic job. I was so happy to see a boy up there with them. I think in the past they tend to have more feminine dance moves and he killed it.”

Ethan Leichter ‘19, a economics major from Wellesley, Mass. said, “It was a great way to bring the school together while listening to a great musician that reminded me of when I was young.”

The general consensus seemed to be that the concert was a bit long albeit a great throwback performance full of songs from when most Denisonians were in middle school.

Overheard in the crowd, which was very difficult to navigate, were calls of boredom at the long set change between the exciting Seattle native opener, Grieves, and the eventual arrival of T-Pain.

There were also errant shouts of, “I haven’t heard this song since I was in seventh grade,” during T-Pain’s set.

I had very specific feelings while intermingling in the social climbing pit of human shoving. Despite the obvious intoxication of many of the audience members and even some of the performers (T-Pain told the audience that he was drunk).

There was a definite air of enjoyment floating about the cordoned-off section of the indoor track at the Mitchell Center.

Overrall D-Day 2015 seemed to do the job it was supposed to do.

Students had fun and and let off the steam that had been building up throughout the year so far. The tradition lives on.

Suicide rates increase across the nation