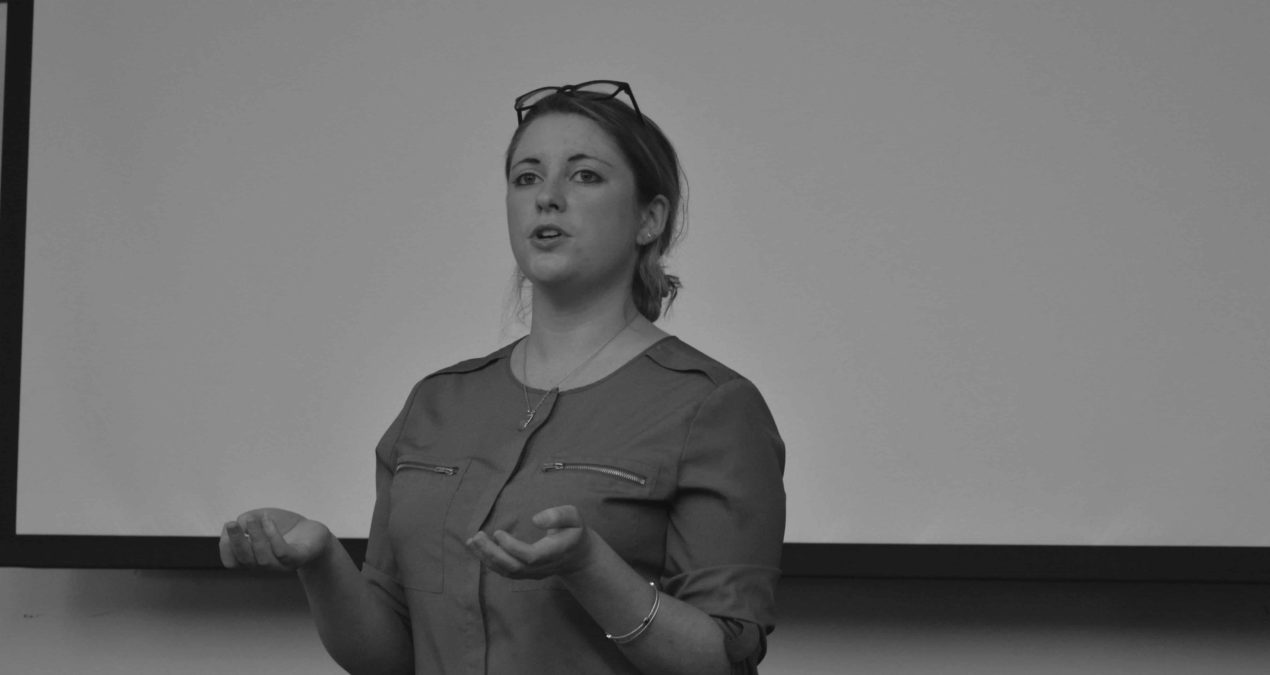 Beautiful shots of campuses begin the documentary with the typical graduation song playing in the background.

Students are seen moving into their first-year dorms, smiling with their parents and socializing with their classmates. Two women are introduced. They tell their stories of move-in day, their first parties and their first experiences of being sexually assaulted on campus.

The Hunting Ground, sponsored by SHARE, premiered on Oct. 27 with a special guest, Annie Clark, who was featured in the documentary and now works with survivors of sexual assault. Clark was assaulted as a first-year at the University of North Carolina. When attempting to report it, her experience was shoved under the table and entirely disregarded.

“Sexual assault on college campuses… [there’s a] lack of response and action colleges take in order to maintain their image,” Stephanie Gorsek ’18 said.

Clark proceeded to file a Title IX investigation against her campus. The list of schools being investigated for misconduct in handling sexual assault cases tops over 100, and Denison is included.

Clark travelled to a number of those colleges and universities to hear the stories of survivors, men and women alike, and assist them in whatever way she could. Clark said that one of the best ways to help a survivor is to believe them and not blame them for what occurred.

After attending the talk-back with Clark after the documentary, Gorsek was awed at the strength Clark had to support other victims of sexual assault.

“I can’t comprehend her constant motivation to help these other women. It was crazy that she was here, at Denison, a small liberal arts college, when the colleges she was going to [for the documentary] were big state colleges,” Gorsek said.

It is a collective effort to change the way a community speaks of assault on campus and in environments away from the Hill. The best thing to do is stand up and speak out.

“Dialogues like the one we had with Annie Clark are so crucial for actually understanding issues like sexual assault. They bring power and meaning that informational brochures simply cannot,” said Bronwen Espen ’18, SHARE coordinator of the event.

Clark recommends “everyday activism,” where students call one another out on rape jokes and inappropriate behavior as well as supporting victims. For some, activism is dialogue, and for others, it is just getting out of bed each day.