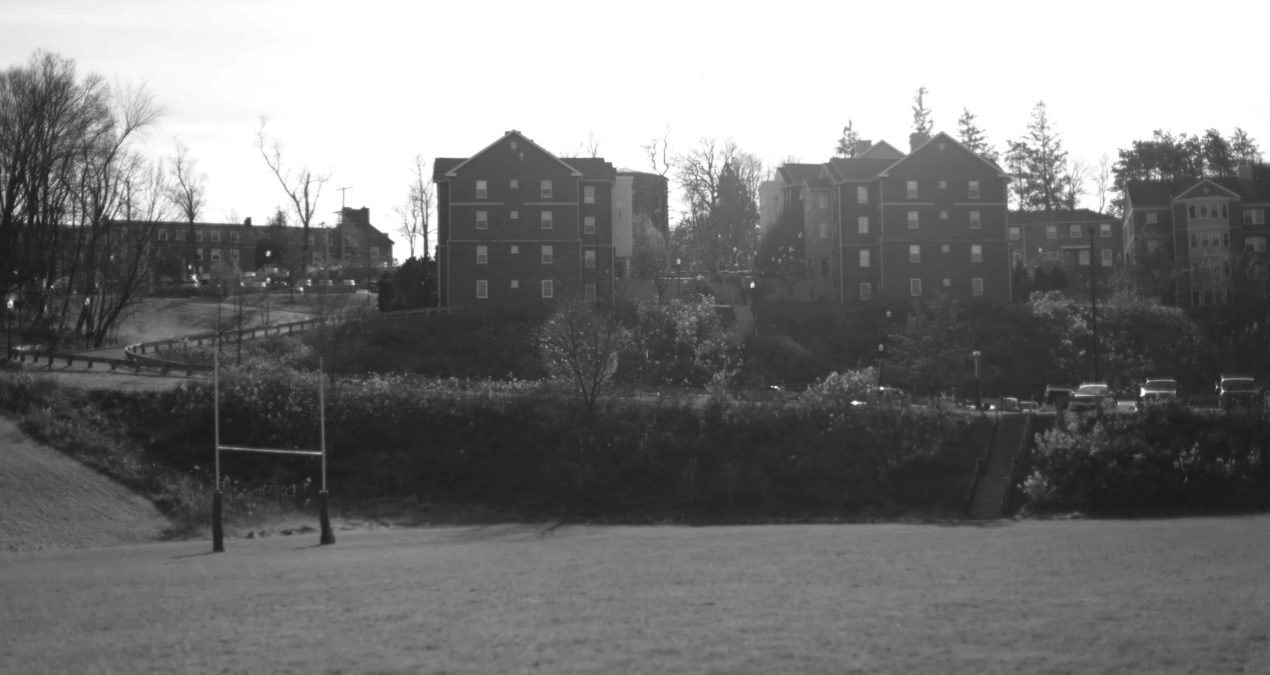 Students and administration collaborate on idea for new social space

The recent increased usage of Lamson Lodge as a social space on campus has been so well received by the students that the school has been entertaining the idea of another space similar to it, a pole-barn.

Max Kelly ‘16 first heard about it from President Adam Weinberg who said it has been talked about for a couple of years now. The idea is to build a space that is bigger and more spacious than Lamson Lodge. There would be more heating, lighting and electricity and ideally a built-in bar, scattered picnic benches inside and surrounding the barn, and a stage.

This would be built in the back of the IM fields and would be used for live music, registered parties, quad days, picnicking, a break area during IM tournaments and games and a general hangout space.

Kelly, who is spearheading this project, thinks the IM fields are the best place for this space because it is close to the Sunnies and it is just far enough away for noise. Complaints from Denison and Granville residents would not be an issue.

Charlie Vinopal ‘16 comments on Denison’s social life: “I’m tired of having our only party space be the Sunnies. It feels unsafe, it’s repetitive and monotonous and I think we are all ready for a change in the social atmosphere.”

Kelly said, “I’m trying to improve that statistic by offering an alternative to the typical Sunnies party. I used to really enjoy when bands like Chowdah would perform outside of the Sunnies, but they were getting shut down because of noise complaints and open containers. I think this space would bring that opportunity back. It would also be a more inclusive and a safer environment for everyone.”

Because Kelly first heard the idea from President Weinberg, the administration will most likely be on board with this idea.

It is predicted that this space will cost anywhere from $10,000 to $20,000, depending on how many different amenities are included. The money would likely come from the DCGA Reserve Fund.

President Weinberg has iterated that this could solve a lot of the social divide that seems to be present on Denison’s campus as a result of the lack of places to go to hold a large number of students.

“One of the great things about Denison is the diversity of students on campus,” he said. “I worry that our current social spaces seem to divide us. It would be great to have a larger space that brought students together to have fun on a weekend in a safe way.”

Vice President of Student Development Laurel Kennedy is also working with President Weinberg and says that there are obstacles that need to be overcome before the next steps can be taken.

“Lots of guys don’t want their apartments to be miniature party barns–they want to live in those spaces,” Kennedy said. “What’s complicating is that their nationals have lots of rules and regulations that we have to navigate.”

The fraternities have been working alongside the administration to overcome these obstacles, and both the students and the school are moving in a positive direction towards a common goal.

This idea is still very new and in the works, and Kelly is encouraging the student body to contact him with any suggestions or ideas.

Email [email protected] if you are interested in working on this project with him or have any input on the overall improvement of the social scene on campus.