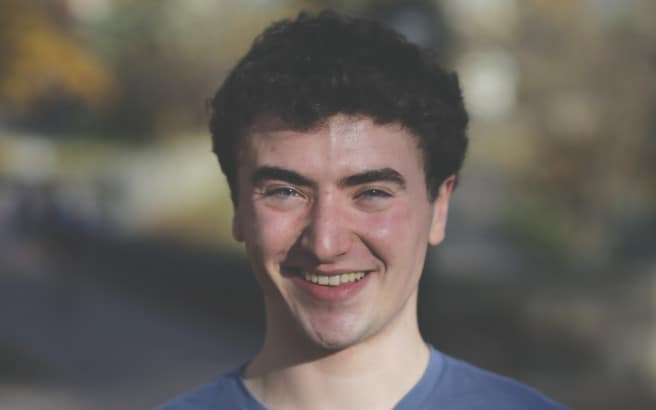 Response to ‘Divisive doesn’t have to be aggressive’

Denisonians are open minded, inquisitive students. So naturally, it was surprising to read “Divisive doesn’t have to be aggressive” by Rachel Epstein in The Denisonian on Oct. 27.

She enumerated a very harsh critique of an event put on by DU It for Israel, a pro-Israel group at Denison.

The group, on which I am a board member, is happy to receive criticism and dialogue from all avenues of campus thought; however, the article included inaccuracies and half truths, and I found it necessary to clarify some issues so the student body has all the facts.

First, the article highlighted the issue of religion in the article. DU It for Israel is not a Jewish organization and has no affiliation with any religion. We aim to defend Israel’s right to exist, right to media coverage free of bias, right to defend itself and overall right to be judged fairly.

It is also poor journalism practice of the article to suggest our organization has “made its name quite poorly known” as we have only been on campus since this past spring semester.

The lecture was our second event as an official student organization.

The article that was published highly diminishes the complexities that Bassem Eid touched on in his presentation to over 50 interested Denisonians. As for “inclusion and healthy discussion” with concerned students on the issue of the Israeli/Palestinian conflict, the event was heavily advertised and open to the public.

The article painted DU It for Israel as conniving for not reaching out, but the organization did exactly that by making it an open event with complimentary food. The article depicts this issue as very black and white, Palestinian versus Israeli. As an activist for peace and security in the region, I can tell you this isn’t the case. This isn’t a cultural issue, either.

They used to be one entity, known as the Palestinian Authority, but after the January 2006 legislative elections, two parties emerged (Hamas in Gaza and Fatah in the West Bank), neither recognizing the other’s claims of legitimacy.

The political, economic and social situations in the West Bank and Gaza are very different, albeit equally complex. To mention one and not the other is to avoid combining and generalizing these two different situations, the opposite of which occurred in the article.

The piece’s gaping information gaps illustrate precisely the reason why groups like DU It For Israel need to exist on college campuses. When human life is stake, as it is in Israel at this very moment (see the daily terror attacks by Palestinians against Israelis), inaccuracies must not be overlooked or accepted.

Those unhappy with the passion and vigor with which the guest lecturer spoke about his life living under what he called the “gangsters” of Fatah and radical jihadis in East Jerusalem, as well as the treasons committed by the Palestinian Authority against its own citizens, would perhaps be similarly  passionate and vigorous if they’d had the experiences of the millions of Israelis subject to terror by a dictatorial inciting government in the Palestinian Authority and the countless Palestinians Bassem Eid spoke on behalf of in his talk.

So, please, Denisonians, we want you to have the right information before jumping to conclusions. Visit our table in Slayter. Check out our Facebook page. Read up about bias in the media and the history of the region. But don’t come to conclusions without doing your research. Fortunately, DU It For Israel will be here to help.

Recruitment is not all roses and sunshine