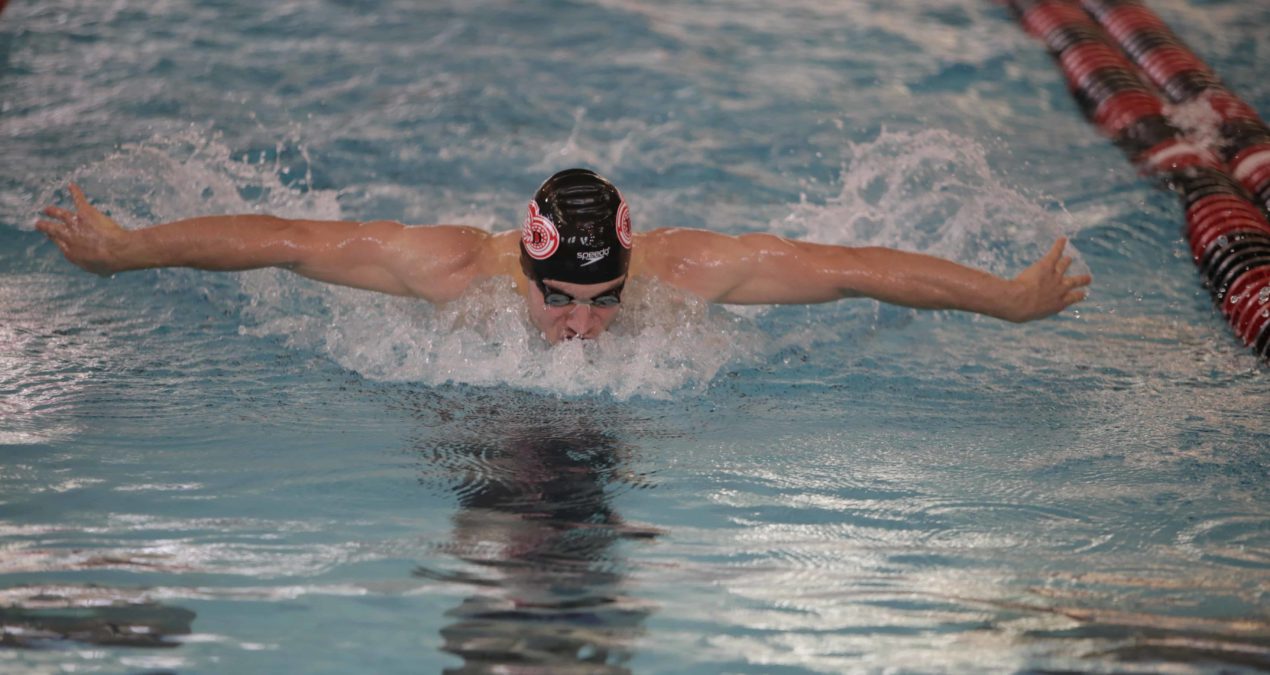 The men and women’s swim team had a weekend of highs and lows after traveling to The Ohio State University on Nov. 6 and hosting Xavier University in the Trumbull Aquatics Center on Nov. 7.

The women’s swim team was victorious over Xavier after falling to Division I Ohio State the day before. The men’s team lost to both OSU and Xavier University.

Halli Garza ’18, who was recently named the North Coast Athletic Conference Women’s Swimmer of the Week, said that the her team did not do as well this weekend as they did in Chicago but she is happy with the outcome.

Garza said is was fun competing against Division I OSU.

“It made me think about how to race my own race and stick to my race strategy while someone might be a ways ahead of me. I prepare by trusting in my training and my team by feeding off of the energy of the people around me,” Garza said. “I’m looking forward to seeing how far my team and I can go in terms of times and growing in their respective events.”

Brendan Howley ’18 said competing against OSU was a great opportunity to swim against and observe a team that is one of the best in the country at a Division I level.

“Their program has produced swimmers that have gone on to compete at an international level, some going on to compete in the Olympics,” Howley said. “It is a fantastic opportunity to put ourselves up against some of the best swimmers in the ation.”

Marissa Bednarek ’16 said that the women’s team did really well this weekend against swimmers with high levels of competition and many people got season best times.

“I don’t really do one thing to prepare; I just make sure to get a good night’s sleep and eat well the day before and the day of. I am always excited to race. The excitement fuels my swimming,” Bednarek said.

Ben Burdick ’18 swims distance freestyle, the 1650 (mile) and 500 free, and got his best time of the season against OSU in the 500. Burdick also set a personal record in the mile against Xavier.

“Going into the rest of the season the mentality is to make sure to train hard and prepare for both the Conference and National meets, making sure that I do all that I can to be ready to perform my best when I need to,” Burdick said.

Howley swims the breaststroke and is confident in the training the team has done this year that will hopefully allow the team to go far this season.

“This year especially, I have seen all of my teammates approach training with an extreme sense of integrity and enthusiasm both inside and outside the pool. I can confidently say that this will pay off when we reach the most important part of our season, which is competing for a national title.”