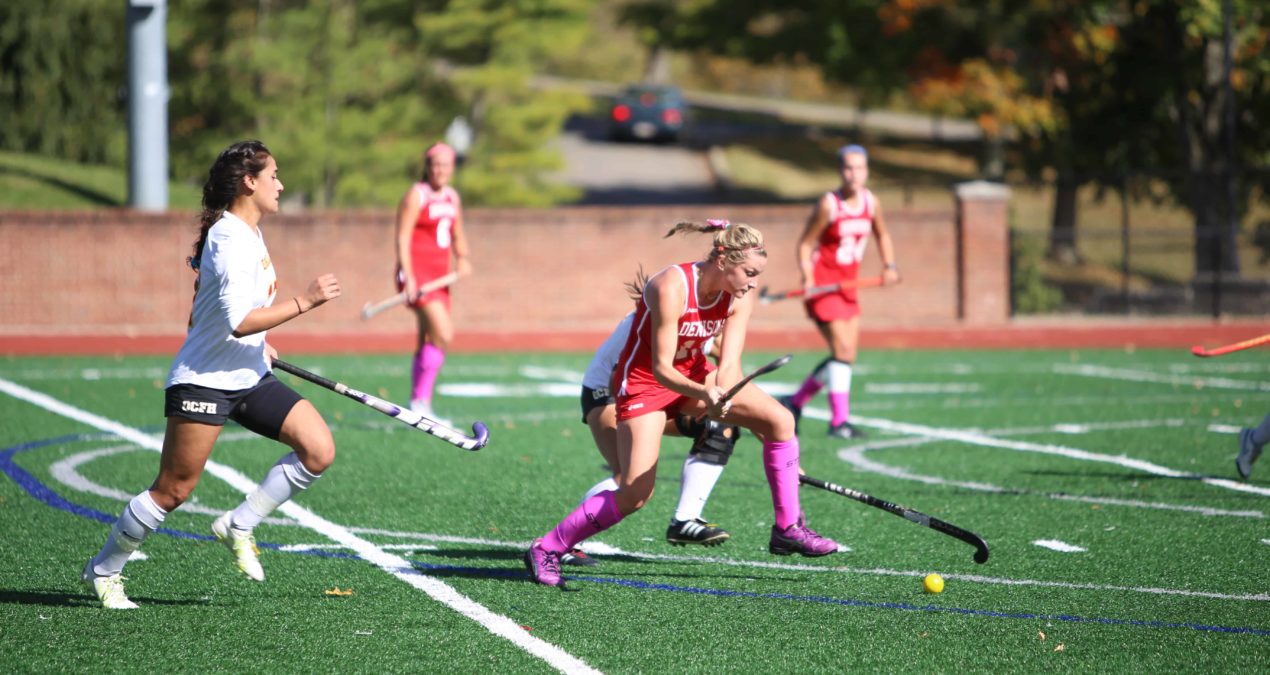 In a tight North Coast Athletic Conference semifinal match on Nov. 4, the DePauw tigers secured a victory over the Big Red with a score of 2-1.

The Big Red came out strong in the second half, with many opportunities at goal as a result of forcing many offensive corners. The Big Red finally got on the board when Britta Marden ’16 scored in the 46th minute.

The Big Red led in shots 11-10 and in penalty corners 10-4, but were unable to capitalize on these chances. In the final 20 minutes, the Tigers only had two shots at goal, but were still able to defend their lead. The Tigers’ goalkeeper finished with three saves for DePauw, while the Big Red goalkeeper, Ellen Westfall ’19, logged four stops for Denison. Although the Big Red suffered a loss, they fought hard. Kirsten Audette ’18 said, “I don’t think there is anything specifically we could have done differently against DePauw. We were fighting the whole game and giving one-hundred percent effort. Unfortunately for us, we just were not able to come out on top this time against DePauw.”

With the win DePauw advances to the NCAC championship on Saturday. They will play Kenyon, who defeated the Wittenberg Tigers 1-0 in the other semifinal match. The Big Red’s season comes to close with a final record of 12-8.

Reflecting on the season Audette said, “Even though it didn’t end the way we would have liked, the season overall is something for the team as a whole to be proud of.  We had some not so good games, but then there were also games where we played exceptionally well.”

One of the highlights for Denison was their regular season victory against DePauw in overtime. Talking about the win, Tori Rapillo ’18 said, “We were down one and then we came back to tie the game before the end of regulation. The entire game we fought hard and it was an amazing feeling to come out with a win!”

The Denison women’s field hockey coach, P.J. Soteriades, told the girls after the game how proud she was of the effort the Big Red put forth not only in the semifinal against DePauw, but the whole season. The Big Red will look to bring this attitude and effort throughout the offseason and next fall with the start of their new season.