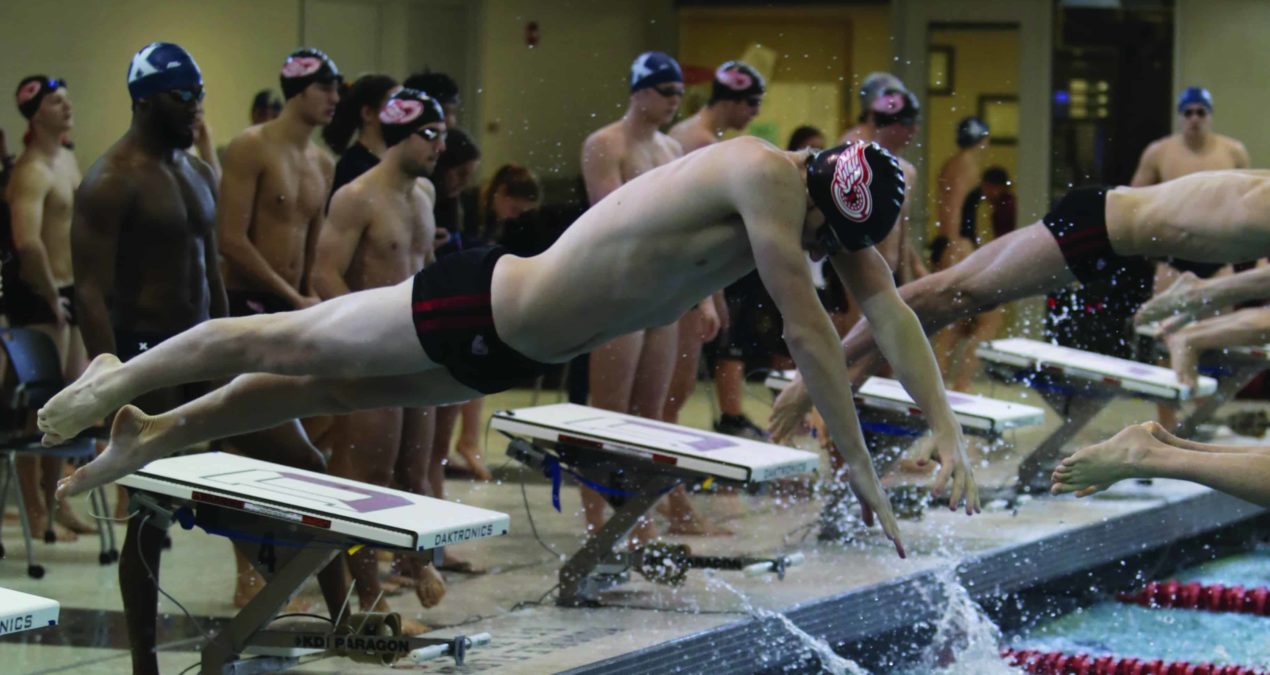 Denison plunged into the water, racing and diving against long time national and conference rival Kenyon College, resulting in a split between the men and women’s teams.

The Denison men suffered a 196-104 loss against the Kenyon Lords. Jack Lindell ‘17 led the Denison men in points, winning the 200 backstroke with a time of 1:53.15 and placing second in the 400 IM, receiving a ‘B’ cut time with this season-best performance. The Denison men picked up four other second place finishes from Jason Wesseling ‘18 in the 100 meter backstroke, Ryan Fleming ‘16 in the 50 meter freestyle, as well as the men’s 200 medley and 200 freestyle relays.

The Denison women came out on top, posting impressive times against Kenyon this past Saturday. The women ended up with a final score of 157.5 to edge out rival Kenyon who held 142.5 points.

In regards to the team’s progress, Lindell said, “I think overall the team is progressing in the right direction. People have slowly been climbing back up towards the proper racing mentality. The biggest thing that I noticed from the past weekends of racing was that we all need to rediscover our killer instinct that we had last season and get our hand to the wall first.”

The Big Red will compete in the three-day Miami Invitational Dec. 3 for their next meet.