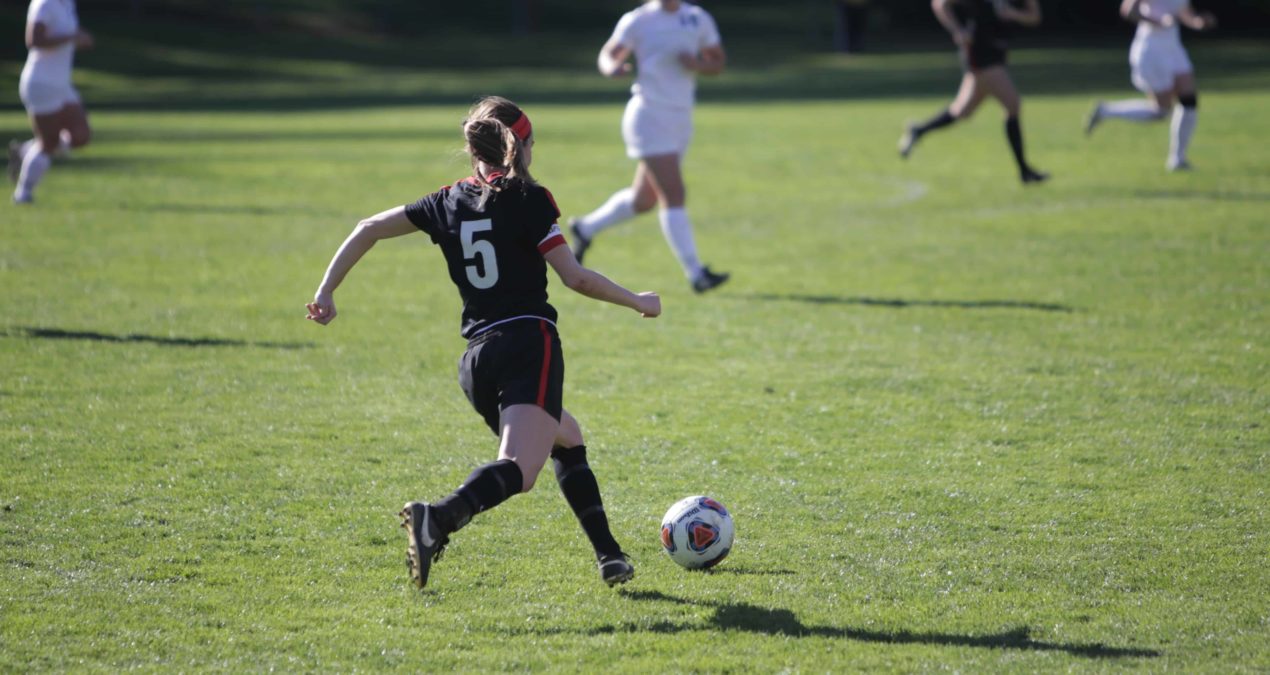 Barclay-Thomsen field saw its last game of the 2015 season after playing host to four schools in the NCAA Division III women’s soccer tournament. DeSales University, York College and Wash U. of St. Louis travelled to Denison to take part in the first two rounds of the NCAA bracket.

Denison first faced off against DeSales on Saturday, which resulted in a 1-0 win in favor of Denison. The Big Red got off to a hot start right out of the gate. The collective efforts of the women led to an 11-1 shot deficit in the first half.

Ashlyn Flaherty ’17, Maggie Armstrong ’19, Meg Wozniak ‘18 and Andrea Witte ’16 all came dangerously close to scoring within the first half of play. Shots from Flaherty and Armstrong were stopped by incredible saves courtesy of DeSales Keeper Emily Hoats. Witte’s shot was deflected upwards by Hoats, hitting the crossbar and going over the back of the goal.

In the 30th minute of play, the women nearly scored the go ahead goal when Wozniak danced around two defenders and booted it into the back of the net, but the goal was called off due to an offside call prior to the shot.

The tie finally broke in the 84th minute when Witte took a free kick from just outside the box, which found the foot of Jessica Skelly ’17 and ended up in the back of the goal. A late offensive push by DeSales seemed dangerous, but in the end it was not enough to lift them past the Big Red, finalizing the game at 1-0 Denison.

The win propelled the women into the round of 32, which took place on Sunday. The team faced a daunting challenge in facing the number 4 ranked Wash U. of St. Louis, one which they ended up falling short of a win in a 1-0 loss, finalizing their season with a record of 16-5.

The match was relatively evenly matched, but Wash U. had a distinct advantage in zone control. They held Denison at bay, rarely allowing extended periods of offensive play. Their defense was quick and efficient in clearing the ball from the zone, stifling the Big Red offense.

The Wash U. women were hot in the offensive zone, registering 16 shots over 90 minutes. A long shot from Wash U’s Katie Chandler found the back of the net in the 24th minute of play, but the other 6 shots on goal were stymied by impressive play from Denison keeper Jenny Herold ’18. When asked about the tournament, Herold had nothing but positive things to say.

“Having the games at home was an incredible opportunity for us. We were undefeated at home throughout the season and we knew we were going to have some great energy,” Herold said. “We stayed focused and just looked at one game at a time.”Although the women reached the NCAA tournament and established themselves as one of the country’s elite teams, they are still hungry for more success.

“We’ll work just as hard during the offseason because we know what we are capable of doing, and know that we belong in the NCAA tournament. The feeling of being so close to the sweet sixteen will definitely motivate us to continue working hard,” said Herold. “It was hard to see us lose 1-0, but that just shows we are just as good as the best teams in the nation.”