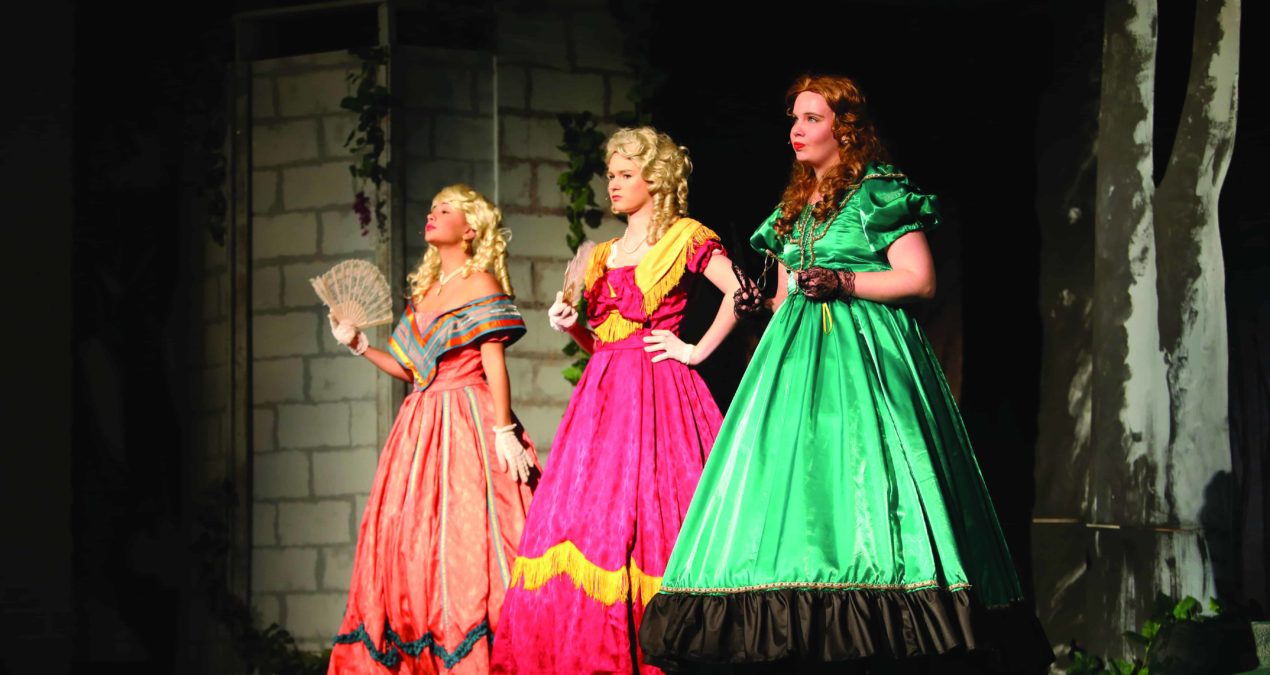 Whether you were in it for the fairy tale, the music or for a good laugh, the Singer’s Theatre Workshop’s Into the Woods was a performance anyone could enjoy.

Even those who would not consider themselves theatre aficionados would probably recognize the title from the popular movie version, but the Singer’s Theatre rendition seemed to be a fresh and witty reimagination of the classic tales.

The production dived into the world of fairy tales and magic, weaving together old favorites like Cinderella and Little Red Riding Hood into one wild story.

With stories like these, which many people have probably memorized, it would be easy to think that the performance would have been boring, but the actors did a great job of keeping everything exciting, with animated faces.

Specifically, when Jack (from the traditional story Jack and the Beanstalk, played by Matthew Harmon ‘16) sang about the giants he had seen when he climbed the beanstalk in “Giants in the Sky,” there was little to go off of but his voice and his movements. The set, which remained the same the whole time (just some trees and a tower in the woods) did not reflect what Harmon sang, but because of the lively expressions on his face and the way he searched around excitedly, the image of the giants and their home was vivid and captivating.

Similarly, the two princes (played by Steven Hix ‘16 and Hunter Janness ‘17) in the song “Agony” were so exaggerated in their movements, that they had people laughing the whole time.

It was engaging, yet it served as a reminder not to take fairy tales too seriously, one of the themes of the play.

The narrator, Gabe Schenker ‘18, was also engaging, especially when he himself was pulled into the story. When the characters deliberated about who to feed to the giant instead of Jack, the narrator came right into the middle of the story and, since he was not one of them, they decided to feed him to the giant.

It was both hilarious and disturbing to see him pulled into the story, another reminder that, as Katy King ‘17 (who played the baker’s wife) later sang about how, “anything can happen in the woods.”

As a Singer’s Theatre production, expectations were high for the musical component of the performance, but the cast did not disappoint. “They were really talented singers,” Maggie Chamberlain ‘19 said.

But there were other parts of the performance that were worth mentioning also.  For instance, Jorge De La Torre ‘19 said, “I like the costumes,” and Evan Palmer ‘18 added that, “It was nice seeing some of the friends I have in it.”

While the performance was reminiscent of fairy tales known and loved, also proved that fairy tales are not always what they seem, that “happily ever after” only lasts so long until it is time to move on to the next wish.

In the second act of the musical, the characters sang about how they could never have imagined being happier, but when the giant comes down seeking revenge, the characters are all too quick to forget about their “happily ever after.”

They were off again, into the woods, seeking adventure and their new happy ending.

The princes were after new maidens, the baker’s wife one of them, Cinderella questioned her life as a princess and the witch reflected back on her choices as a mother.

Meg Odell ‘19, who played Cinderella, finished the show off with one final exclamation, “I wish!” The exciting world of fairy tales may have come to a close with the end of the show, but certainly renewed the wish for adventure in the minds of all who witnessed it.