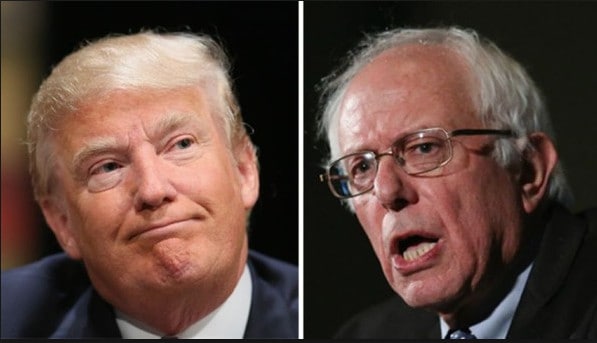 The Denisonian conducted an online survey that was open from Dec. 1 to Dec. 7. By 3:00 p.m. on Dec. 7, 294 individuals had responded to the survey. Respondents were asked the question “Which 2016 presidential candidate do you think is the most promising at this point in the race?” 116 individuals responded that they are currently in favor of real estate mogul Donald Trump, while 93 people prefer Sen. Bernie Sanders (D-Vt.) and 48 respondents prefer former Secretary of State Hillary Clinton.

Respondents were asked to say why they found their chosen candidates promising. For those who answered “Donald Trump,” many answered with the candidate’s campaign slogan, “Make America Great Again.” Select answers included, “Trump=Yeezus” and “Donald Trump, because who doesn’t want a president with amazing hair?”

One of the more serious responses was, “Donald Trump is honest, and a fresh deviation from the overly-constructed political entities that modern candidates have become. I favor the way Trump wants to re-negotiate trade deals with other nations that favor the American economy.”

Respondents who selected Bernie Sanders noted his consistent voting record in the Senate, his liberal and progressive social stances and his popularity among millennials. Hillary Clinton advocates were supportive of her strength in foreign policy and her moderate opinions.

The margin of error was 5.32 based on sample size of 294 respondents out of a population of roughly 2200.

It is suspected, based on some of the comments, that at least 40 respondents did not take the survey seriously.