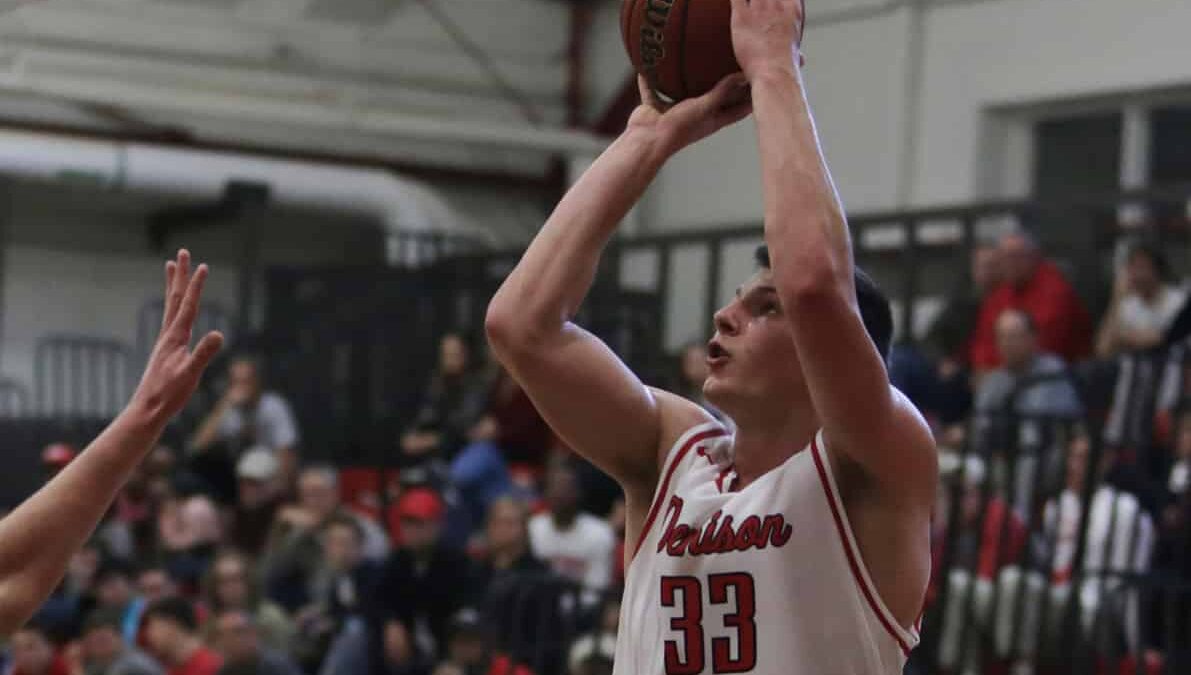 In the first North Coast Athletic Conference game of this season, the Big Red traveled to Greencastle, Ind. on Dec. 2, defeating the DePauw Tigers 80 to 67.

Denison never lost the lead, and at one point led by 20 points in the first half. Darius White ’16 headed the Big Red in scoring with 28 points and teammate David Meurer ’17 contributed 17 points and five assists.

With the victory, the Big Red improves to 4-2 overall and 1-0 in the NCAC.

Reflecting on the loss Devon Pitts ’17 said, “They were a tough team – one of the best teams and conference. In the second half we could have moved the ball a little more, but we have to move on as we have another conference game on Wednesday where we need to take care of business.”

Ohio Wesleyan converted a season-high 17 3-pointers in their victory over the Big Red. The Bishops opened the game strongly as they scored nine of their first 10 shot attempts in the first five minutes of the game.

However, the Big Red did not make the victory easy for the bishops. While Denison fell behind 33-18 halfway through the first half, the Big Red went on a 15-0 run to tie the game at 33-33. The Big Red held on in the second half, but the Bishops pulled away with a 21-5 run, giving them their largest lead of the game.

Other notable performances from Denison came from Meurer, who posted 23 points, six assists and six rebounds, and Pitts, who had seven points and seven rebounds.

Johnny Vernasco ‘19, believes that execution and commitment to the system is essential in future victories. Vernasco said, “We have the talent that makes us capable of doing that. It’s a matter of us working together and playing as a team and doing all the little things.”

Pitts added that this is the most talented team he has played with in his three years here.

“People play within their roles which is what will warrant our future success.”

After the first week of conference play, Denison falls to 4-3 for the season and 1-1 in conference play. The Big Red’s next matchup is tomorrow night. The team is set to host Oberlin in Livingston Gymnasium at 7:30 p.m.

Softball team takes three of four in a pair of doubleheaders