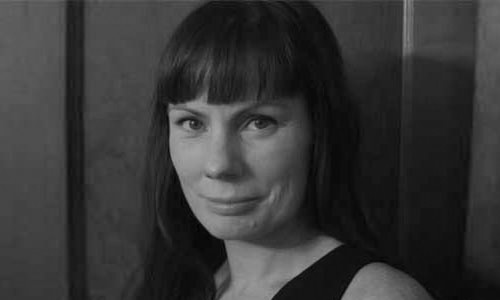 Angela Pelster took Denison students on a journey about love, life, loss and trees through her writing. With Pelster’s visit, the Beck Lecture Series has yet to disappoint.
Pelster currently teaches at Hamline University and won the Great Lakes College Association New Writer award for nonfiction.
Pelster read from her newest work, a collection of essays entitled Limber. She chose five different essays: “Les Oiseaux,” “Cardinal,” “Meditations on a Tree Frog,” “Ethan Lockwood” and “Rot.” Each piece was beautifully written and unique in its own way, but the last two were the most intriguing.
The piece starts with Pelster and a group of friends people-watching from her porch, then the essay twists and turns from observing a tree frog to a discussion of how we eventually lose affection for those we love.
Pelster’s first essay managed to combine the tangible, a tree frog, and the intangible, the start and loss of love. The way she can mix a scientific discussion of a tree frog and segue into an honest depiction of human emotions gifted the audience with an insight to her wisdom.
Pelster continued the theme of mixing logic and feeling in the next piece, “Rot.” She told the audience how she had recently had this piece rejected because it dealt too directly with death.
The essay began with a group of squirrels leaping tree to tree and full of energy. The tone turned dark when Pelster walked out to see one of the lively squirrels dead in her yard.
She left the squirrel in the yard not knowing what to do with it, but nature knew what to do. She gave a graphic description of decomposition and how bodies turn against themselves as quickly as they reproduce.
Within this story she told how she tried to rescue a dying chickadee, but ultimately failed because the bird was too far gone.
This essay gives insight on how fragile and sensitive we can be as humans, and the cruelty of the circle of life.
Since Pelster connects such diverse themes in her writing, an audience member wanted to know how she made these connections. She responded, “The worst thing you can do is try to make a connection. It just happens.”
Max Kelly ‘16, an attendee, said “I didn’t expect essays about trees to be very interesting, but I was proved wrong. Her use of imagery combined with the morbid and natural concepts in her essays were captivating.”
Pelster opened up about her writing process after the reading concluded. She said, “I usually start with what interests me, then I fall down a research hole and a lot of ends and I finally have to sit down and just write something.”
She finished with what she hopes to do next in her career. She said, “I’m pretty close to finishing my next book. I’ve been working on a book about Baltimore and looking at it through primary texts and interviews with people.”