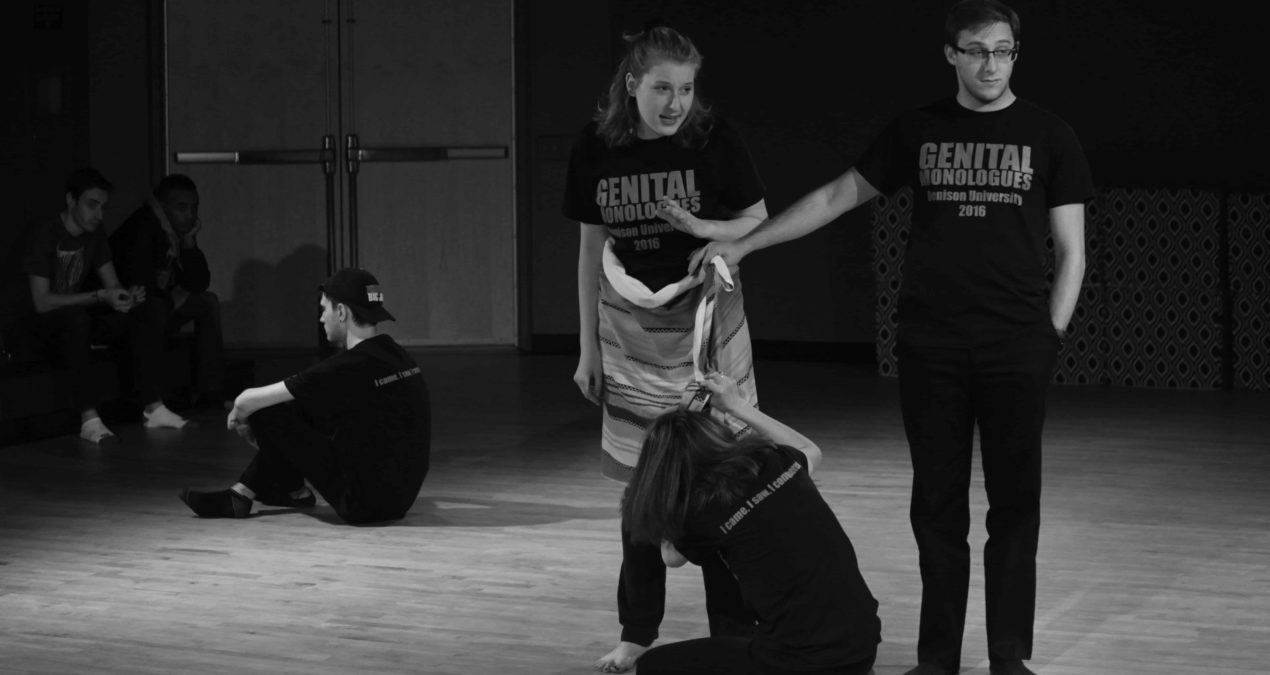 LAURA WATSON
Special to The Denisonian

Denison sold out showings of The Genital Monologues, a show based off the idea of Eve Ensler’s original Vagina Monologues, seeking to provide a more inclusive presentation of voices.
It does this by being completely student written, directed and produced. Students may submit a genital monologue during the first semester and from there the ones to be presented are chosen.
Denison’s Genital Monologues cast handled the material they were given very well, producing performances from Feb. 12 through 15 that were informative, at times funny, at times serious and very mature.
The monologues ranged from stories of people when they were young, like “The Clinter,” a piece written by Stephanie Gorsek ‘18 and directed by Lauren Thompson ‘18.
It featured Maddie Bellman ‘18 and LauraAnn Schmidberger ‘18, telling a story about a girl who went down a waterslide in her youth and got a splinter “down there” as Bellman described it in her performance.
Many people appreciated the inclusion of male voices in the performance.
Emma Kopp ‘18 said, “The Vagina Monologues offers a safe space for women. However, the inclusion of male voices within Denison’s production of the Genital Monologues captures a fuller range of sexual experience. Denison’s inclusion of exclusively student voices authenticates the experiences of our peers and captures the realities of people on this campus in a way that offers the audience a deeper connection than what that they may have had with Eve Ensler’s original Vagina Monologues.”
Creating a space where any woman can safely and proudly tell a story about themselves socially deemed private is something the Vagina Monologues has done since it’s inception, and is something at Denison that has been made available to any student, male or female, willing to write or perform in the Genital Monologues.
Cast member Nick Radmer ‘18 stressed the importance of the cast’s commitment to telling these stories.
Radmer said, “These types of stories can be expressed by both male and female voices. I also think being able to see the process of making these shows from behind the scenes reveals just how passionate everyone is about bringing these completely original and honest stories to life.”