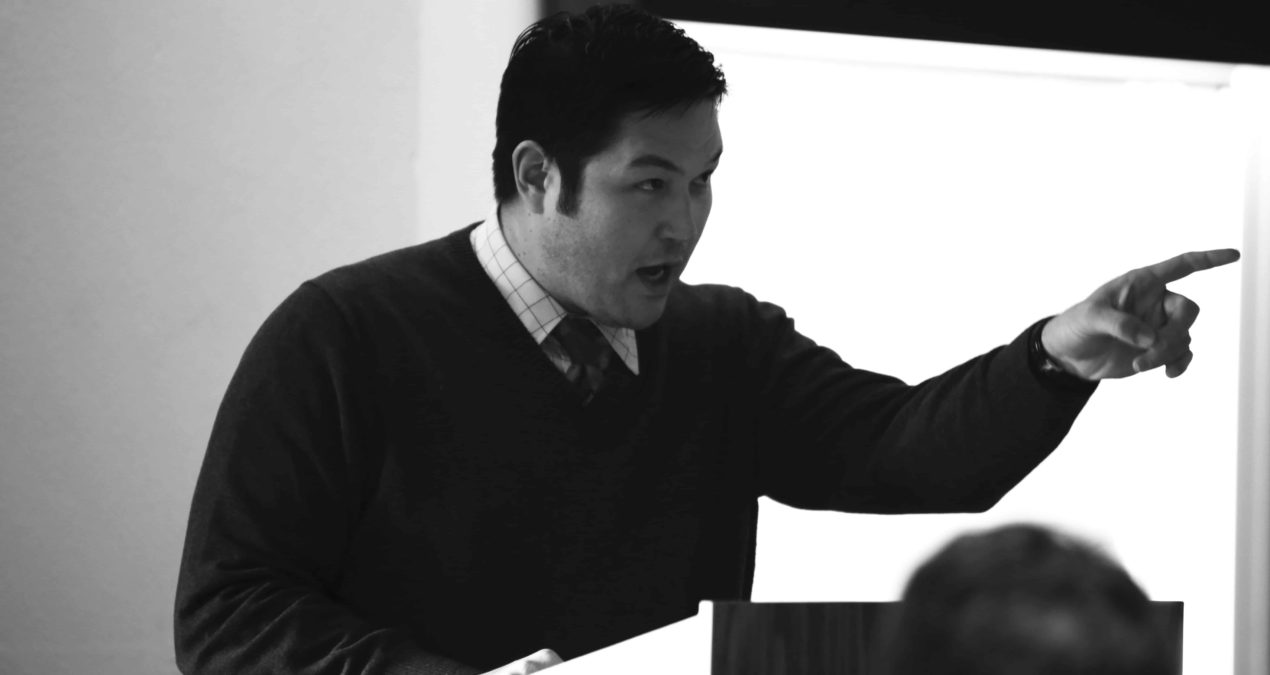 The opening feature of the 2016 Spring Beck Lecture Series marked the return of the “Home Series” initiative, which began this past fall.

Michael Croley, Jack Shuler and Ann Townsend ‘85 brought an eclectic array of language to Barney Davis while treating a packed audience to lively readings of new and past work.

The reading began with Croley, who grew up in the foothills of Appalachia in the small town of Corbin, Ky. Croley selected a chapter from his unpublished novel and warned of coarse language, preparing the audience for intensity before the story even started. The novel takes place in 1968, right before the MLK assassination, in what Croley called “fictional Corbin.”

Paying homage to his hometown and playing on themes of race, strength and poverty, Croley’s novel struck the audience with action and imagery.

The next faculty member presenting work was Jack Shuler.

Beginning with two poems that centered on preservation and resurrection, Shuler explained his most recent project. Shuler visited the Ohio State Penitentiary to interview and spend time with a convicted felon.

His non-fiction expose told the story of inmate Keith LaMar, a black inmate at the supermax security prison famous for its harsh conditions including severe solitary confinement. Shuler expanded of LaMar’s story.

Shuler touched on the history of the prison system and shocked the audience with powerful statements, including that over 80,000 US prisoners live in solitary.

The piece closed with a postscript, a letter Shuler received saying that in writing the piece, he had violated media terms with the prison.

Closing the reading was poet and professor Ann Townsend ‘85. Townsend has received many accolades for her work including grants from the National Endowment for the Arts and the Ohio Arts Council.

Her writing as a student at Denison can even be seen in the Denison literary magazine archives.

Townsend opened with a poignant piece written in memory of her friend who passed away in 2003 with her young son.

Townsend read the piece in a soothing tone, almost like a lullaby, which swayed the audience with emotion and clarity.

Next she turned to the pastoral, reading a poem dedicated to the death of the ash trees in the Newark area that had to be cut down due to being eaten by a bug.

Townsend read three other poems with varying foci including one about Berlin and the divide that still exists today and a more ethereal poem incorporating Milton and Plato to support the idea that the mind is an aviary.

The poet closed with a piece entitled, “The Lives of the British Poets,” likely the most provocative of the three, with images of sexuality in literature. Townsend explored a wide variety of emotions and ideas in each poem.

The Beck Lecture “Home Series” has been a well-attended event this year. Denison students have the opportunity see their professors as more than just teachers, but as people who have honed a craft and found the time to pursue it.

For the English department and its students, the Beck Lecture “Home Series” is a time for appreciation and admiration of the written form–conveniently close to home.

Correction: An earlier version of this article inaccurately described the case of Keith LaMar. He was convicted of killing five prisoners during the Lucasville riot. In addition, Jack Shuler’s name was misspelled.