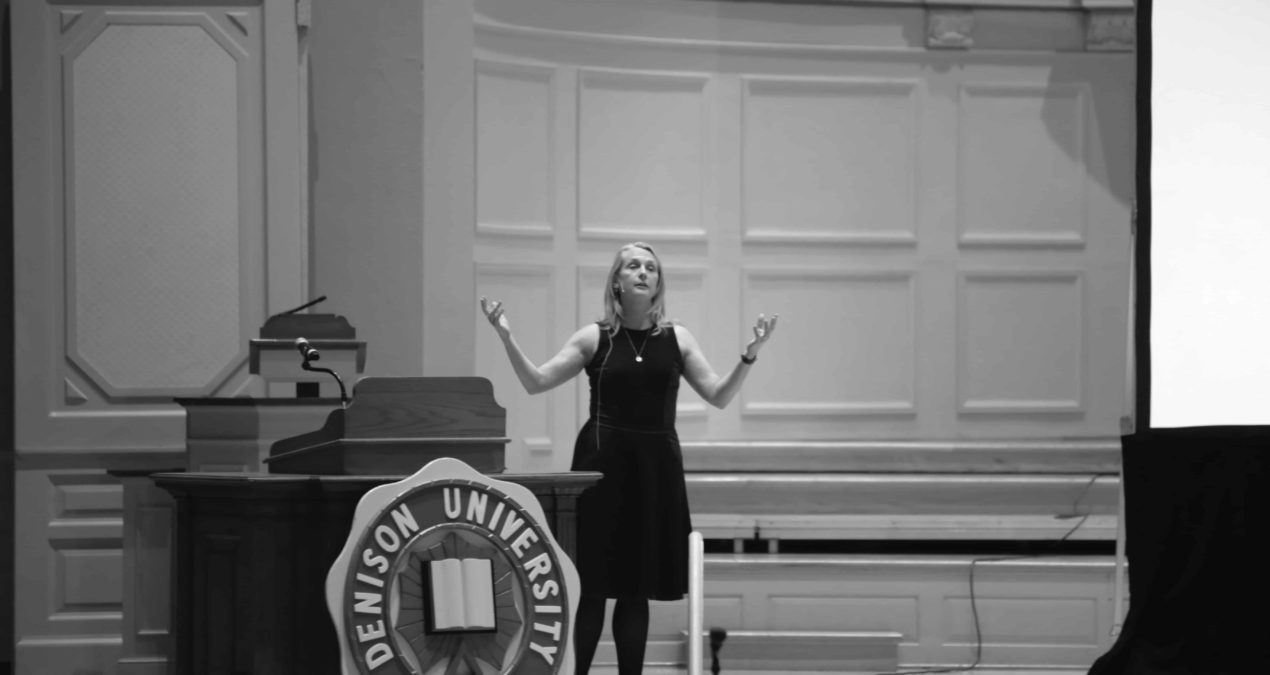 Former convict turned writer and philanthropist Piper Kerman visited Denison University to discuss her 2010 memoir Orange is the New Black: My Year in a Women’s Prison.

The memoir focused centrally on how her prison time inspired her activism for reform of the United States penitentiary system. Kerman’s memoir is now a popular Netflix original series in its third season.

Kerman, once called inmate 11187-424, and known as Piper Chapman in the 2013 Netflix original series Orange is the New Black, was sentenced in 2004 to 15 months in prison for money laundering and drug trafficking.

Kerman’s lecture worked to correct the misjudgment of inmates and the United States penitentiary system. In her address to a packed Swasey on Feb. 2, Kerman described the strong relationships she formed with the women she met in prison and said she was grateful for each one.

On Kerman’s attitude towards her sentencing, Michelle Peterson ’17 said, “I thought it was refreshing that Piper Kerman acknowledged that this poor decision she made in her life led her to a place to be able to help others through currently working with prison inmates and educating people from her experiences.”

Kerman uses her experience in prison to demonstrate the faults of the United States prison system, and to spark reform on several levels, primarily dealing with unreasonable sentencing and the sentencing of children.

McKenna Sokol ’16, an aficionado of the Netflix show, shared, “I found Piper Kerman to be a lot more likeable and strong than the Piper on the show. She seemed to have a stronger will than her Netflix character, and she was a very eloquent speaker, she was very educated on the issues and opened a lot of eyes to the problems within the United States Penitentiary system.”

Kerman works to provide a voice to what she believes to be one of the most silenced groups of people in the country: inmates. This is one of the reasons she decided to teach a non-fiction writing class in an Ohio prison; so these individuals can read and write their own stories.

Kerman explained that the United States is the only country that sentences children to life in prison, and that 200,000 women are currently held in U.S. prison and jails, and over sixty percent of these women are held for nonviolent crimes, and most are mothers.

Although her memoir and television show are about her personal prison background, Kerman’s lecture exposed how this sentenced time inspired her to educate the public not only on her experience, but also the experiences of hundreds of thousands of women held in prison, and how these women and their families represent the necessity for a change in the United States’ commitment to harsh punishment for nonviolent crimes.