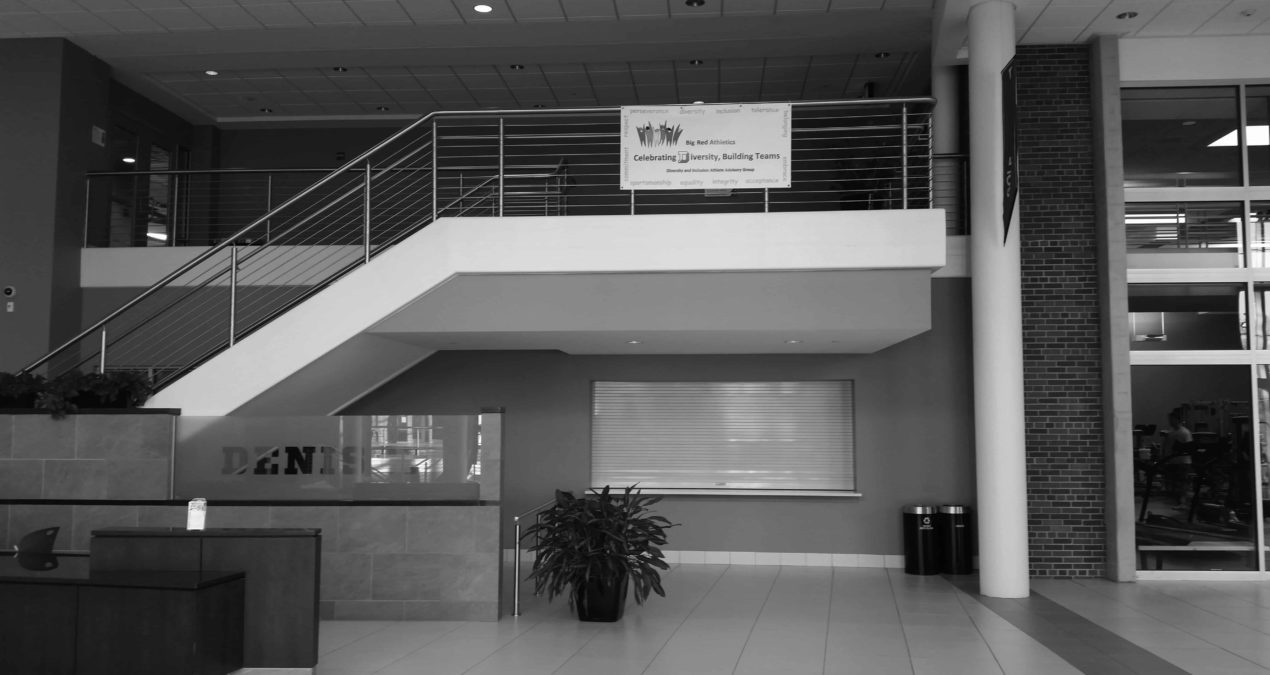 Denison students may have yet another meal plan food option.  The idea, which has been around for a long time, is to open a small snack bar in the Mitchell Center.

Plans thus far have placed the bar near the registration area in the atrium of the facility, an area that is already used to sell candy and snacks during some sporting events.

Jenna McDevitt, the director of administrative services, has worked on bringing the project to fruition.

“The idea has been tossed out casually by a few folks who use the facility to work out and students who are at Mitchell daily, but then last fall the Denison Student Athlete Advisory Council decided to take action and sent out a survey in October to find out if there was support,” McDevitt said.

The surveys were then forwarded to Dria Nickles ‘17, a Dining Committee member and liaison to the DSAAC.

“We’ve been working as a collective group on the dining committee to figure out a model that would meet the identified needs and to develop a plan and an implementation timeline,” McDevitt said.

Will Hamburger ‘17, an economics major, psychology minor, who works as a supervisor at the Mitchell Center is among the student supporters of the plan.

“It makes sense to have a snack bar near where people work out,” Hamburger said.

“After a long workout, many people are tired and the hill is steep.  Denisonians need a healthy, quick and convenient snack option at Mitchell so we can move forward with our day and focus on the things that really matter in life.”

The snack bar would serve salads, pre-prepared sandwiches, fruit cups and other items that one might find in a vending machine, like Gatorade, water and protein bars.

Quite a bit of the equipment needed to open the bar is still in the process of being ordered and delivered to the school.

The administration plans to order a refrigerator and a cashless card system that will receive Denison Dollars, install locks on the cabinets and set up a credit card machine.

Once this process is complete and the plan is ready to be implemented, the location will be open from 3:30 p.m. to 7:30 p.m. for a four week trial period.

During this period, dining services workers will work the stand, but if the bar is a success, students will be hired to work.

Argo lives up to the Oscar buzz