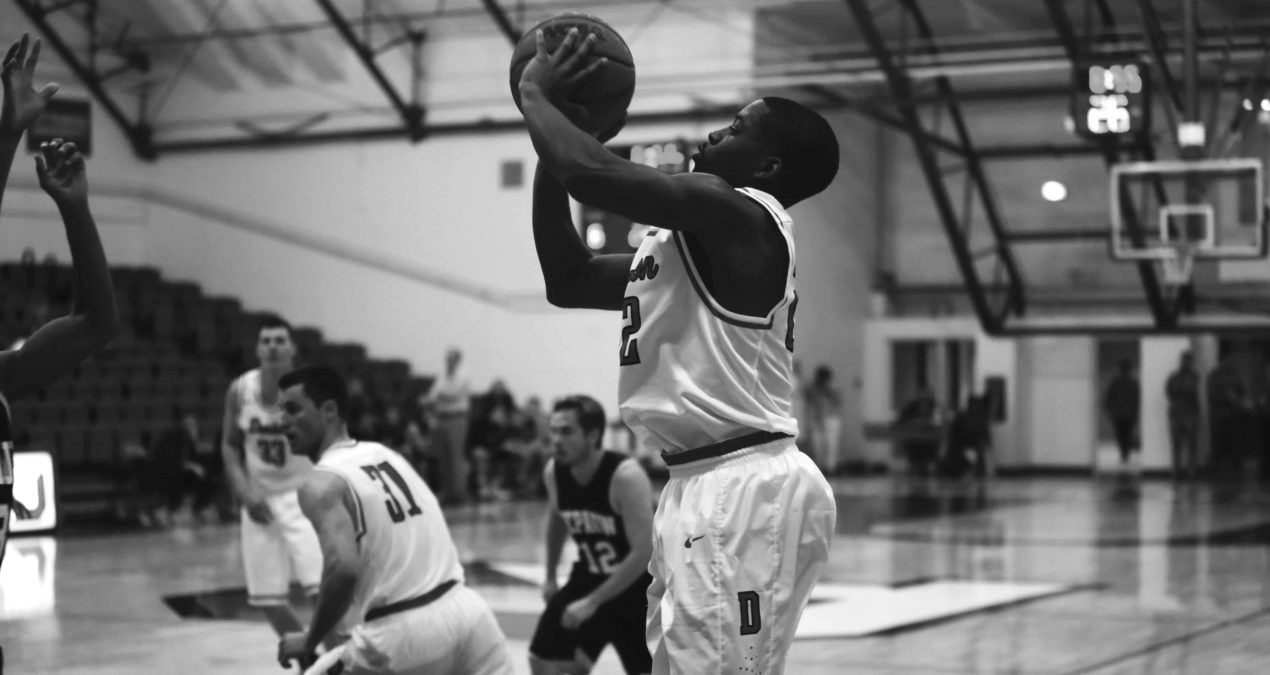 With 15:25 left in the first half, Garrett Collier ’18 found Darius White ‘16 for a 24-foot jumper that meant a lot more than just three points. With that deep three, White broke the career record for made three point field goals.

“Honestly, it’s a feeling of satisfaction knowing that I hold this career record,” White said.  “I’ve put in a lot of hard work over my four years here and seeing that it’s paying off is a really good feeling.”

It was the first of six threes for the 5-9 guard as Denison pulled away for a 69-59 victory over the Wittenberg Tigers.

It was the second time last week that Denison had beaten Tigers, having dispatched the DePauw Tigers three nights earlier at Livingston Gymnasium.

“I always try to be ready,” Vernasco said of his play.  “We were short-handed…so I knew I was going to have to step up and play solid minutes.”

The Wittenberg win was of a different variety. Denison was outrebounded 41-27, but forced 15 Tiger turnovers. The Big Red held a team that averaged 71.5 points per game to just 59, a handful of those coming in garbage time.

Wittenberg was frustrated throughout as three different Tiger players fouled out and Denison got to the line 15 more times than the home team.

The winningest program in Division III history had no answer for White’s 6-of-9 shooting from beyond the arc nor Speelman’s bruising play in the post. The two high scorers combined for 34 of Denison’s 69 points.

“Offensively I’ve just been trying to take it even stronger to the whole,” Speelman said about his aggressive play. “Coach Ghiloni talked to me about getting my shoulders square to the backboard on drives and it has been helping a lot. Also, I’ve been trying to move a lot more on offense which allows me to get more open lanes and more 1 on 1 driving opportunities.”

Conference play continues this week when the Big Red travel to Oberlin on Wednesday, Feb. 3.

“Wednesday’s game at Oberlin is huge.” Vernasco said.  “We’re tied in the conference standings right now, so to separate and get a leg up on them would be big.”

After Wednesday’s contest, Denison returns home to host Wooster, who is currently tied for first in the conference, on Saturday, Feb. 6.