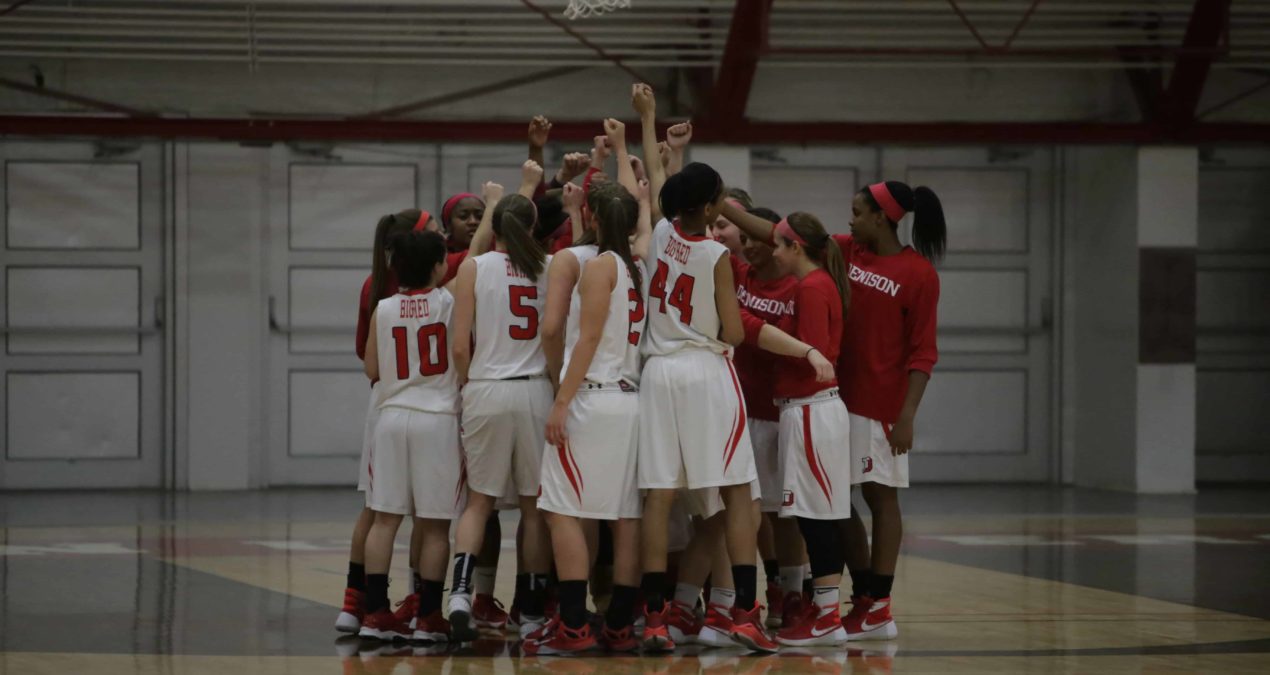 The women’s basketball team added two more victories to their strong conference record this past week, making their conference record 10-1. Competing against rival DePauw University on Jan. 27, the Big Red secured a 61-49 victory.

“DePauw is a big rival, but we try to treat every game the same,” Taylor Lindquist ’16 from Erie, Pa. said. “We know now that as leaders of the conference we will be a big target for any opponent. We try not to get caught up in the opponent’s record and focus as much as we can on bettering ourselves every game.”

Jordan Holmes ’17 from Pittsburgh, Pa. played exceptionally against DePauw, scoring a total of 21 points. The team defeated DePauw earlier in the season in Greencastle, Ind. Adding another victory over DePauw provided the team with more confidence and an even stronger conference record.

The Big Red’s only conference loss this season was against Wittenberg University on Dec. 8.

“When we played them the last time, I firmly believe that it was Denison who beat ourselves, due to simple mental mistakes that we had made,” Holmes said. “Since then we have really regrouped as a team and tried to fix those mistakes.”

Holmes was correct indeed, as the Big Red beat Wittenberg 60-47.

“We didn’t start the game strong and going into halftime we knew we had to change something and start playing Denison basketball,” Jessie Tull ’18 from Chagrin Falls, Ohio said. “We came out in the second half and took control and were able to get the win.”

With its impressive conference record of 10-1, the team credits its success to its strong team chemistry.

“We all are best friends off the court and for that reason want the best for each other on the court as well,” Lindquist said. “We play for each other and push each other during practices to be the best that we can be. Winning games is fun, but it’s even better when you are playing amongst your friends!”

While the team has many strengths, there are improvements to be made.

“All season our turnovers have been a major issue. The games that we have lost we have had an absurd amount of turnovers,” Holmes said. “If we can cut that number down to a reasonable amount we can be unstoppable.”

“Our coach talks a lot about consistency. We have yet to play an entire forty minutes of perfect basketball,” Lindquist said. “Our goal is to play every quarter to the best of our ability and hopefully by the time the tournament comes we are at the peak of our season.”

The Big Red will be competing Wednesday, Feb. 3 at Oberlin College at 6 p.m. On Saturday, Feb. 6, the team will be celebrating Senior Day with a home game against Wooster at 1 p.m.