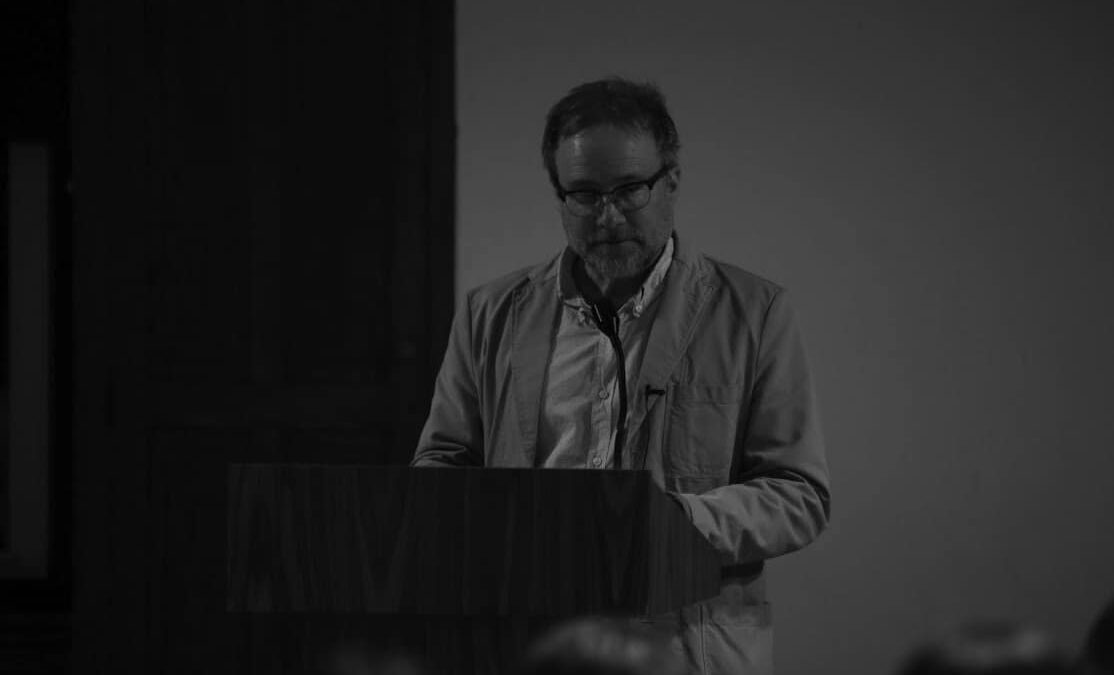 Brad Watson is the kind of guy you could feel comfortable with just talking about life, glass of whiskey in one hand, emotional baggage in the other. You get the feeling he would listen to you, and maybe end up putting you in his next edition of short stories.

Watson is an American author hailing from Meridian, Miss. and he was last on Denison’s campus in 1997 when his first book of short stories, The Last Days of the Dog-Men, won the Great Lakes Colleges Association New Writers Award. The opening remarks by Professor Michael Croley read more like a love letter than an introduction, which created anticipation for what was sure to be a stunning reading.

Watson chose to read a story from his first collection. The piece, entitled “A Retreat,” told the tale of two men, Jack and Ivan, going on a hunting trip. However right before they were about to leave, Ivan told Jack how he had been having an affair, and as a result, his marriage was failing.

Before the reading, Watson said, “This story isn’t just a guy’s story, Okay? It’s not all about men and dogs and fighting sh*t. I mean, some of it is, but there’s more to it.” After only the first page or so, this definitely held true. Sure, at its core, it was a story of two men going bird hunting, but it delved into so much more than that. The story tackled one’s own depression, loss of love, death and the importance of relationships romantic and otherwise.

Watson’s writing has an air of the Southern grotesque. His style is similar to other “Grit Lit” authors like Cormac McCarthy. Though “A Retreat” was ultimately an honest story about everyone’s secret lives, elements of dark humor made their way in.

An example of his grotesque humor was clear when, after Ivan told Jack about the affair, he mentioned how he’d had sex with the woman in Jack’s bed and other places in Jack’s house.

After the reading concluded, students lined up to express their gratitude and get books signed.

When it came to be my turn, I asked him why he chose to read this particular story. Watson thought for a moment and replied, “I thought I’d be reading from my most recent book, but you have to think about how long a story is…it can’t be too long and it can’t be too short.”

He reflected on previous readings he’s done and how “A Retreat” was well received. “I’ve had good luck with this story,” Watson said, “before coming here, I sat down and re-read it and really enjoyed it.”

Watson wrote “A Retreat” over 20 years ago but still believes there are plenty of changes to make, which shows a writer’s work is never truly done.

He flipped through the story and almost every page had edits. Pieces of dialogue were taken out, tenses were changed and emphasis on certain words were changed. “They’re subtle but they make a big difference,” he said.

Landon Slangerup ‘17 perfectly summed up Watson’s reading when he said “Watson didn’t just read from his works, he told a captivating story for all. With southern wit and deep connection to his own writing, Watson took us down a winding journey through the human experience, giving us a healthy dose of ‘the feels’ on a cold Wednesday night.”