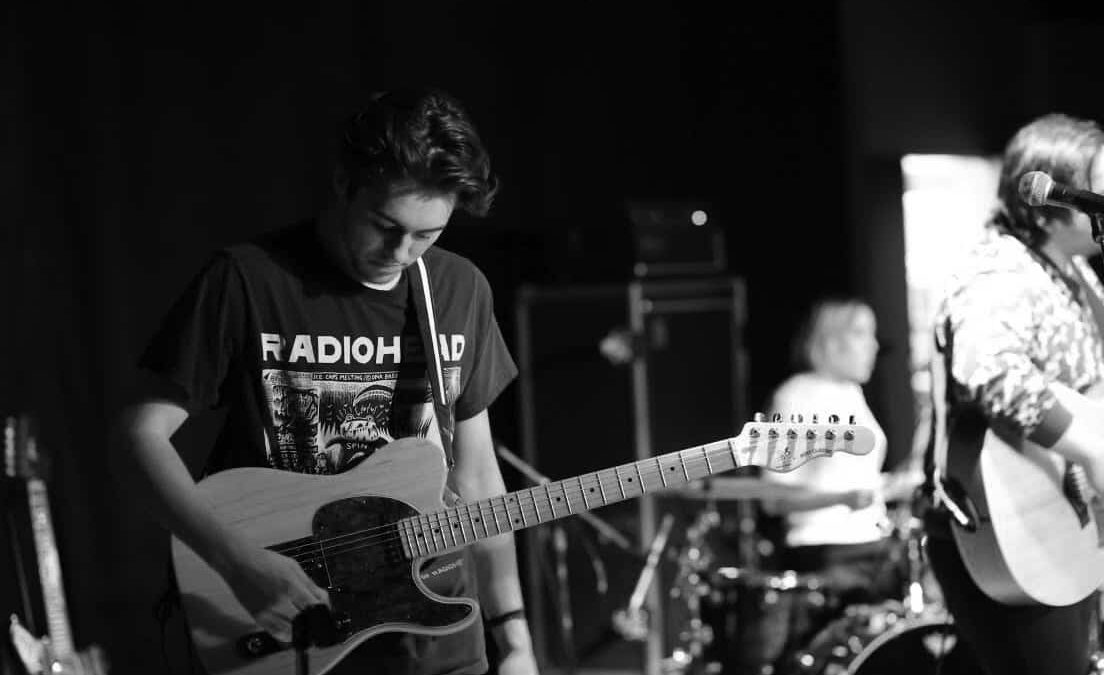 The musicians looked like the kind of people you’d see roaming the streets of Coventry or some other hipster town in Northeast Ohio.

As the band The Colourist took the stage they started playing as if it were a sold out stadium show even though their audience consisted of about 40 Denison students and their venue was more the third floor of Slayter rather than Quicken Loans Arena.

Though the room was next to empty, the band maintained high energy and kept the crowd moving.

Lots of jumping and arm waving was going on, which caused me to veer off to the side in fear of falling victim to crowd surfing.

The Colourist concert was put on by Denison’s University Programming Council (UPC).

Originally, Denison’s UPC had booked the band Coleman Hell for this year’s Spring concert, but they had to cancel due to recording conflicts.

According to the Public Relations Chair of UPC Victoria Krumholtz ‘16, “the band is chosen as a group. UPC watches videos of different bands together and listens to the music, then we put it to a vote and the majority wins.”

Adam Castilla, Maya Tuttle, Justin Wagner and Kollin Johannsen make up the group and The Colourist hails from Southern California.

They describe their music as “Lush Math Pop.” The genre is certainly abstract, but they’re the kind of band someone would listen to when they’re first getting into the Indie genre: not too weird or funky, but not too conventional either.

I sampled some of their music via Youtube before attending and they sounded just as good live as they did through my computer speakers, albeit a little more muffled. They’ve got a sound that could be a hybrid of Modest Mouse and Foster the People.

Most of their songs started to blend together and sound the same, which is not necessarily a bad thing especially if you need background music to fill awkward silences at a party.

“They have a very organic feel to their music. I like how it’s not so constructed,” said concert attendee Ava McNicholas ‘16.

Drummer Tuttle was undoubtedly the star of the show. Though she was hidden by the other members of the band, she managed to stand out with her powerful vocals.

The cancellation of Coleman Hell probably played into the lack of attendance at the event, which is a shame considering The Colourist performance definitely went beyond even some of the past D-day artists.