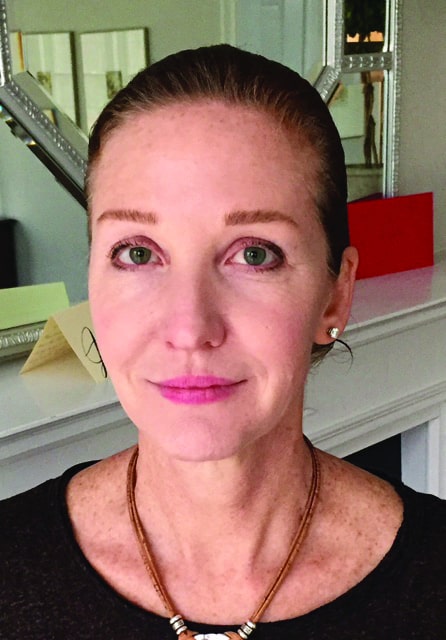 Those are just a couple of the words that may be used to describe Dr. Ann Townsend. Townsend is the co-founder of VIDA: Women in Literary Arts, the recipient of the 2016 Poets & Writers, Inc. Writers for Writers Award along with her partners and fellow poets Dr. Erin Belieu of SUNY Staten Island and Dr. Cate Marvin of Florida State University.

“These honorees embody Poets & Writers’ values: service, inclusivity, integrity and excellence,” said Susan Isaacs, chair of the Poets & Writers Board of Directors in their press release.

Townsend and her compatriots founded VIDA, an all-volunteer literary non-profit organization, for a simple purpose: to count. The data that her organization collects is then used to start conversations about the imbalance of women and men in literary magazines.

Cheyanne Cierpial ’16, who did her summer research working with VIDA, said, “I felt emotionally invested in VIDA very quickly. It combined my two passions: writing and women’s rights. I gained a variety of knowledge and skills through this experience, but more than anything, it affected me on a personal level.”

“The work VIDA does is not only so important, but it’s amazing to see the concrete difference the organization has made in the past five years when you compare the counts.”

VIDA collects data from many different publications, including the New Ohio Review, Times Literary Supplement, etc. The data is compiled online and put into pie charts, setting in stark contrast the imbalance of male contributions. They found that roughly 75% of the pieces in the Times Supplement were from males.

The goal of VIDA as a literary non-profit was “to start a conversation about gender equity and gender representation in literary publishing, across the United States and internationally.”

The program does not focus only on women but also on women of color. These statistics are compiled by surveys and translated into bar graphs illustrating the number of people who self-identify as different racial or ethnic identities.

Townsend and her organization wanted to have a serious conversation about things like unconscious bias, which can be explained by saying, “People want to be around people who look like they look.” They also wanted to talk about rejection trends.

There are now other organizations who are following VIDA’s lead in theatre and film, also examining the pay disparity for women in those fields. The conversation has now moved beyond the literary scope and into the cultural landscape.

“I think we tapped into something that people have been thinking about for a long time but haven’t had language or data to use to back up their assumptions. I think that’s the real genesis of our success: that actually created data, that we’ve done something that nobody’s ever done before,” Townsend said. “Once you see it with that kind of starkness, it just becomes that much more obvious.”

Townsend personally established VIDA as an organization, using her strategic thinking and money management skills to set up a long-range plan and fundraising for the organization.

“We are emeritus right now,” said Townsend, who passed the reigns along with her co-founders and on to a new group who they personally trained.

“Whenever you turn over an organization…” Townsend said, “…the mission will change a little bit. What I see as interesting is that they are now taking VIDA and making it their own. Its focus may change, its focus may shift, and that’s okay. That’s healthy.”