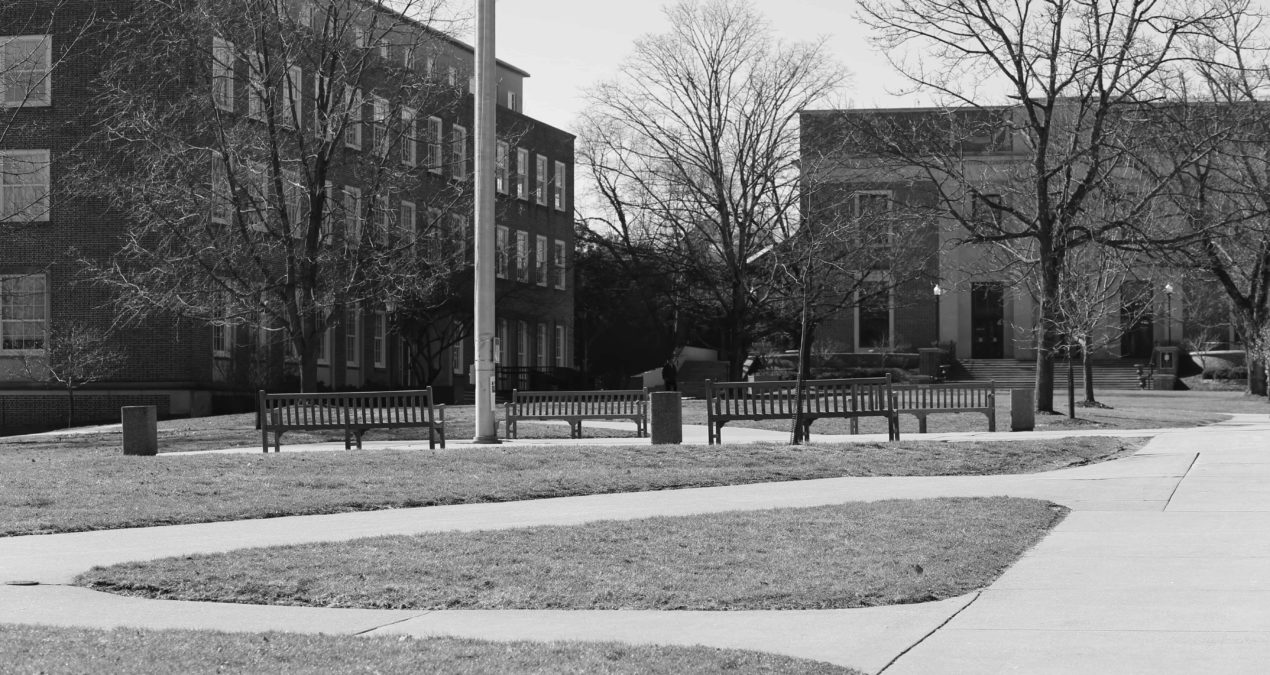 The concept of changing the design of Denison’s Academic Quad has existed for many years.  For Dr. Harry Heft, a Psychology and Environmental Studies teacher at Denison, the idea goes back to the early 80’s.

“I worked with a student in my Environmental psychology class to attempt to increase student interaction in front of Slayter through design,” said Heft, in an email. “We observed that very few students gathered there. At that time there were only a few small concrete benches positioned on the periphery of the square around the flagpole.”

As an experiment, Heft and his class installed a few temporary benches, like the ones that sit there now.

The results were promising. The numbers of students gathered in the main quad in front of Slayter increased significantly, just as predicted.

After construction of the Campus Commons, the area behind Slayter on top of the parking garage, was finished in 2004, Heft and his classes collected data and observed student use of the space.  Even after the fix up, the Commons remained underused. Heft concluded that it was a result of inefficient design, and the observations only reinforced his convictions about the importance of public space design in campus life.

For several years, he was unable to gain the traction that might lead to further redesign of some of Denison’s public space, but when President Weinberg was hired, Heft contacted him.

“I envisioned places that would serve as magnets for student interaction,” Heft said. “Research in psychology dating back a half century has shown that the primary basis for friendship formation on campuses is unplanned encounters in public areas or common areas in residences. I saw that the social life of the campus might possibly be enhanced with changes in the design of its outdoor public spaces.”

Weinberg was intrigued by the concept and with his help, consideration of an Academic Quad redesign has commenced.

David English, the new vice president for finance and management, was declared the head of a committee formed last fall to help bring the project to fruition. At this point, the committee has chosen a pair of landscape architecture design firms to create proposals for redesign of the area in front of Slayter.

A few weeks from now, the firms will present their ideas to the committee, which will either select one of the designs or look elsewhere for other, more suitable designs.

Celebrating the life and legacy of MLK JR.

Committees on cost of living, representation