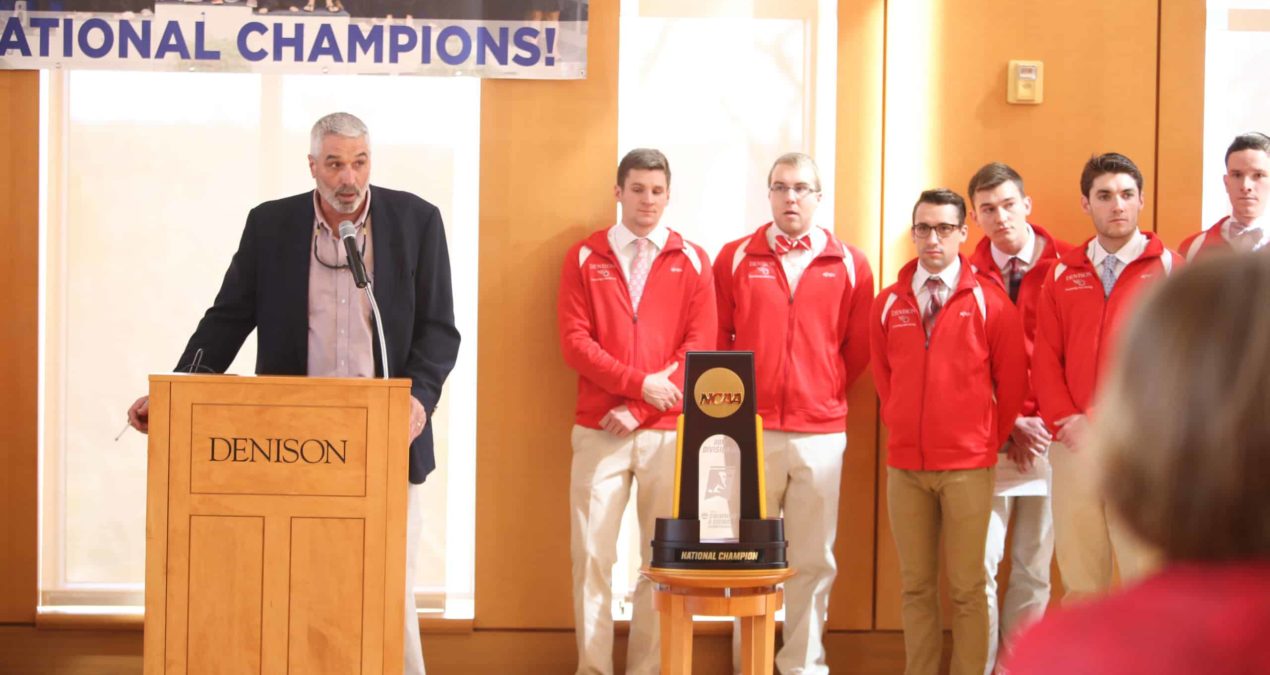 The men’s swimming and diving team has once again brought a national title home to Denison. With a final tally of 455.5 points, the Denison Men trumped Kenyon by a margin of 37 points after a four-day battle in Greensboro, N.C. It was the first time since 2011 that the men have won the title, but it is the third national championship that the team has won in the past six years. Prior to their win in 2011, Kenyon College had won the title from 1980 until 2009 – the longest national winning streak in NCAA history at the time Denison snapped it.

The champions, clad in ties, khakis and their team warm ups were honored in Knobel hall last Monday afternoon.

President Adam Weinberg delivered a heartfelt address to the men. “I’ve never been more proud of a group of student athletes than I was of watching [the men’s swim and dive teams] win last weekend. It was a remarkable moment … it represents the values, the history, the traditions of the liberal arts at this college at its absolute best.”

Dozens of faculty members, students and the contingent of the men’s team that did not compete at nationals were in attendance to celebrate the win. A victory cake was served at the reception.

The Denison women’s swimming and diving team also brought home some hardware. The women earned a fourth place finish at the meet, the 25th consecutive year that the women have been among the top six at national competition.