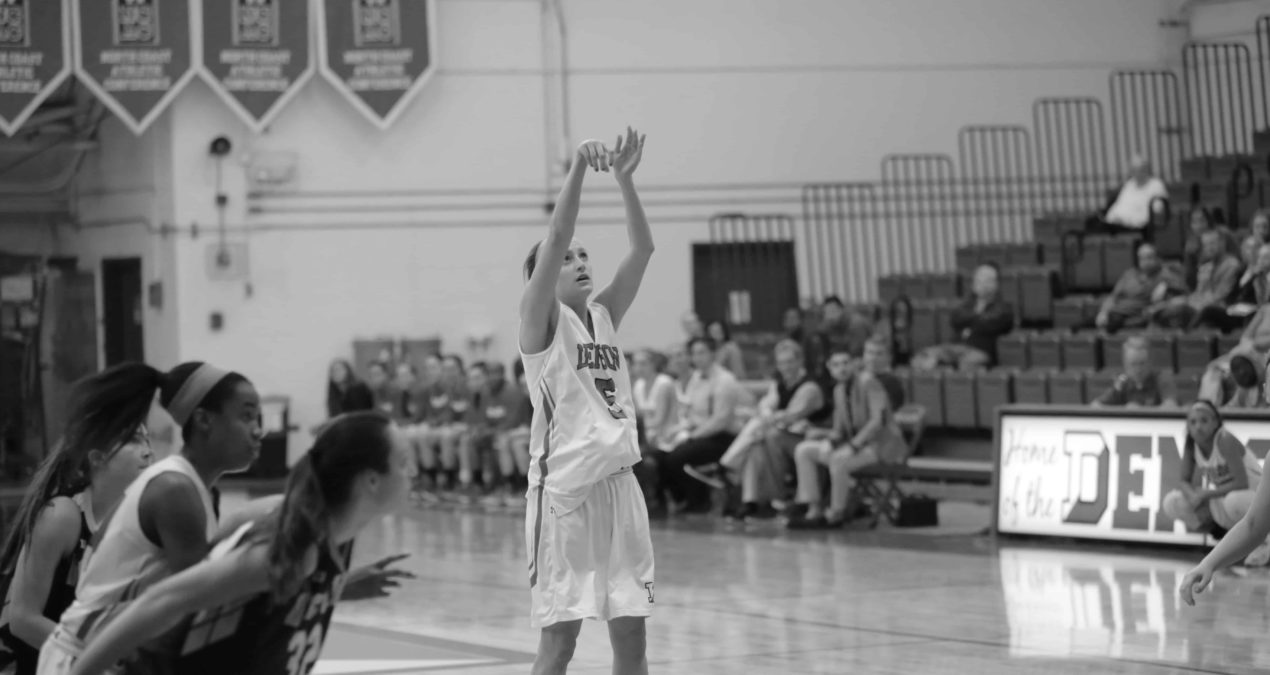 Allegheny is down by two but as the buzzer sounds the Gators swish a three pointer. The Big Red was out beat by Allegheny 67-66 in the North Coast Athletic Conference Tournament semifinals.

Throughout the entire game the Gators and the Big Red competed for the lead. With a great atmosphere in the gym, it was an extremely exciting game. The game only got closer and more intense as it went on.

After being down 52-54 with 1:15 in the fourth quarter Emily Krumpe ’17 looked down the key to Lindquist who then made a shot bringing the game to a tie.

Taylor Lindquist ’16 was then fouled and went two for two to give the Big Red a lead by two with 15.7 seconds left in the fourth quarter. With 2.8 seconds on the clock the Gators went in for a layup and tie the game 56-56.

Gabrielle Nottage ’17 tried to shoot a buzzer three pointer but the officials did not call a foul, so the game went to overtime.

After going up for a rebound and getting fouled, Jordan Holmes ’17, who broke the Denison record for most rebounds in a game by getting 28 and made the first two baskets of overtime. With the score of 58-56, it was soon tied back up after Alleghany made a layup.

The lead kept switching but with Gaby Mehringer ’17 aggressive two-pointer Denison was able to claim a one-point lead, which brought the score to 65-64.

Holmes made one of two free throws after being fouled with just seconds left on the clock. Holmes kept Denison in the lead and brought the score to 66-64.

Allegheny raced Denison down the court and tried for a two pointer but missed. Allegheny then rebounded it and passed the ball to the top of the key. As the buzzer rings, the Gator went up for a three pointer and it was good.

After Friday’s game Denison is ranked 23rd and their season record is 23-4. The Big Red recieved a bid to the NCAA Tournament from the selection committee. The Big Red will play Ohio Northern University on March 4.