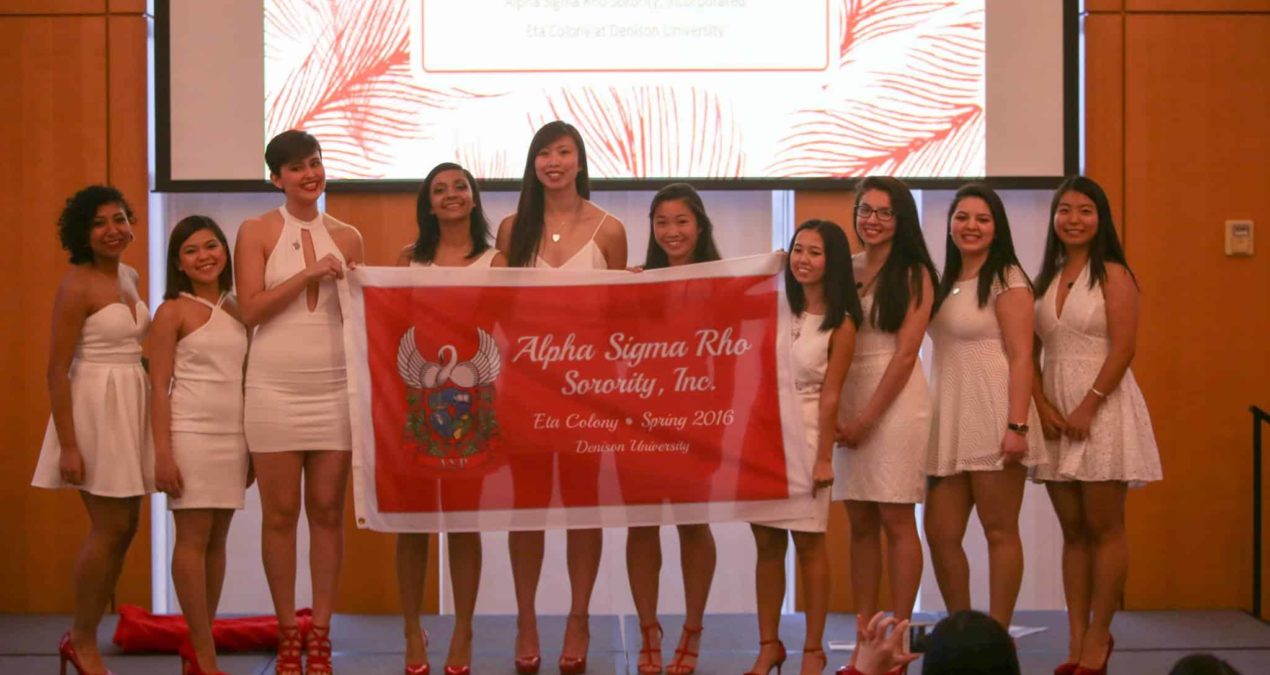 Ten women dressed elegantly in all white with red gloves entered the packed space of Knobel Hall hand in hand.

Their presentation began with the women walking in and standing together on stage while sisters from other chapters spoke on behalf of the sorority and their newest members at Denison.

The ladies then greeted their New Member Director and New Member Educator with songs as a way of showing their appreciation for the help the women gave them throughout their journey to become members of the sorority.

Finally, one by one, the 10 new members unveiled themselves to the audience members. Each new member spoke a bit about how far they have come throughout the time they have been trying to bring this sorority on campus, said a few shout outs to their big sisters and other greek members, then had their white mask taken off by their big sister as they announced themselves.

Following the reveal of the new members, the big sisters and new members exchanged gifts and presented paddles to their educators. The event concluded with the ladies of the Eta colony performing a dance and strolling (a sequence of steps done in unison usually to music).

Most of the campus has seen these women tabling in Slayter, participating in fundraisers and hosting events under the name of “DHOVS” for the past two years.

After years of working toward bringing this sorority on campus, the new members are thrilled to finally be here. Joshi echoed this statement when she said, “I can’t quite contain the excitement. It took me an extra 15 minutes to get ready this morning because every time I saw myself in the mirror wearing letters I low-key freaked out.”

Member of Phi Iota Alpha Justin Cancel ‘18 shared his excitement after the show, saying, “It’s finally great to see these women join the Greek community, especially when you know they are going to make a great impact. Congratulations to these lovely ladies in red!”