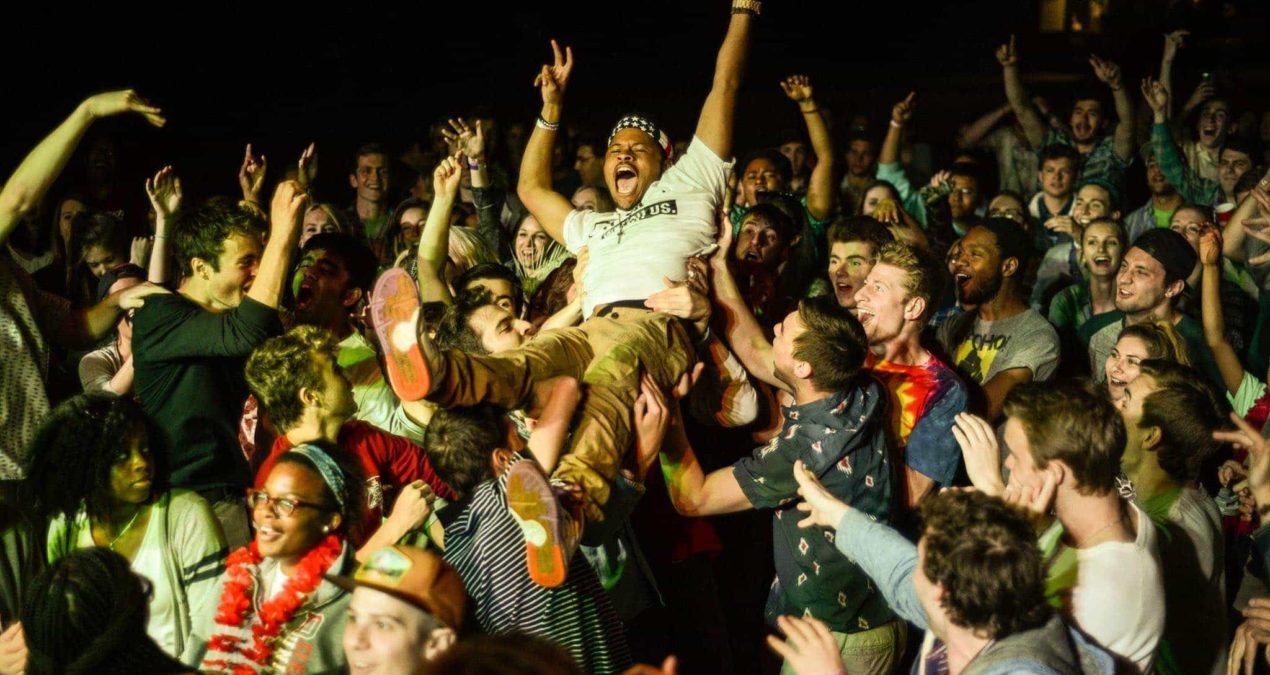 Doobiepalooza is rapidly approaching, and those in charge of the event have put together an exciting lineup for students to enjoy. For the third year in a row, Doobiepalooza will offer an evening of up and coming, fresh artists along with a fun and laid back festival atmosphere at Lamson Lodge on Friday, April 15.

The event was much different three years ago when The Doobie hosted the first Doobiepalooza. It was held on the concrete area near the Brownstone apartments and all performers were students like Joey Aich, Sarob, Beach Season and Frosted Tips. Roger Phelps ‘16, who is the current New Music Director for the station, said “we thought maybe 100 students might show up but hundreds showed up.” The event was a complete success. “The administration commended us for having this inclusive event and gave us a budget” Phelps said.

This year’s lineup includes Asian American artist, Dumbfoundead, Vundabar from Boston, who performed at the Bandersnatch earlier this year, Nick D and the Believers and Grace Martin ‘18 with an indie pop kind of sound. Kevin Herman ‘17, the station manager, explains, “The cool part is we have diversity in our lineup.” Frances Champion ‘16, program director, explained that “as an exec board, we know up and coming artists, this is our strength.”

The festival will be featuring student performers including Joey Aich ‘16 who rapped with Asher Rosh at a concert earlier this year, DJ Carter Moebius ‘17 and singer-songwriter Ethan “Heavy Boots” Ling ‘17. Returning to Denison’s campus is Charlie Burg who transferred to The University of Michigan last year.

Phelps said that the goal and ethos of Doobiepalooza is “being an inclusive, fun loving, vibe filled show and event.” He explained that, “If our goal is to bring diversity on campus where everyone can enjoy the music and dance, we’d like to show that in the music as well.”

Doobiepalooza is much more than just a music event. Herman explained that the event spreads awareness for The Doobie and Denison. When receiving applications for this year’s Doobiepalooza, the executive board noticed applications that said, “I went to Doobiepalooza and loved it and wanted to get involved,” which is what the Denison community is all about.

Herman also mentioned some of the unique opportunities he has had through working with The Doobie. “Last year we interviewed Beach Fossils in Mitchell,” Herman said. “That’s not really an opportunity many college radio stations have.”

Two successful years of Doobiepalooza have lead to a very successful year on air for the radio station. “The goals of the concert are very similar to the goals of the station which is bringing the campus together. We noticed there are fewer events on campus that can do that at such a big scale” Champion said. Phelps added that “Doobiepalooza does create support for the radio station. I think people love it and appreciate our efforts.”

For years, The Doobie has been all about creating a friendly atmosphere among students and making connections. “For me, the biggest thing is being able to work with people,” Herman said. “Working with alumni, administration, all sorts of people come to The Doobie as a part of the community aspect.”

Phelps added, “I feel like I owe so much of my Denison experience to the radio station.” Working with The Doobie helped him make friends and gain plenty of opportunities including interviewing bands while studying abroad in Australia and getting an internship in Los Angeles, Calif. “Knowing how to put on a festival and book bands, I mean that’s an unbelievable task,” Phelps said.

Phelps is excited to announce that the budget for next year is bigger and better than ever. “It’s really cool to say that we’ve founded a new Denison tradition and that it will go on for years and years” said Phelps. “To say that we’ve put our blood, sweat and tears into this is very cool, and I’m very proud of it.”