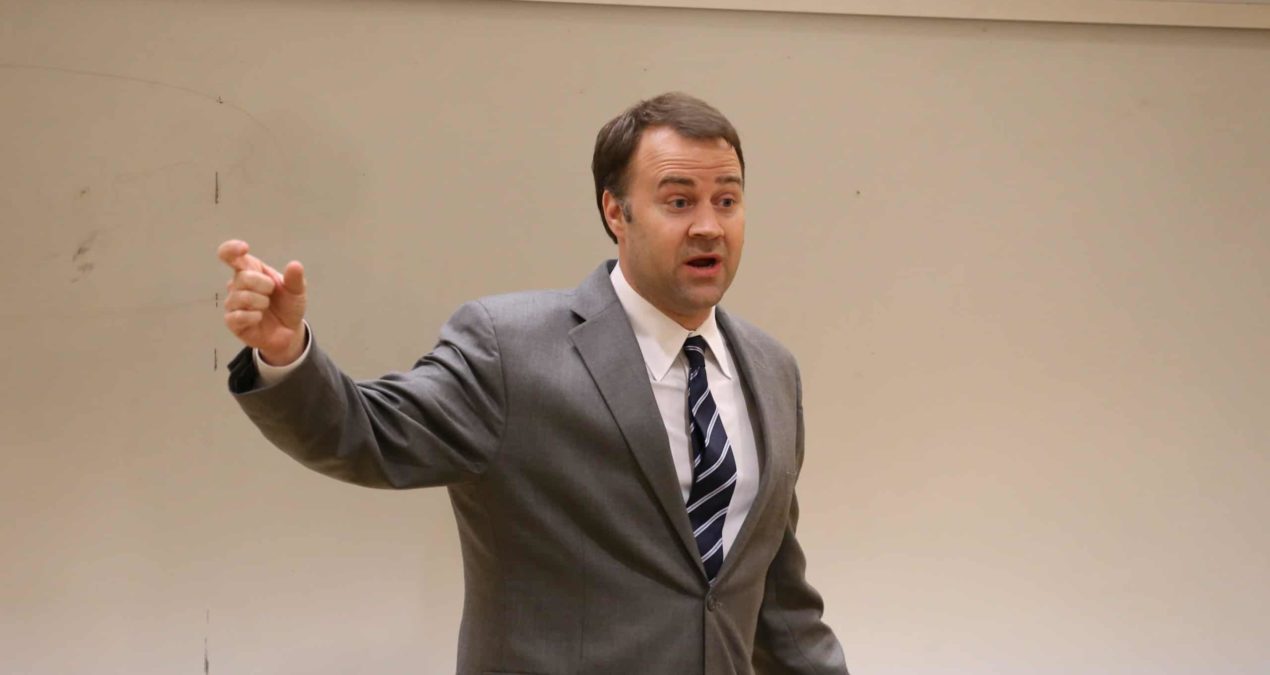 Last Thursday, David Pepper, chairman of the Ohio Democratic Party, and Joseph Begney, Candidate for the 71st District Representative, came to speak to the Denison Democrats about education reform, the 2016 presidential race and the importance of voting.

Pepper got his political start in 2001, when he was elected to the Cincinnati City Council, on which he served two consecutive terms.

He then went on to serve as Chairman of the Law and Public Safety Committee, and eventually served as Hamilton County Commission President, before being elected as the chairman of the Ohio Democratic Party.

Pepper spoke about the presidential race and the role of young people, especially college students, in determining the outcome of the election.

He also discussed voter suppression, and how, in the past, Ohio has tried to prevent younger people from voting by making the process of voting more tedious and time consuming.

Pepper remarked that Democratic candidate Bernie Sanders has “tapped into the frustration of the next generation…[and] we need to lead the way to solve some of the issues that your generation is frustrated with.”

Besides voting, he encouraged students to help out with phone banking, reminding people to vote through email, social media and phone calls and door to door visits.

While Pepper acknowledged that during campaign season, it can be easy to stop listening to all of the political ads and debating because of their aggressive and repetitive nature, he believes that if students take these actions, they can really make an impact on the number of people that go to the polls and vote.

He urged students to “vote early, and then help others vote!”

Joseph Begney, who was elected to the Reynoldsburg City School Board in 2013, also emphasized the importance of voting for our generation.

His campaign is largely based on education reform, and making changes in schools that reduce class sizes and giving students more class options.

Often times these students are not given the option to take any classes outside traditional subject matter, such as art.

This can set students at an unfair advantage when it comes to getting into good colleges, and Begney said that for this reason, it is a very high priority for him.