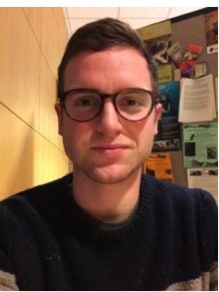 Martin Buber avidly declares that in order for connection, communication, and understanding to be realized, we must step away from ourselves and understand the other while holding onto everything we hold most dear. In other words, we must have respect for the “Thou” in our lives while being cognizant of ourselves, which is the “I.”

As of late, I have had a thought burning at the outskirts of my skull; an endless dream that is constantly swimming throughout, what is Denison’s idea of culture and community? This is a multi-faceted question, on the one hand you have the institutions idea of culture and community, and on the other you have the students understanding. So which idea is correct, which idea is practiced, which idea becomes explicit, and which idea becomes implicit?

Upon analysis of the institutional depiction of culture and community, it would seem that Denison hits the nail on the head.

“We envision our students’ lives as based upon rational choice, a firm belief in human dignity and compassion unlimited by cultural, racial, sexual, religious or economic barriers, and directed toward an engagement with the central issues of our time.”

Every student has been told this statement time and time again. This is an ingrained staple of what makes Denison so unique. However, as students who live in this community and live within this culture, do you believe that we are as connected and as immersed with one another as this statement so acutely depicts? To be blunt, Denison’s explicit goals are not being practiced. The implicit nature of those around us depicts a much harsher reality. In fact, the students have carved this reality out themselves.

Pockets, a word that I cannot stress and dislike enough.

The natural tendency for humans to cling to those who are similar has been occurring for thousands of years, but as a small community of young scholars who are in the revolutionizing age of cultural awareness, why do we so aggressively fear the other?

Pockets of culturally similar people are a huge aspect on this campus. While spending time with those who are similar ethnically, socio-economically, and socio-politically can be good for friendship and comfort, it can also be destructive. I have observed pockets of people who rarely, if ever, break free from the bounds of groupthink, similarity, and assimilation. As a matter of fact, I am even guilty of this, however, it is time to re-think, re-evaluate, and re-instill our sense of culture and community on this campus. It is time to question, to care, to reach out, and to think critically of the way in which we conduct our lives culturally and communally.

It is time now not to waste this chance to truly learn from experience, from story, and from others. Be the autonomous thinker that Denison crafts you to be and use your voice to stand up and renew your sense of culture and community. Connect with the other while expressing the importance of self, realize the “Thou” in your lives and realize that the “I” can coincide.

I invite all of you to experience a renewed sense of culture on this campus that is so desperately deserved on Friday, April 29th at 4:30PM on A-Quad. Taste Denison, Taste Connection, Taste Difference, The Taste of Culture.

Your attitude toward others matters