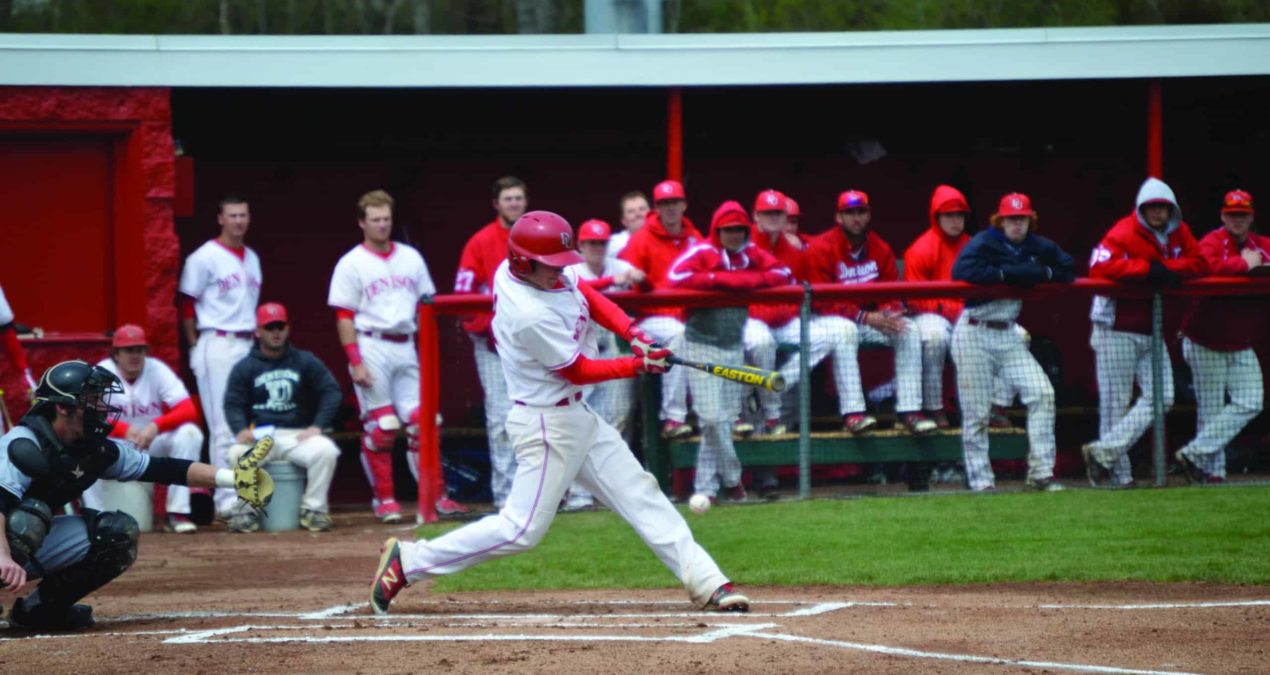 Big Red Baseball’s 3-1 series loss to Ohio Wesleyan still puts them comfortably atop the NCAC West Conference standing. Prior to this weekend, Big Red was undefeated in the NCAC through 8 Conference games. The team has earned a 21-9 record through their first 30 games of the season.

Runs did not come easy for the Big Red in the first two games of the series. In Game 1, Denison left 8 on base but only earned home plate once when a sacrifice fly from Noah Hahn ‘18 drove in Tucker Davidson for Denison’s singular run in the 7-1 loss. After losing the double header by giving up the second game 9-4, Denison made some adjustments and came out with some big swings on Sunday.

Denison won the 3rd game of the series in an overwhelming score of 12-4.  It was a big 4th inning for DU as Eric Zmuda ‘17, Evan Flax ‘17, each earned 2 RBI doubles, in addition to two walked-in runs and a 2 RBI single from Jake Meegan ‘16.

The Big Red managed to tally 7 runs against Ohio Weslyean in the final game, but couldn’t tame OWU’s bats as they fell 12-7 to lose the series.

The Big Red’s next Conference series takes place in Crawfordsville Ind. where they face the Wabash Little Giants. If Denison wins the series 3-1 the Big Red would finish the season with a 12-4 record, their highest NCAC winning percentage since 2008. A sweep gives them a decade-high record of 13-3, their would-be best since 2005.

DU Baseball has swept two Conference series already this year, and the 6-6 Little Giants certainly give Denison the opportunity to post up some impressive conference stats.

“We have a fun group of guys this year,” Coach Michael Deegan said of his team. “We have seen a lot of improvement throughout the season. I look forward to watching this team grow and continue to develop.”