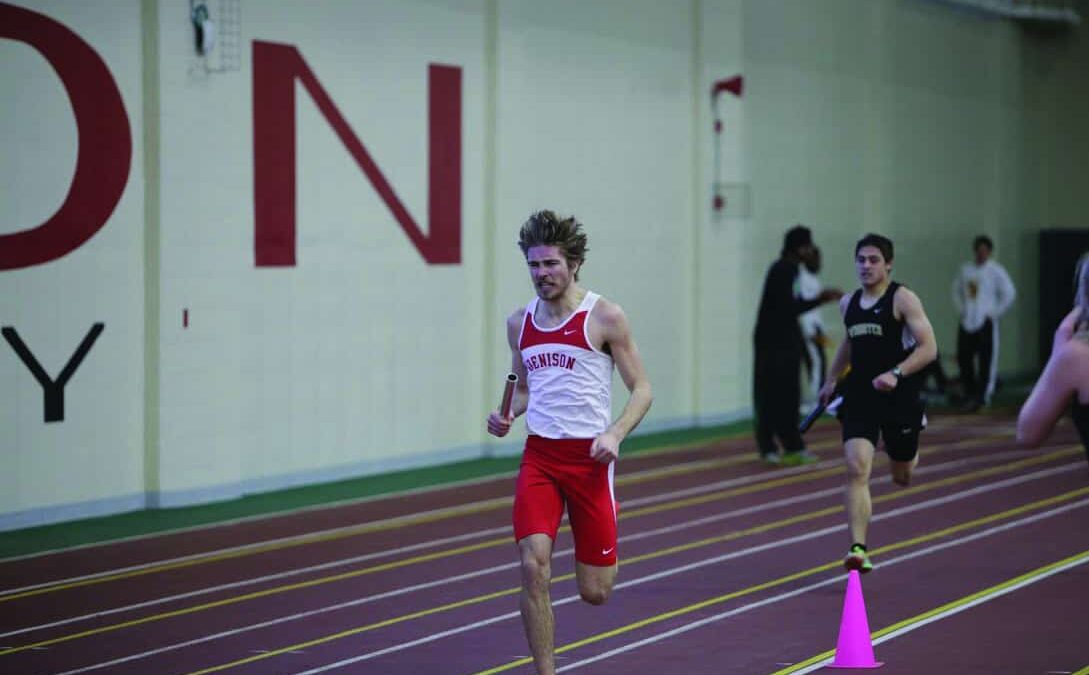 The Denison Big Red men’s and women’s track teams travelled to North Carolina to compete at the VertKlasse Meeting on the campus of High Point University last weekend.

Denison’s success carried over to the short-distance events. Michael Bonebrake ’17 finished third in his heat for the 400m dash and also took 4th in his heat for the 200m ash. Quenton Richards ‘16 and Lucas Romick ‘16 also competed in the 200m event with times of 23.52 and 23.83 respectively.

With the field events, David Carter ’19 placed 12th out of 21 competing athletes. In the 4×100 relay, Carter, Bonebrake, Romick, and Richards finished 14th and in the 4×400 relay Keller, Munn, Niall Clancey ’19, and Cove placed third.

The Big Red women also posted many impressive times and scores. Ajai Brooks ’16 led the Big Red with two top-10 finishes. She had personal records in both the 100m and 200m dash. In the 100m dash, Brooks placed 6th out of 48 sprinters and she finished 10th out of 94 sprinters in the 200m dash. Both of these finishes rank in the top-15 Division III this season.

Arlesha Cospy ’18 and Rebecca Fritch ‘16 both achieved personal record in the discus. With her toss of 149’7”, Cospy moved into the top spot on the Division III national list. In the triple jump, Aedin Brennan ’16 finished 5th, allowing her to qualify for nationals. She also placed 11th in the long jump.

Big Red Outdoor track and field returns to action next Saturday at the Marv Frye Invitational hosted by Ohio Wesleyan University. In addition, select athletes will compete at the All-Ohio Combined Events Championship hosted by Muskingum University on April 9-10.