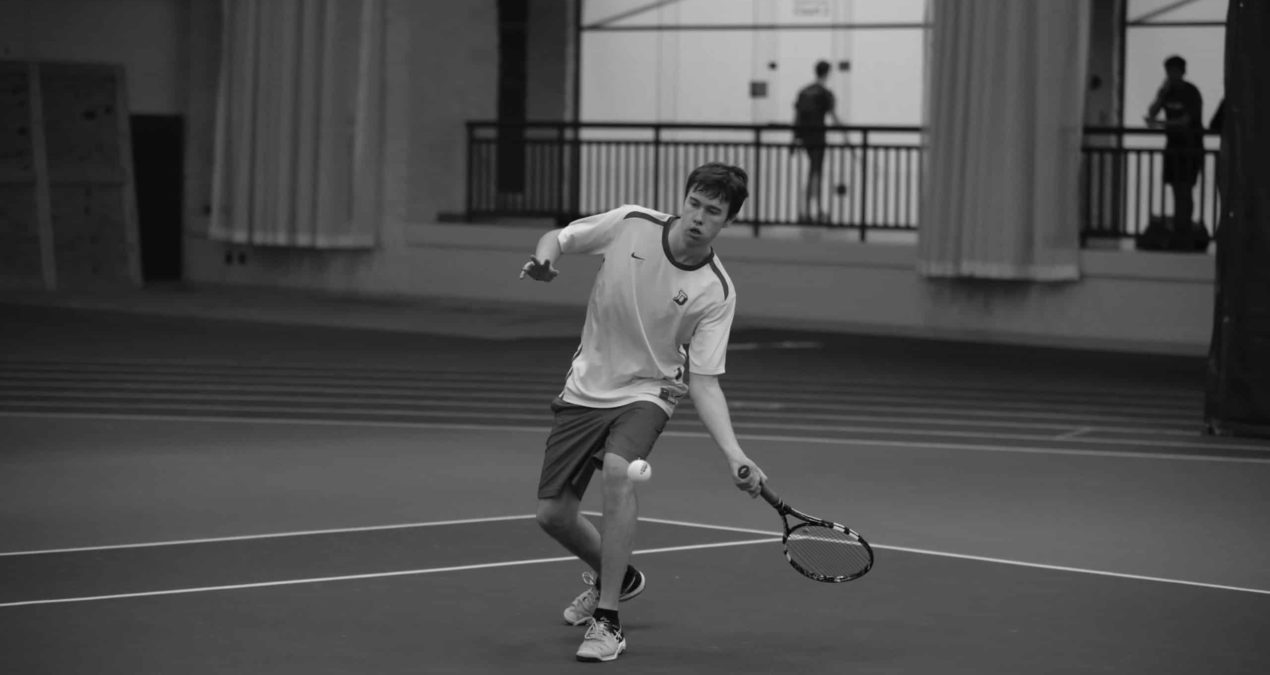 It turns out that 40th-ranked Oberlin was no joke as Denison sweated out a hard-fought 5-4 victory to extend their win streak to four matches in a row.

Midweek, Denison had to come from behind against Wooster to win their third in a row.  The Big Red fell behind, 2-1, after doubles play, with the team of Owen Smith ’17 and Jamie McDonald ’18 as the lone DU victors.  “I was still very confident that we would win the match overall, but I think it made everyone take their singles matches seriously,”  McDonald said.

Singles play was a different story as the Big Red swept all six matches and defeated the Fighting Scots, 7-2.  In singles play, Denison did not drop a set.

Saturday’s match, against Oberlin, was a close shave to open the month of April.  The Big Red were up 2-1 after doubles play and continued to split singles matches until they had a 4-3 lead with two matches to go.  Smith came in clutch, securing the Big Red victory with a 7-5, 7-6 (7-4) fifth singles win over Oberlin’s Robert Gittings.

Smith and Jack O’Koniewski ’18 also earned a doubles win, giving Smith a perfect 4-0 record for the week.  Kevin Brown ’19 and Jackson O’Gorman-Bean ’16 won together in first doubles and separately in first and third singles, respectively.  “I don’t think there was any extra pressure for me to get wins at first doubles and first singles,” Brown said.  “Every position is equally important.  I do put pressure on myself to go out every match and try my hardest to get wins.  But it takes pressure off to know that all of my teammates are battling their hardest right beside me.”

The Big Red (8-4) have a light week before entering North Coast Athletic Conference Western Division play.  Denison hosts 18th-ranked Kenyon on Tuesday, looking to improve to 6-0 in Granville and win their fifth match in a row.  The match begins at 4:30 p.m. on the tennis courts.

“One of our toughest tests this whole season will be Kenyon,” McDonald said.  “Kenyon is a great team with a lot of talent, but we’re all ready to come out and play them on our home courts.”