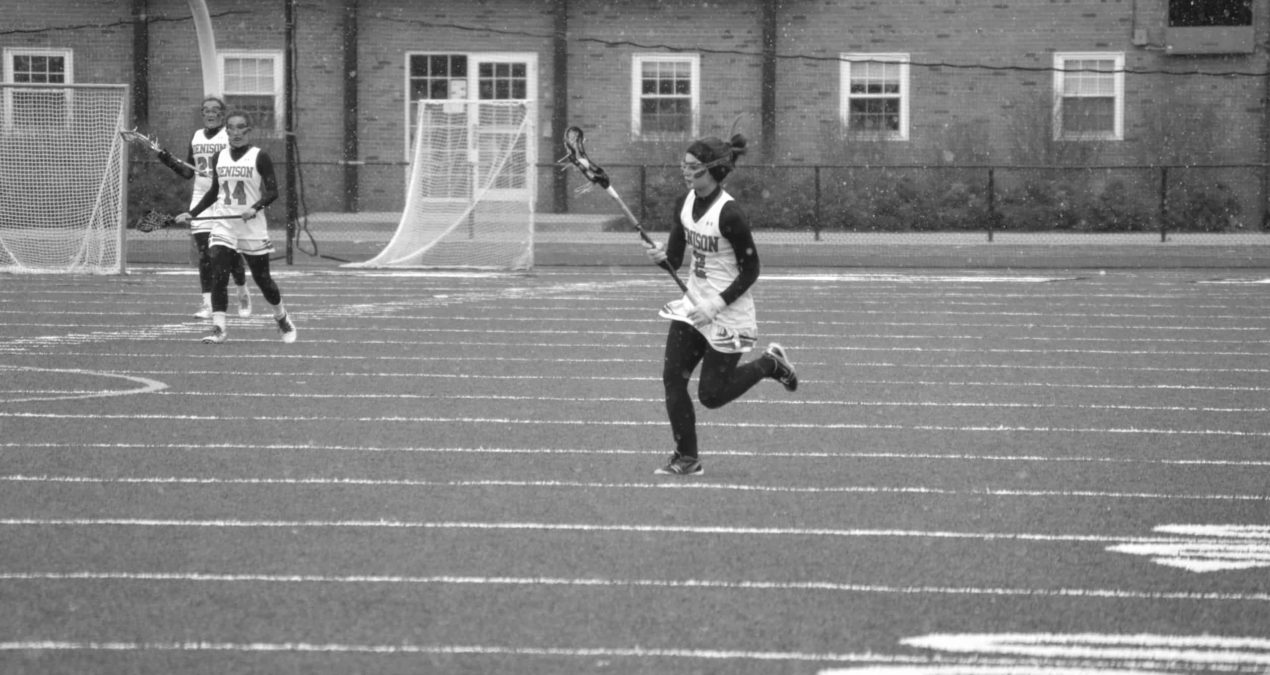 In the first minute of the game Senior Carol Allen put up two goals against the Ohio Wesleyan Battling Bishops. These goals would take the Big Red into an 18-2 victory on Denison’s One Love Fundraiser game.

The One Love Foundation is a site that ways awareness for abuse and honors Yeardley Love, a lacrosse player at the University of Virginia who was found murdered back in 2010. The women’s lacrosse team raised money, sold shirts and brought awareness of this foundation all week leading up to their game on saturday.

The Big Red went goal after goal in the first twenty minutes of the match. Just seconds after Allen’s double goals Halle Walsh ‘18 set up Claudia Rafi ‘18 for a shot bringing the score 3-0, Denison.

Denison advanced to 5-0 after Reid Hirshey ‘17 put up a pair of goals. With about 24 minutes left in the first half Claire Ludlow ‘17 completed a successful shot and Annie McMahon ‘17 followed seconds later bringing the score to 7-0.

With just under the 21 minute mark Ohio Wesleyan scored their first goal but Denison shut the Battling Bishops down quickly for the remaining of the first quarter. The first half ended with the Big Red in the lead 14-1.

In the first ten minutes of the second half Denison came out strong with scoring three goals by Walsh, Rafi and Hirschey.

Ohio Wesleyan added their second and final goal of the game with just under 14 minutes remaining.

The match ended with an assisted goal by Becca Jones ‘18 to Leah Israel ‘18 in the final seconds of the game.

The Big Red played together this game and was able to end on a high note. Denison was especially successful in their defense and draw control. Jane Goodspeed ‘19 led the team with seven draw controls. The Big Red’s defense was tough which allowed for Hannah Magarian ‘19 and Laura Van Horn ‘16 to each only be scored on once.

Denison’s offense proved unruly for the Battling Bishops and the game ended with a score of 18-2. The Big Red used this game to practice what they have been working on all season.

“We were able to take advantage of the opportunities we had to execute a lot of the things we’ve been working on this season like our plays and pressuring on our ride,” Emily Marlatt ‘18 said.

Denison is 6-0 in NCAC play and will play at Depauw tomorrow and the Big Red will honor their three seniors this saturday at 1:00pm on Deed’s Field.