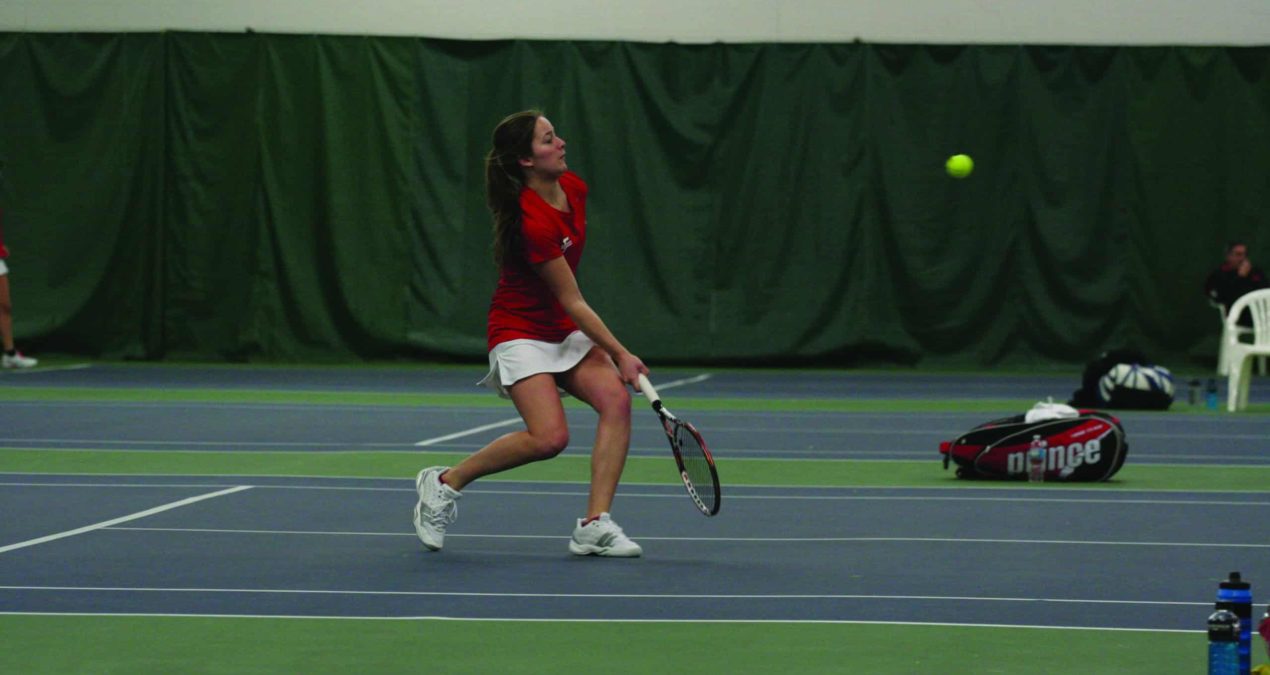 Whether it was the warm weather, sunny skies or the fans flooding the stands, the Big Red’s energy at Wednesday’s match against Wooster was unstoppable. Finishing the match in just two hours, the Big Red exhibited exceptional accuracy, execution and finesse in all singles and doubles play.

The match against Wooster was the team’s first outdoor match this season. “It’s hard to adjusting playing outside because the wind, sun and temperature can really affect the game a lot,” said captain Sarah Torrence ‘16. “You really have to embrace the weather and use it to your advantage. I thought we did a really good job of making the wind our friend and using it against our opponents.” Even with these new challenges, the Big Red came out strong and left everything on the court.

Echoing this sentiment, Vitellas remarked on the team’s energy and outlook, “I would say something that is encompassing of how the match went and how our team is approaching the season as a whole is that no matter who is on the other side of the net we bring 110% and leave it all on the court.”

The Big Red traveled to Madison, Wisc. to play in the Midwest Invitational, where they competed against the University of Wisconsin-Whitewater on Friday and Gustavus Adolphus College on Saturday. Unfortunately, the Big Red suffered a huge loss of 9-0 to Wisconsin-Whitewater. In singles play,  though, Alsup, Torrence, and Hammons all played a third set in their doubles matches.

Meanwhile, the Big Red was able to come back Saturday, securing an overall 5-2 win. Due to time restrictions, match play ended when the first team reached five points. In singles play, Hawley, Chiumento, Alsup and Hammons all defeated their opponents, securing four points for the Big Red. Doubles partners Chiumento and Hawley defeated Michaela Schulz and Lizzy Stanczyk 8-4, which ended the match for the Big Red. Doubles teams Alsup/Hammons and Hickey/Torrence did not get to finish their doubles matches as a result of the time constraints.

The Big Red will compete against Wittenberg on Tuesday, April 12 at 4:30.

Denison Field Hockey is Ready to Play, and Win