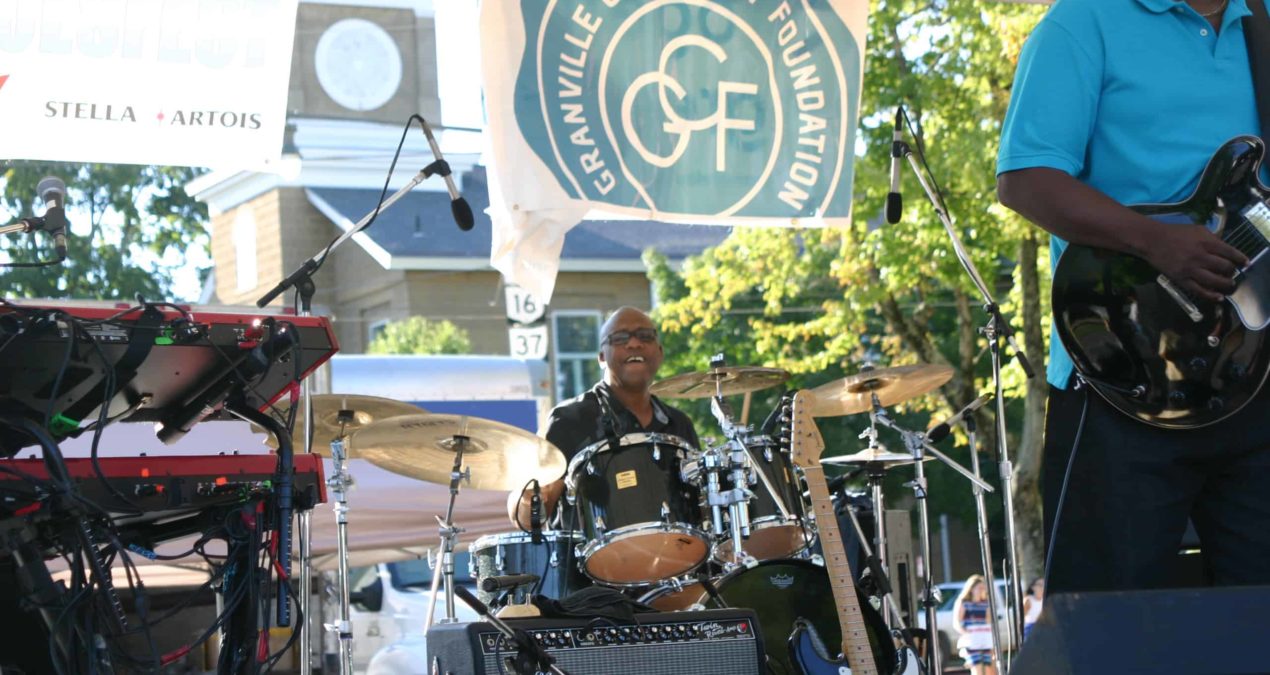 The performer strung his guitar, cleared his throat, and sang fluctuating notes. The crowd scattered Broadway as they sat in lawn chairs, tapping their feet in the hot sun.

It was the perfect summer Saturday, and the blues music seduced the townspeople to a mellow mood. The festival intensified Granville’s quaintness. Looking around, everything seemed like it was just as Granville should be: a charming community.

“I wanted to go to the blues fest because I wanted to hear live music and go to the beer garden with my friends,” Emma Brereton ’17 said. Good food, music and beer along with sunny skies made the charity event in the eyes of many a major success.

Concert attendee Emma Harms ‘19 said, “It was definitely the type of atmosphere that just makes you want to tap your toes along with the beat. I was glad that I got to see some of the local culture in Granville.”

The non-stop playing of tunes not only hurried through Granville but could also be heard at the top of the hill on campus. It was nice to have a delightful sound play as students walked through campus.

But the event was not just about the music and fun. The event benefited the Christopher Carlson foundation, which helps children and their families who are battling pediatric cancer. Named after the son of Dr. Andy Carlson, a professor in the Denison Music Department, the charity provides helpful services such as meals, transportation and emotional support for those struggling with pediatric cancer. The event also gives money to Blues for a Cure, which provides money for cancer research, but also has recorded music in hospitals such as the James cancer hospital, which is then broadcasted over the radio for patients to hear.

The founder of the festival, Jerry Martin, believes that music unites everyone, and is a cure in itself.

“We’ve raised $150,000 for charity,” said Martin, who has been running the event for 17 years. “The blues is the root of almost everything we listen to from American music standpoint, and we’ve always had quality acts.”

Since the festival lasted from 12:00 pm to 10:00 pm, it offered many opportunities to go at any time most convenient. There were multiple performers throughout the day, offering something new for each time of day. The festival could have been a lunch-stop, as Granville restaurants parked food trucks in the street, or it could be a night-time hangout with friends, when the weather cooled.

Each performer brought admirable talent. “One performer played three different instruments within a span of ten minutes and I thought that was so impressive,” said Harms.

The crowd consisted of a good mix between Granville residents and Denison students. The festival seemed to serve as a warm welcome back to the Granville community for the newly arrived students.

“There was a nice sense of community. Everyone was out with their families, friends and dogs,” said Molly Keisman ‘19. The crowd grew throughout the day, as the performers came and went.

Expecting to hear something new at any type of day, each performer brought his/her own flare to the blues genre. The audience watched with ease. It felt good to be part of the Granville community.