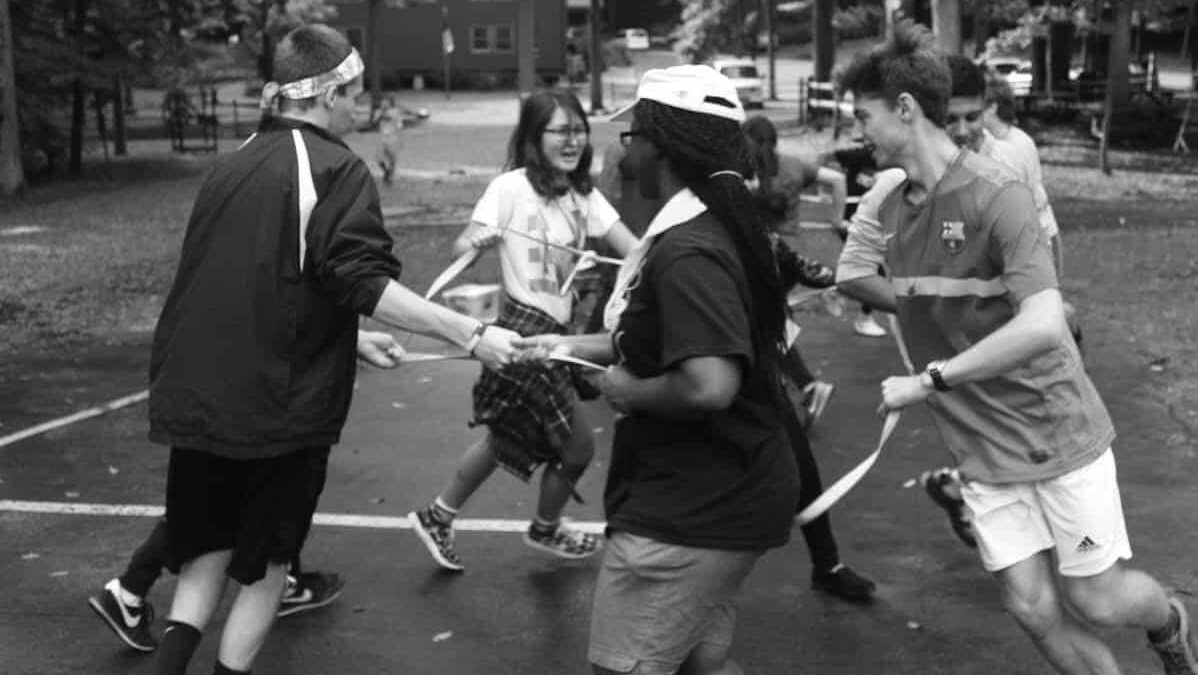 Approximately sixty first-year students piled into buses last Friday to head to Camp Nuhop in wooded, rural Perrysville, Ohio where they spent the weekend attending the leadership program known as D.U. Lead. Here, they gathered into groups or “clubs” of about nine students and commenced an experience centered around building relationships, learning how to enact social change, and developing the tools needed to lead an impactful career as a Denisonian.

Each participant brought an overwhelming amount of motivation, interest, and commitment with them, creating an environment that immediately challenged and compelled all present.

Kellsey Medsger, an attendee, found this atmosphere equally inspiring, because “there was so much positive energy and encouragement.” For her, D.U. Lead became a space in which everyone could “discuss and share what we’re all really passionate and excited about.”

The schedule only propagated these kinds of discussions, as participants exchanged club discussions for outdoor activities, which included harnessing into a giant swing, operated by group members who lifted them into the trees. This particular activity was meant to challenge them and force them to confront their fears and reservations.

Team building exercises were integrated into the weekend as well, bringing students together who had not yet met and asking them to work collaboratively with trust and respect.

However, many were in agreement with Dorian Lacey-Garita when she said that her favorite part of D.U. Lead “was easily the people [she] met” and the relationships she started. “By the campfire on the first night, [Dorian] was already dreading the end” of this weekend of fun and fervor.

These relationships were one of the most rewarding parts of this program. As Medsger puts it: “listening to everyone talk about their stories and ideas helped remind me that even though we all come from different backgrounds and experiences, […] we all are alike in at least one way” and therefore, “everyone has something to bring to the table.”

This collision of ideas and beliefs bolstered open-minded, peaceful, and conscious discussion and was largely responsible for the immense camaraderie that formed during the stay at Camp Nuhop. Another attendee, Micaela Levesque, adds to this by saying that “D.U. Lead teaches students how to not only listen, but to actively seek the opinions of others.”

Largely responsible for the success of this program were the Co-program Coordinators Gabe Schenker ’18 and Rhea Patil ’19, along with Co-Lead Facilitators Emma Bosley-Smith ’15, Dean of Co-Curricular Design Natalie Keller Pariano, Leadership Fellows, the Campus Leadership & Involvement Center, and the Club Advisors. The Club Advisors in particular worked with their respective “Club” in pairs and grounded the entire experience in Denison values and traditions. The overarching theme of the weekend was “Marking your Mark” and the Club Advisors worked both communally and individually with students to decide how they are going to go about achieving this during their time at Denison.

This group of First years emerged from the weekend with new friendships and inspiration to actively take part in the Denison Community. They foreshadow a generation of Denisonians who will not hesitate to get involved, step up, and make their mark.