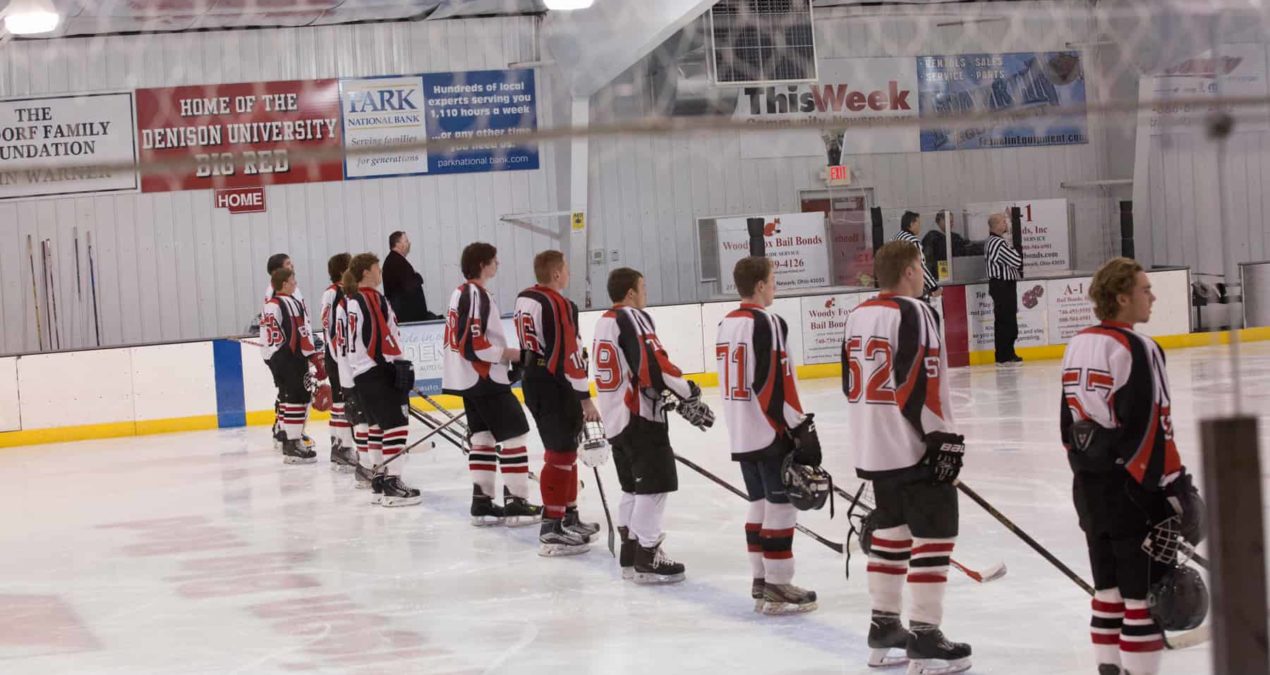 The puck slid past the Wooster defender and into the high slot. Down 0-1 from the first period, the Big Red was ready. “I was right there. I shot it, hoped for the best, and it was in the net” said forward AJ Koch ‘19. The whistle blew and Denison had its first goal of the club hockey season on Friday against the Fighting Scots.

This year the team introduced a new strategy dubbed “the torpedo.” The system emphasizes offense and scoring over defense, reconfiguring the traditional three forwards and two defense into a dynamic set of a defender, two half-backs, and two “torpedos” lined up at the defensive points ready to break out of the zone.

“We have plenty to work on, but out of the gate, I was impressed by the effort and willingness to learn by the team,” Coach Jeff German said.

The Big Red adjusted to the new system and found their stride in the second period, scoring another goal to take the lead. German said “as the game progressed and adjustments were made you could feel the game shifting in our direction.”

However, Wooster wasn’t going to give up easily and responded with a goal less than a minute later to tie the game.

Denison quickly scored to take the lead back. Then with only one second left in second period, Wooster scored on an odd man rush, abruptly shifting the momentum of the game before the two teams headed into their locker rooms.

Wooster rallied to gain a third period lead, but with a deep bench providing three capable lines, the Big Red fought hard and with only six minutes left found the net, bringing the final score to 4-4. It was “the most exciting hockey game I’ve been to,” said fan Kristina Wright ‘18.

Despite the tie, the team is excited to be back on the ice for a new season. “Just being out there, having a good showing, with a lot of freshman, it was a nice feeling,” Koch said.

The team has big plans this season. “I have every intention to bring this program back to regional, if not national recognition,” German said.

The Big Red will play Otterbein Friday at 6:30 p.m. at the Lou and Gib Reese Ice Arena.

The second fastest sport in the world