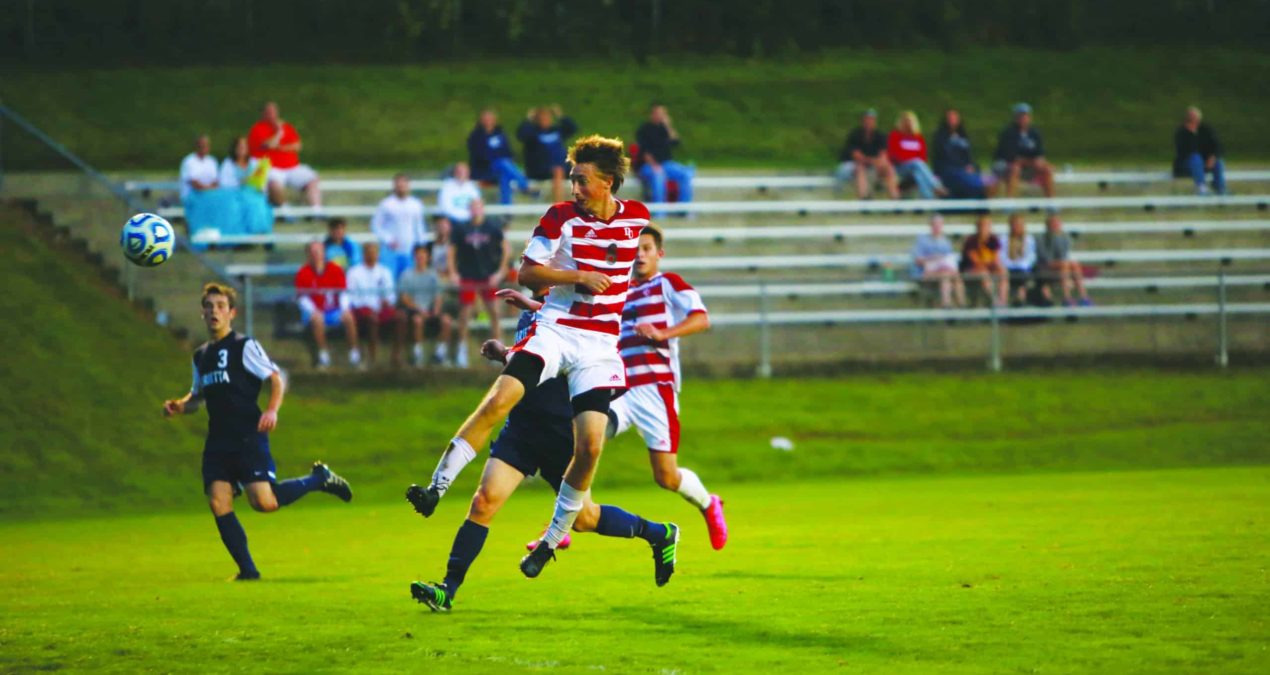 The Big Red men’s soccer team fell twice over the past week, both matches finished in a one-goal deficit. On Wednesday, Capital made the short trip from Columbus to Granville, and the physical match ended in a 1-0 defeat for the Big Red. While Denison had moments in the Crusader’s half of the field, Capital scored the first and only goal in the first half.

“We failed to really establish a presence or possession in the

attacking third of the field so when our chances came we snatched at them and panicked,” said defender David Jaben ’19. “Their physicality and high pressure really threw us off our game and prevented us from playing our style.”

The Big Red held a slight edge over the Crusaders on shots, 12 to Capital’s 11, but only put three on goal. Denison pitched a lot of passes in the air down the field to try to open up space for the attackers, but Jaben believes this is not part of the Big Red’s style of play.

“We need to play to our strengths,” Jaben said. “This includes playing through the center and getting our best players the ball at their feet in the midfield and attacking third. If we can get back to this approach the goals will come.”

Denison had another one goal loss on Saturday, this time to Wilmington (OH) at a score of 3-2. The game-winning goal came from Niklas Martensson with 58 seconds left in the game. This loss was especially heartbreaking, as the Big Red out-shot the Quakers 18-9. Connor O’Neill-Dee ’17 scored the first goal of the game and the first goal of his season, but his effort was not enough to push his team past Wilmington. As far the team’s hopes for the rest of the season, Jaben believes there is still a lot of time to turn the season around before conferences.

“We have a very talented team and if we continue to work hard and focus on playing the way we want the results will come,” Jaben said. “We just need to trust the process.”