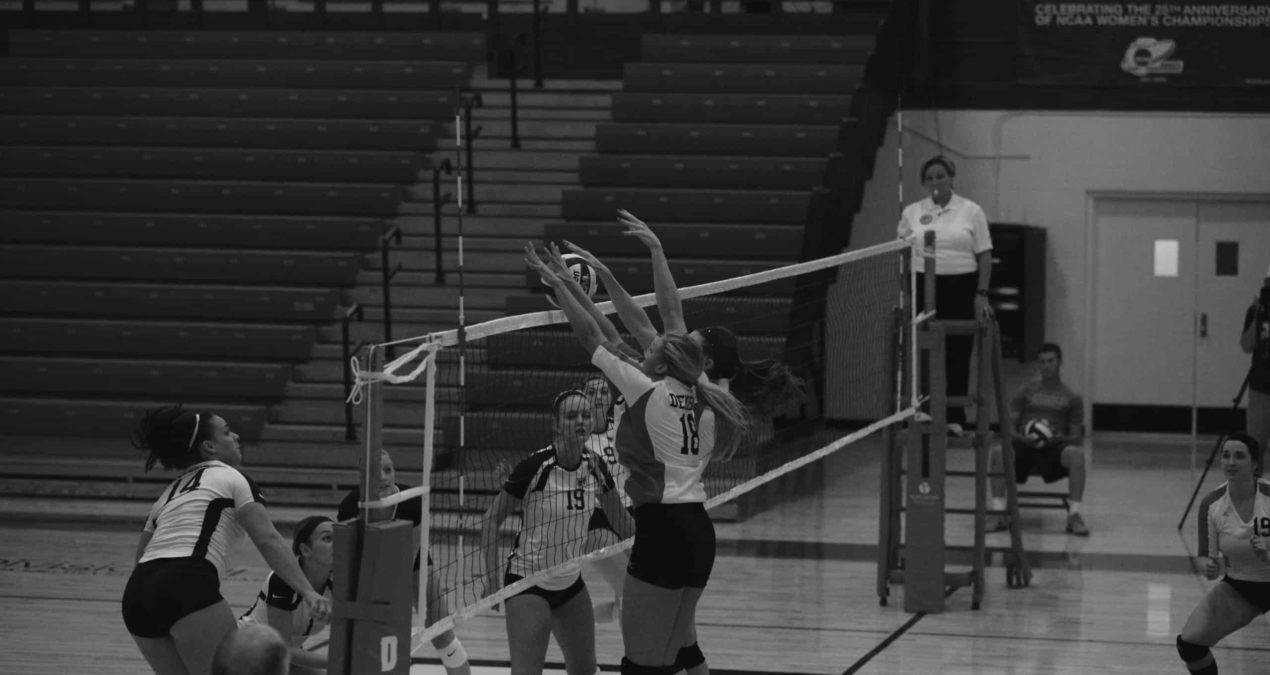 The matches were against Berry College and the Rochester Institute of Technology.

The Berry Vikings, who were at the time undefeated on the season lost their set of the season to the Big Red.  Leah Reinfranck ‘18 led all players with 17 kills and Katie Aucamp ‘20 racked up 12 finishes and two service aces. Despite Denison’s efforts, however, the Vikings came out on top winning three sets to two.

The Big Red once again played through five grueling sets on the second match of the day, which was against Rochester.  Reinfranck once again led the attack with 10 kills and was helped by 25 assists from Kaileigh Poe ‘18.  This was not enough and DU fell in the fifth set of the match.

On Saturday, Sept. 10, Denison faced Bethany College as well as Defiance.  The Big Red lost six straight sets and fell to both squads.  Reinfranck finished with 14 kills on the day and was named to the all-tournament team.

Denison will look for redemption later tonight at 7 p.m. against Ohio Northern.  They have yet to play a home game and will not return to play in Granville until Sept. 29.