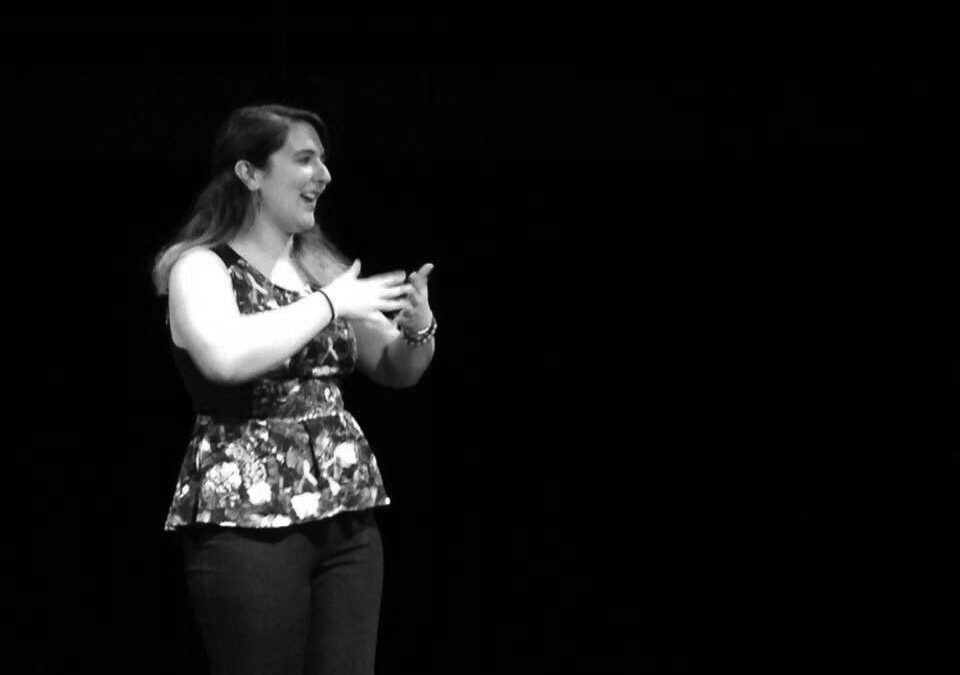 Full dark. There’s music playing. A woman walks out on stage, and the lights come up on her. One person in soliloquy, holding the attention of the audience.

Meghan McGuire’s senior research presentation, An Evening of Monologues for Women, repeated this motif for each “scene change” throughout the show. A single woman stood onstage and delivered her monologue, the lights went down, and there was background music as the next speaker took her spot in the center of the floor in the Burke Black Box Theatre on Sept. 23 and 24.

Each woman spoke on a specific topic; some reflected on the personal history of their character, while others carried on one-sided conversations with imaginary listeners. The effect was eerie.

McGuire’s research was dedicated to creating parts in theatre for women that were not simply talking about a boy. The topics her actors spoke on included, rape, abortion, the troubles of same-sex attractions, abusive friendships and more.

Katie Landoll ‘18, who delivered the last monologue of the evening, gave a particularly humorous speech about the difficulties of hooking up in a bar from a woman’s perspective. The combination of Landoll’s facial expressions and body language on stage, coupled with the lines she was delivering, elicited outbreaks of laughter throughout her performance.

Maggie Chamberlain ‘19 presented a heartfelt “conversation” with her best friend, which, admittedly, was talking about a guy. However, Chamberlain’s character was trying to convince her friend to do what she really wanted rather than marrying someone whom she would grow to hate but swearing to stand by her whatever her decision. Her expressiveness on stage, from waving her hands emphatically to make a point to hanging her head in despair, aptly conveyed the strong emotion that was essential to the scene.

All of the women on stage read emotional pieces, though some used their body language more effectively than others. Expression and body language are very important in theatre, and it is important that motions be exaggerated to an extent so as to be clearly noticeable to the audience. McGuire said that her only notes to actors were along the lines of, “You need to move more, and you need to move way less.”