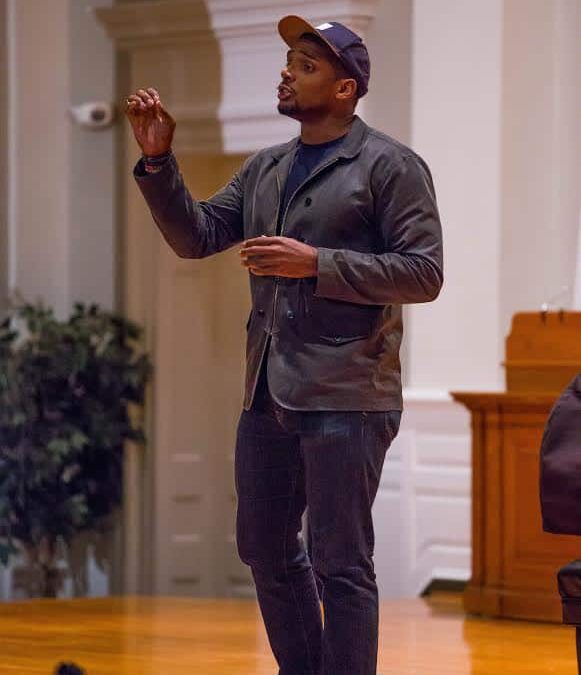 Last week was the 30th celebration of Coming Out Week here at Denison, and Outlook, Denison’s LGBTQ organization, was prepared with weekly activities and events dispersed around campus that students could attend.

The front of slayter was filled last week with colorful drawings and empowering phrases that read, “Bi Pride,” “Stomp out Stigma” and “Not confused, Not a phase.” The chalkings made an appearance throughout the whole week in front of Slayter to kick off Coming Out Week.

On Tuesday, Outlook was supposed to host a pageant, but too many participants dropped out last minute and Outlook did not have enough time to find replacements. Instead, they held a screening of Rupaul’s Drag Race.

Coming Out Week means a lot to students at Denison, and Brian Paul Allen ‘17 shared why it’s very important to him.

“Outlook has hosted Coming Out Week for Denisonians, and in my opinion it’s a very important week for campus,” he said. I think the reason for this is because coming out is something that doesn’t just affect a certain group of people, but instead it has the ability to transcend onto everyone…It was a great week.”

Michael Sam, a former NFL player made a special appearance. This was the most anticipated event for the week, and “the process of making this event happen took months, but it was worth it in the end,” said Outlook President Jeremy Torres ‘18.

Sam, who spoke in Swasey on Wednesday, came out with elegance and talked not only his coming out story, but also about his childhood.

There was never a point where he seemed to brush over a or avoid a topic. Khadijah Muhammad ‘18, a communication and sociology  and anthropology double-major and supporter of Outlook believed that “it was essential for the community to hear his story because it opens our minds to understanding that depending on your identity… you can be oppressed. His unapologetic nature and honesty captivated us all and me personally as well.”

After his football career, Sam has been working with nonprofit organizations and trying to bring awareness to bullying, which is where his passions lie at this time in his life.

He explained to the audience, “I’m not here to force anyone to come out. I believe people can come out when they’re ready… I just want those people to know that they are not alone.”

The candle light vigil followed this event. People held candles around the flagpole and reflected with one another. It allowed students to share their own coming out experiences or provide support to others.

Katie Belfance ‘20, a political science major from Columbus, Ohio, shared why she loves this week. “Growing up with gay moms, I have been really passionate about equality. I appreciate the part of society that has formed a week of acceptance for people and continue to fight everyday,” she said.